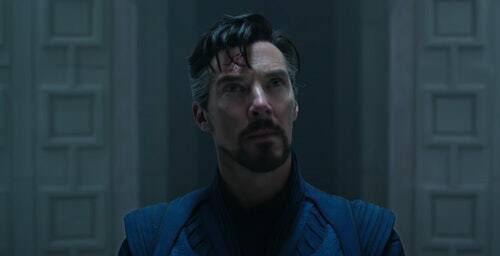 Inverse
Read news from The Economist, FT, Bloomberg and more, with one subscription
Learn More
29 years ago, Marvel unleashed Spider-Man’s most violent enemy ever

Input
From analysis to good news, read the world’s best news in one place
Jones Values Cowboys at Over $10 Billion, Vows to Never Sell Team

Dallas’s owner had a clear message about the future of the Cowboys.

Very over the top, extremely brutal and as French as a Johnny Hallyday calendar – here’s a rerelease for the gonzo crime thriller from 1997, directed by Jan Kounen and adapted from the pulp policier series by Joël Houssin. The hyperactive pop video aesthetic has dated a bit, and the crash zooms and the extreme close-ups are tiring, but there’s no doubting the ultraviolent, ultratasteless energy of it all: the movie gives the finger to all those arthouse wimps who might be thinking about wrinkling their noses and objecting to this film.

Romain Duris plays a gangster who takes a shit in the street and actually wipes his arse with a page from the esteemed film magazine Cahiers du Cinéma (an editorial from the distinguished critic Serge Toubiana, as it happens, entitled, ironically, “Les auteurs sont dans le bain”.) A lithe young Vincent Cassel plays Dobermann, a fearless bank robber who takes down financial institutions with his lairy crew, chief among them Dobermann’s deaf girlfriend Nat (Monica Bellucci). On his case is the psychopathic cop Cristini, played with genuine menace by Tchéky Karyo, and there’s a brief acting role for Gaspar Noé as a guy who works at a fast food stand and witnesses a gruesome act of misogynistic violence.

Now, it could be that Dobermann was an influence, of a kind, on Noé, who might well have transformed the coke-addled frenzy of Dobermann, as well as casting Cassell and Bellucci, into his deadly serious vision of hell in his film Irréversible. Perhaps Dobermann doesn’t look as cool as it once did, but the film is still high-octane, and the scenes of members of the public nervously jumping out of the way of police cars are worryingly real.

• Dobermann is released on 13 May in cinemas.

Vincent CasselGaspar Noé
Sign up to read this article