Do not rush to ease restrictions in ACT: experts 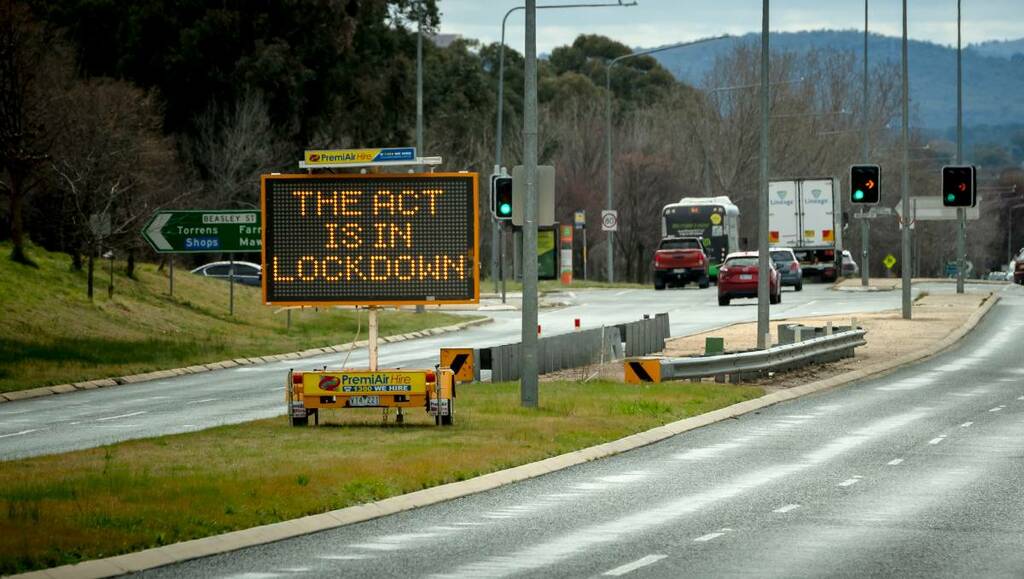 Canberrans will learn what their immediate future holds on Tuesday when the ACT government provides an update for restrictions beyond the scheduled end of lockdown, but experts warn rules should not be greatly relaxed.

The ACT reported 13 new cases of COVID-19 in the 24 hours to 8pm on Sunday, including 10 cases that were infectious in the community. Seven cases were linked, of which six were household contacts.

Mr Barr on Monday said there would be discussions in the afternoon and decisions would be finalised at a meeting early on Tuesday morning.

"I've repeatedly observed that one of the factors that we are looking at, beyond the headline numbers, is the number of cases infectious in the community, and whether they can be linked or not," Mr Barr said.

Professor Adrian Esterman, a biostatistician and epidemiologist at the University of South Australia, said the ACT could tighten restrictions for a short period to quash the outbreak.

"[The ACT is] so close to getting it down to single digits, I can't see why the government wouldn't want to do that," he said.

Professor Esterman said it would not take much to toughen restrictions, but there would need to be tighter rules for workers, and those who needed to work should use rapid antigen tests.

Associate Professor James Trauer, the head of the epidemiological modelling unit at Monash University, said the territory did not need to return to zero cases and it was unnecessary given the COVID-19 cases in NSW.

Professor Trauer said the ACT should ease restrictions in steps, each time assessing the impact on the outbreak and whether the change had led to an increase in the number of cases.

"As vaccination rates come through, you should be able to release the brakes on the system every couple of weeks and get a sense of whether things remain under control each time you release one of those brakes," he said.

The ACT government has previously eased restrictions in the outbreak, moving to allow construction work to return and outdoor recreation with five people from different households.