A cemetery has become 'overgrown' and covered in weeds - just weeks after numerous gravestones were trashed in an act of 'disgusting' vandalism.

Manchester City Council have been criticised for letting certain parts of the Southern Cemetery, off Princess Road, fall into a 'disgraceful' state, with one man even branding it 'dangerous' and 'a dump'. Pictures taken at the graveyard, which is the largest in the UK, shows overgrown grass and weeds around headstones at the site.

However, the council has hit back, saying that staff do their 'utmost to maintain cemeteries' but takes time to manage due to the 'substantial' size of the estate. They added that due to the number of memorials in place at the graveyard, lawnmowers are unable to access the grounds, meaning weed control measures and strimmers are used instead.

The cemetery hit headlines for the same reason four years ago, when the council admitted it had 'fallen behind on regular maintenance work', leaving some families even reduced to tears over what they called a 'forgotten land'.

And just last month, families were left distraught after 20 graves were vandalised, leaving ornaments and keepsakes smashed and photographs damaged in the attack. The council then made the move to lock the gate on Princess Road, which had previously been left open overnight.

Christian Brady, 33, from Sale, visits the graveyard regularly to remember his mum and grandparents and claims he met with council maintenance officials four years ago to discuss the same problem. However, he says it has recently become 'complete dump'.

He told the Manchester Evening News : "Four years ago I met with the council maintenance team at the cemetery, it had just become so disgraceful and overgrown. At the time, they were full of excuses as to why it hadn't been sorted but then miraculously, everything was tidied up again.

"It will never look its best because of the way it's organised, it's so hard to cut the grass because of the small gaps between all the headstones. They are too close together and at this time of year when the grass is growing so fast, it just looks awful and overgrown.

"If I was a pensioner trying to navigate my way through that, it would be difficult and its dangerous. It has become a complete dump and is just disgraceful to see.

"My grandparents and my mum are all buried there and whenever I leave I always feel angry and upset that it isn't maintained. We have had this same conversation before, and I can see its just going back to the way it used to be, it's so frustrating."

However, the Manchester Evening News understands that parts of the grounds have become inaccessible to maintenance workers due to additional decorations being added to memorials - meaning lawnmowers cannot be used to trim the grass down. Weed control plans are set to commence over the coming weeks, the council have said.

A spokesperson for Manchester City Council said: “Staff working for Bereavement Services do their utmost to maintain cemeteries, ensuring that family members and mourners are able to pay their respects. The estate managed by the team across the city’s cemeteries is substantial and takes time for maintenance teams to manage.

“Due to the number of memorials on this particular plot lawnmowers are unable to access the area. Bereavement Services have weed control plans in place which will commence in the next few weeks to address this problem as the summer months progress, as well as strimmers which are able to access areas which cannot be reached through conventional methods." 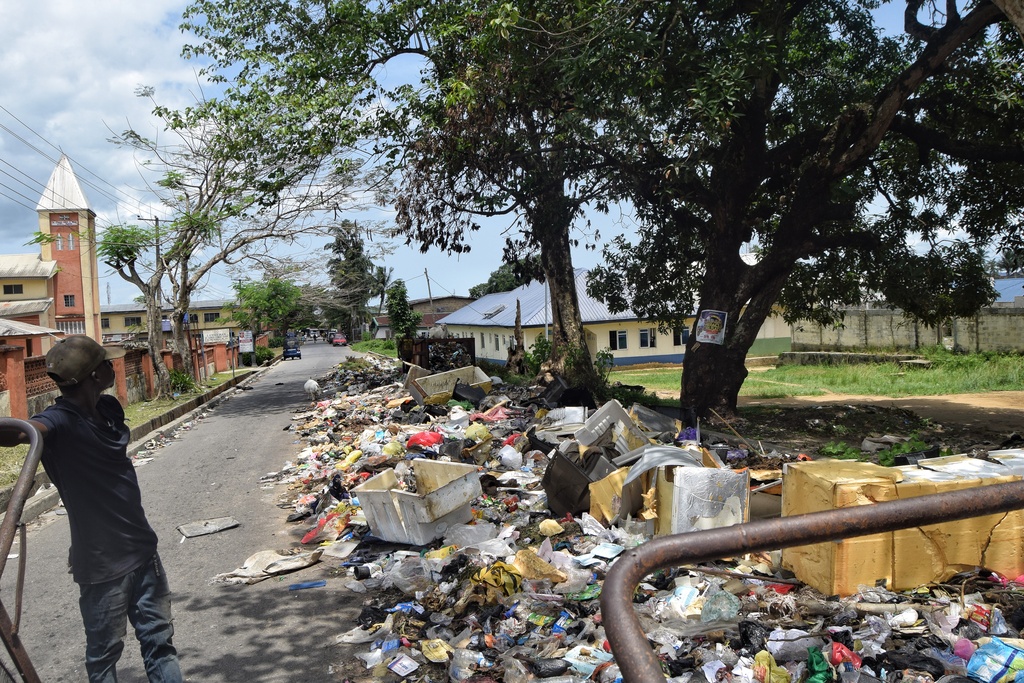 The decaying underbelly of Calabar, Nigeria’s ‘cleanest city’
In the 2000s, Calabar emerged as a tourism hub in Nigeria but all that good work has been rubbished by…