Citipointe Christian College in Brissy, which tried to instate and then retracted an anti-LGBTQIA+ enrolment contract, has been referred to the Queensland Human Rights Commission over discrimination complaints.

The original contract was sent to parents at Citipointe, who were told they had to sign it if their kids were attending the school. It called same-sex relationships “destructive to human relationships and society”.

It also contained significant transphobia (surprise, surprise), saying “the College… acknowledges the biological sex of a person as recognised at birth and requires practices consistent with that sex”.

After a fkn huge backlash — and initially defending the contract — the school retracted it back in February.

But then an equally fkd contract for teachers was revealed.

“It is a genuine occupational requirement of the college that the employee not act in a way he knows, or ought reasonably to know, is contrary to the religious beliefs of the college,” the contract, which was obtained by The Guardian, read.

“Nothing in his/her deliberate conduct should be incompatible with the intrinsic character of their position, especially, but not only, in relation to the expression of human sexuality through heterosexual, monogamous relationships, expressed intimately through marriage.”

According to The Guardian, the school said it was re-wording those employment contracts. Hmmm.

Now, parents and ex-students from the school have lodged five discrimination complaints with the Queensland Human Rights Commission. The complaints are being managed by the LGBTI Legal Service.

Their goal is to prevent discriminatory policies like Citipointe’s being introduced at other schools.

Parents of current & former @citipointeccb students are lodging complaints with the Human Rights Commission, supported by the #LGBTIQ+ legal service. “We need to make sure this can never happen again. Not at Citipointe, and not in any school in Aust.” @10NewsFirstQLD pic.twitter.com/P4gVBnILCT

Janina Leo, the parent of an ex-Citipointe student said she didn’t have a choice other than withdrawing her daughter from the school.

she said, per SBS.

“I would not sign a contract that supported discrimination against my own child and other LGBTIQ+ children.”

Former student Felicity Myers is one of the people pursuing a discrimination complaint. She told the ABC her experiences at the school had a really significant toll on her mental health.

Matilda Alexander  If you’d like to talk about the issues raised in this story, you can call the QLife LGBTI  peer support hotline on 1800 184 527 or  chat online.  QLife operates between 3pm and midnight daily. Under 25? You can reach Kids Helpline at 1800 55 1800 or  chat online.

“When I read the contract put out by Citipointe I was heartbroken that the identity of my daughter Emmey, and others like her, would not be recognised and supported by the school,” According to SBS, before the contracts were withdrawn the issue was referred to the Non-State School Accreditation Board where it caught the Queensland Human Rights Commission’s attention. “A school policy that requires a trans or gender diverse young person to be treated as their sex assigned at birth, or that requires a young person to hide or deny their sexuality, is likely to amount to unlawful discrimination,” it said. The LGBTI Legal Service’s president touched on the contract’s impact. “Our clients have suffered greatly due to these actions and these children will bear the scars for many years to come,” Alexander said. “The groundswell of support that our clients received, including from communities of faith, shows just how out of touch Citipointe’s views are.” PEDESTRIAN.TV has reached out to Citipointe Christian College for comment.
Sign up to read this article 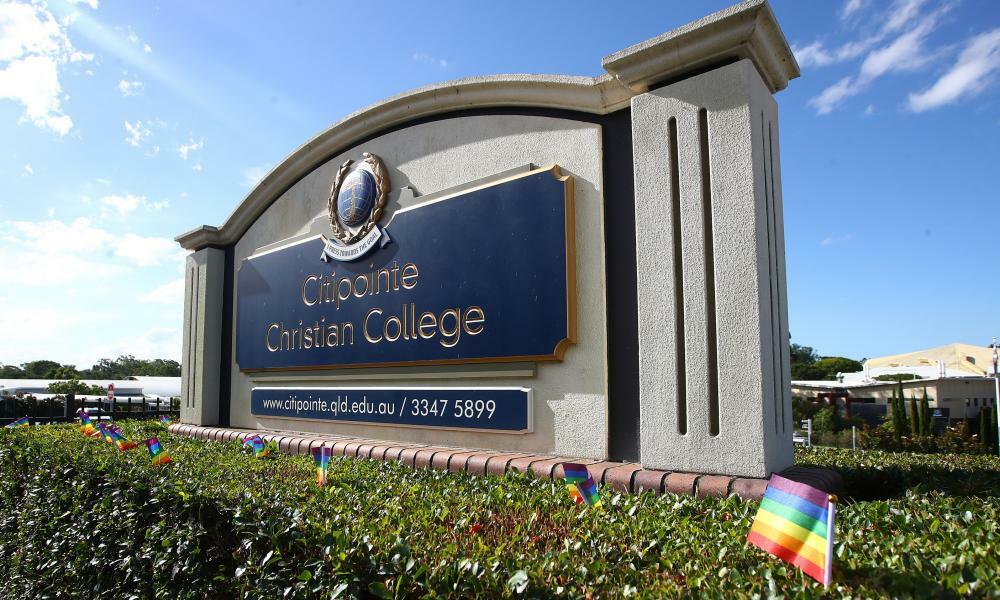 Parents and ex-students of Citipointe Christian College will file complaints with Queensland's Human Rights Commission over the school's enrolment contracts.