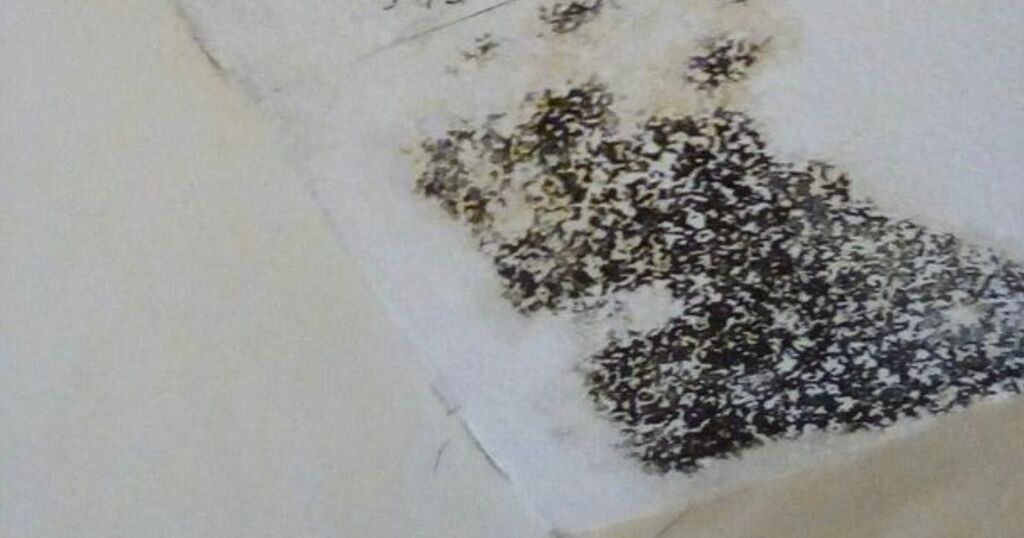 A disabled mum has been left fearing that her mouldy ceiling will fall in - and claims she is getting "fobbed off" by the local council.

Melanae Kenny, who lives in a ground floor, mobility-adapted council flat in Edinburgh, says a leak became apparent in her bathroom ceiling in June.

It has since become progressively bigger and bigger, she says - and is now producing black mould.

“You could see, because it had been redecorated, that the watermarks started appearing again. The council came back, went upstairs, found a visible leak, said they fixed it - then about a month later, July 15th, the ceiling started growing black mould on it.

“The work will be very expensive, which is why it could be getting swept under the carpet.

“The bathroom ceiling previously collapsed because of this leak - it’s very perturbing this might happen again.

“No one wants to live with black mould, it’s dangerous, it’s a health issue. If this was a private landlord Edinburgh City Council would be fining them for leaving the flat like this.”

After being contacted by the Local Democracy Reporting Service, Edinburgh City Council officials have now apologised to Ms Kenny and offered to fix the leak as soon as possible.

An Edinburgh City Council spokesperson said: “Getting our repairs service right for tenants is an absolute priority and we have apologised for the time it has taken to resolve this issue. It falls short of the service standards we aim to provide.

“We want to deliver the absolute best service that we can for tenants. That means making sure that our processes are working well, and that where there are issues we resolve them as quickly as possible.

“Improvements were required for cases of damp, mould or condensation and we now have a process that goes from start to finish, addressing the cause of the problem, and dealing with reinstatement of homes as a priority for tenants.

“We have contacted Melanie to help with her repairs and reinstate the property to a standard that is acceptable.”

But Ms Kenny says she remains sceptical of the council’s apology, adding: “That statement sounds a lot more robust than what I’ve been told.

“They said they can’t do anything yet - they haven’t got hold of the right person and they’re going to ring me tomorrow.

“It’s a very nice PR statement, but it doesn’t actually address anything and the action that’s been taken to date, so far hasn’t got me any further forward as when I was called by council officers, their first suggestion was to send a housing inspector back out tomorrow morning - despite him being here three weeks ago.

“Like they did six weeks ago, and nine weeks ago - what I actually need is remedy work.

“Instead of fixing it, I’m getting fobbed off left right and centre. Why should it take from July 15th, to me contacting the press, for me to get a call from someone who can help.

“Why do I need to go to the press before something is done?”