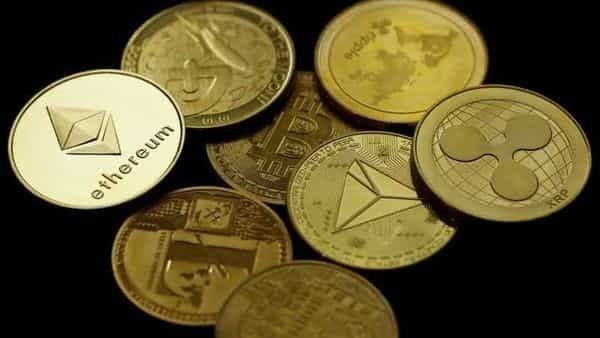 Investors have been ignoring progress toward government-issued electronic money, even as many countries are progressing rapidly toward their own online cash. They should ask two questions: Will the Federal Reserve issue a digital dollar? And will it eventually replace physical bank notes?

I think the answer to both questions is yes, and those who agree should be assessing the impact on future monetary policy already, because dramatic change is likely within the timespan of the 30-year Treasury.

The main monetary power of the digital dollar comes from the abolition of bank notes. If people can’t hoard physical money, it becomes much easier to cut interest rates far below zero; otherwise the zero rate on bank notes stuffed under the mattress looks attractive. And if interest rates can go far below zero, monetary policy is suddenly much more powerful and better suited to tackle deflation.

Before going on, a quick definition: I’m talking here about central bank-issued money usable by you and me, just as bank notes are. It might (or might not) pay interest, but it is different to money in an ordinary bank account, which is created by the commercial bank; the existing central-bank digital money, known as reserves, are used only to settle debts between banks and certain other institutions, not available for ordinary use.

Deeply negative rates won’t come straight away. Initially, central-bank digital currencies will almost certainly be designed to behave as much like ordinary bank notes as possible, to make their adoption easy and minimize disruption, while use of physical cash will be allowed to wither away. But those close to the development agree that monetary caution is unlikely to last.

“Central banks are making lots of effort to make sure that CBDC isn’t seen as a possible monetary-policy instrument," says Benoît Coeuré, head of the Bank for International Settlements’ innovation hub and a former European Central Bank policy maker. “My take is that that discussion will come only later."

This matters for investors, because if rates can be taken deeply negative it would shift the long-term outlook for interest rates and inflation. The ECB has a rate of -0.5%, the Bank of Japan -0.1% and the Swiss National Bank -0.75%. But none think they can go below -1%.

The main limit is that deeply negative rates would encourage people to switch to bank notes to “earn" zero on their savings, instead of losing money. There are costs to hoarding large amounts of physical money, including storage and insurance against fire or theft, which allows slightly negative rates. But go deep enough, and negative rates would be applied to an ever-shrinking pool of savings, undermining their efficacy and draining the banks.

The monetary impact of removing, or at least reducing, this effective lower bound, as economists call it, is profound. Instead of turning to new and still unproven tools like the bond-buying of quantitative easing, central banks would be able to keep cutting rates when a crisis hit. And they would cut a long way—the trillions of dollars of QE and other experimental policies were equivalent to a “shadow policy rate" for federal funds of minus 5% by 2011, according to BIS research.

The bank note alternative isn’t the only thing preventing central banks from taking rates to -5%.

“It isn’t natural," Mr. Coeuré told me. “Negative rates aren’t easy to understand. There will be a reluctance both by central banks and financial institutions to go there [deeply negative]."

Resistance from politicians and the public would make policy makers cautious about such radical policies, and some central bankers already worry about the side effects from prolonged periods of negative rates. But as Mr. Coeuré, who oversaw bond-buying while at the ECB, could tell you, what once seemed to be an impossibly extreme monetary policy can quickly become the norm.

Accept that interest rates might be deeply negative in serious recessions, and there is still a puzzle: Does that make long bond yields lower, or higher?

The argument for lower yields is basic mathematics. A 30-year bond should yield the average of the fed-funds rate over the period, plus or minus a risk premium. Take away the lower bound on rates, and the occasional negative rate should mean a lower average, all else equal.

As usual in economics, though, all else isn’t equal. The aim of deeply negative rates would be to stimulate the economy, creating a quicker recovery and allowing the central bank to raise rates again more quickly than if it was stuck at the lower bound for years, as the Fed was from 2008 to 2015 (the longest period without a rate change since at least 1954).

If negative rates worked, it might not mean a lower average over time. Instead, it might mean higher average inflation, and similar or even higher rates, as the economy could quickly be jerked out of the rut of secular stagnation, and rates and inflation return to normal.

“It is hard to say which way it would go," says Eswar Prasad, a professor of economics at Cornell University and author of a forthcoming book on digital currencies, “The Future of Money." “At times of extreme peril, it could make a difference."

Making a decision comes down to how you view monetary policy. If you think it doesn’t really work as stimulus anyway, then negative rates would provide little to no extra support; a Japanified economy with even more negative rates might just have lower bond yields, and still no inflation.

If you agree with the central banks that interest rates are a powerful tool for reflating the economy, then digital money removes the asymmetry that prevents rates being used to tackle deflation. That should remove much of the risk of persistent deflation, justifying higher long-term bond yields.

Either way, interest rates matter for bond yields, and electronic money can give central banks more freedom with interest rates. How long it takes is up for debate, but some countries have already moved beyond the experimental stage, and policy makers are feeling the pressure from crypto developers, especially so-called stablecoins tied to the value of ordinary currency. It is time for long-term investors to start paying attention.