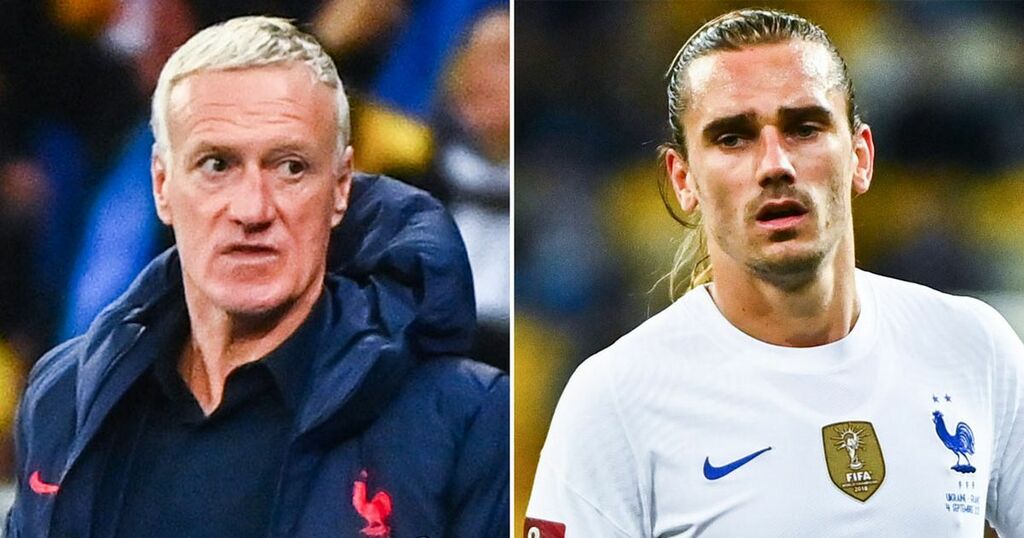 It isn't quite make-or-break, but France's World Cup qualifier against Finland in Lyon on Tuesday suddenly looks a lot more important than it might have been.

Because by the world champions' extremely high standards, they're struggling.

France have drawn each of their last five matches across 90 minutes, the first three of those coming at Euro 2020 where - as huge favourites for the competition - they were held by Hungary and Portugal in the group stages before throwing away that 3-1 lead to draw 3-3 with Switzerland and then lose on penalties.

But while that tournament exit led to widespread anguish and introspection, it is what has happened since which is providing the most cause for concern.

Stationed in what looked a fairly straightforward World Cup qualifying group, there was mild worry when France started their campaign with a 1-1 draw at home to Ukraine.

However that was quickly written off as a blip thanks to victories over Kazakhstan and Bosnia-Herzegovina, with Wales and Bulgaria then swept aside in pre-Euros friendlies as Les Bleus looked every inch the tournament favourites.

What happened in the stands on that night of the last-16 exit in Bucharest has since been pored over to the nth degree, with Adrien Rabiot's outspoken mother Veronique recently having her say, but the idea that it could come to resemble something of a harbinger of doom for France is suddenly real.

The resumption of the World Cup qualifiers this week has seen France draw 1-1 with both Bosnia and Ukraine, falling behind in both matches and failing to overly impress in either.

What's more, it appears that Didier Deschamps is running out of ideas in his attempts to stop the rot.

Some had predicted that France could suffer as they sought to integrate Karim Benzema following his surprising return to the international fold before the Euros, but this recent worrying downturn is nothing to do with anything the Real Madrid star has personally done.

He is said to have been been a largely positive influence on the group on a personal sense, with Kylian Mbappe for one delighted that a player he has idolised - and doubtless wants to play alongside in Madrid - is now available for him to learn from.

However, the shift in dynamic which includes his return is what has now 'imbalanced' the team, as suggested in L'Equipe.

They claim that Deschamps has altered his style somewhat, and is instead willing to take the players' opinions on board before ruthlessly making a decision.

This desire has left some players confused, not least Antoine Griezmann who is said to be questioning why he is constantly being asked to switch roles as plans change on a whim.

When your methods win you a World Cup then any alterations to your plans are going to be scrutinised, and that is what Deschamps is facing now.

Perhaps the very winning of that World Cup is an issue too, with the players' hunger and desire questioned in recent matches.

Skipper Hugo Lloris has pointed out what he sees as "a lack of commitment and aggressiveness" in the squad, calling on everyone to improve if results are to go the same way.

Yet with uncertain club futures for many of the players within the squad - Mbappe, Paul Pogba, Jules Kounde, Anthony Martial and then until recently Raphael Varane and Griezmann - then maybe international standards have been allowed to drop.

In such instances, it is up to the manager to sharpen bodies and minds and elevate standards once again.

Defeat at home to Finland, who France lost 2-0 at home to in a friendly 10 months ago, would leave the world champions with two fairly nervy qualifiers in November.

Deschamps might not be feeling the pressure just yet, but by then it could have cranked up significantly for the world champions.