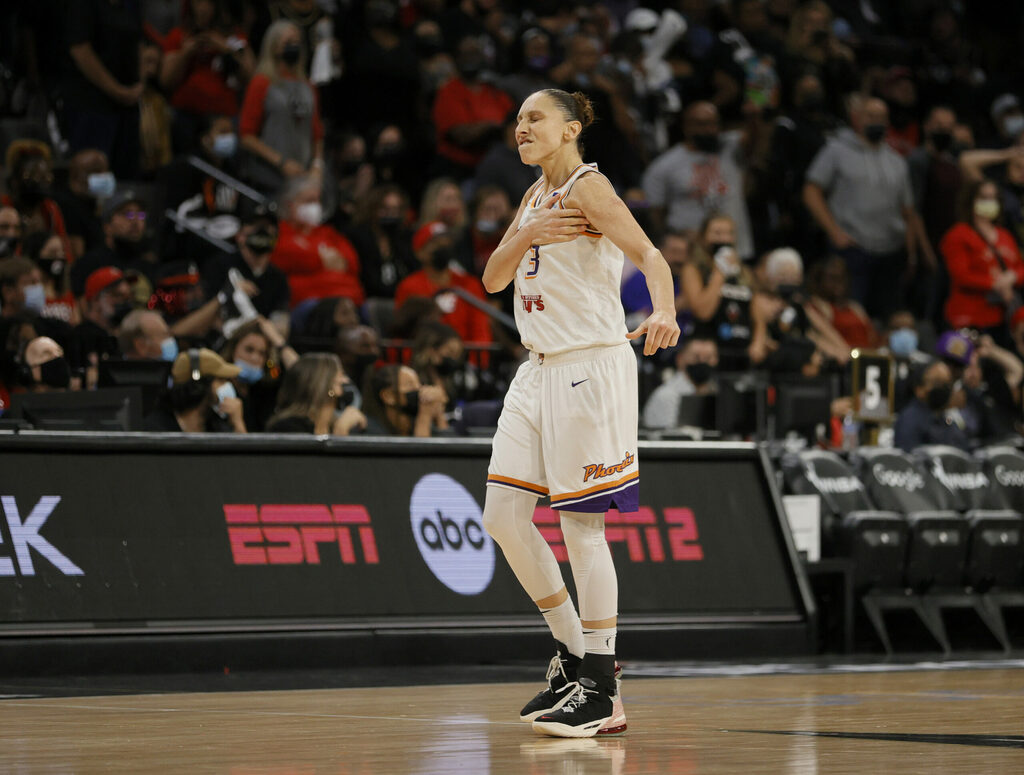 Look. There are many credible arguments you can make for a handful of professional athletes that might qualify them for being the greatest ever in their leagues and in their sports. The same goes for the WNBA — there are plenty of GOAT candidates there.

But, uh, there aren’t many with more compelling resumes than Diana Taurasi. And the thing is, at 39-years-old, she is still adding to her resume.

The way she completely ended the Las Vegas Aces on Friday night in the WNBA Semifinals is absolutely one of the greatest plays we’ve seen in recent sports memory. She just obliterated them to put the Mercury in the Finals.

First, Taurasi swatted 6-8 Liz Cambage’s shot on one end — keep in mind she’s only 6 feet tall herself. Then, she splashed a 3 to give the Mercury a decisive lead.

It was absolute madness.

Diana Taurasi blocks Liz Cambage from behind at one end, hits a three to take the lead at the other pic.twitter.com/Un3QpleoTx