Defending a Russian soldier accused of a war crime in Ukraine is no easy task, which is why some people have described Viktor Ovsyannikov as “the devil’s advocate”.

But the 43-year-old Ukrainian is unrepentant. “First of all, I am defending a person, not a crime,” Ovsyannikov said on Sunday on the eve of the verdict in the trial of the 21-year-old tank commander Vadim Shishimarin, who has already pleaded guilty to killing an unarmed civilian in late February. “I’m trying to prove that my defendant’s actions were misqualified. It’s up to judges to decide. I just do my job.”

“My family, friends and colleagues support me,” Ovsyannikov added. “They know someone has to do it. But there are other people who ‘invited’ me to go to Moscow or Donbas [the area in eastern Ukraine claimed by Russia-backed separatists].”

Prosecutors were astonished on Friday when Ovsyannikov asked judges in the courtroom in Kyiv to acquit Shishimarin despite his guilty plea, on the grounds that he had executed an order. The Ukrainian prosecutor Andriy Syniuk said the instruction to open fire could not be considered a military order and therefore did not protect Shishimarin from responsibility.

Ukraine has made seeking justice for atrocities committed by Russian troops a priority and national prosecutors are risking their lives to collect evidence of war crimes even in areas still threatened by enemy forces or laced with mines.

Shishimarin comes from Ust Illyinsk, in the south-east Irkutsk region of Russia, and was a commander of the Kantemirovskaya tank division on 28 February, the day that 62-year-old Oleksandr Shelipov died in Chupakhivka village.

Prosecutors say a group of Russian soldiers shot at a civilian vehicle after their convoy came under attack from Ukrainian forces, then stole the car and drove it away. They later came across the unarmed victim, who was talking on his phone a few dozen metres from his home. One of the men in the car told Shishimarin “to kill a civilian so he would not report them to Ukrainian defenders”, according to prosecutors. He opened fire out of the car window and shot down Shelipov.

This is not Ovsyannikov’s first controversial trial. In 2014 he defended the Russia-backed former president Viktor Yanukovych, who was eventually found guilty of high treason and sentenced in absentia to 13 years in prison over attempts to quash a pro-western uprising.

Ovsyannikov argues that ever since he accepted the task of defending Shishimarin, people have asked him the same question: “How can you defend a war criminal?”

“And I am so tired of explaining that, in Ukraine, only a court of law can recognise one as a criminal. And, as far as I know, there is no verdict for my defendant at the moment.”

The trial is unprecedented in Ukraine, where authorities are moving fast and trying to carry out justice while conflict is ongoing. Ukraine’s prosecutor general, Iryna Venediktova, has said she is preparing more than 40 cases for war crimes trials. Monday’s verdict is being seen as a public test of the independence of Ukraine’s judicial system.

“Of course, it is quite an important test and there is even stronger pressure from society on the judges to find him guilty,” said Ovsyannikov.

“My first impression of Shishimarin was of an ordinary person, just like you or me,” he said. “My second impression, when I started to work with him, is that he began to understand what had done. The only thing he desires now is to go back home. I am under this impression that he perceives this as some kind of a dream.”

• This article was amended on 23 May 2022 to change the spelling of Vadim Shishimarin to put into Guardian style. 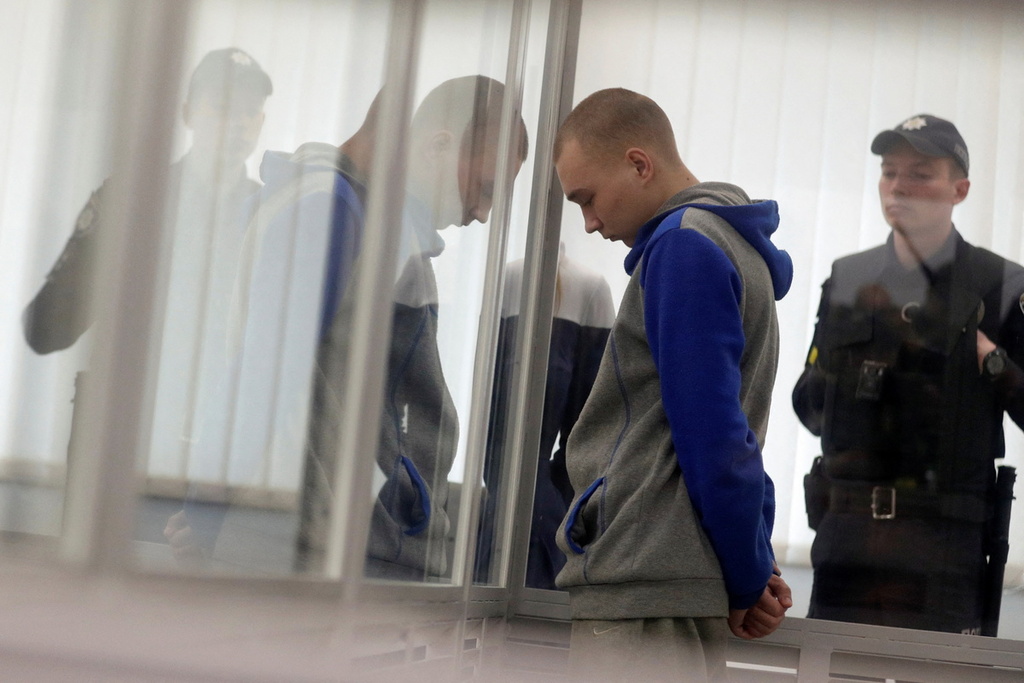