A developer has threatened to take Port Stephens Council to the land and environment court should councillors refuse to approve its plans for a Nelson Bay apartment building "as is" a second time.

Three councillors were in favour of approving the DA despite it being above the maximum height limit of 28 metres, but were voted down by the remaining four councillors at the September 13 meeting of council.

"We're very proud of the design we've put forward," Mr Salmon said. "We're putting it back up to council at the next meeting as is, no changes. If the council knocks it back again our only option is the land and environment court."

Mayor Ryan Palmer and councillors Matthew Bailey and Steve Tucker moved to approve the DA for an 11-storey building containing 81 residential flats and gym, 159 car and eight motorcycle parking spaces and a neighbourhood shop on the ground floor with ancillary cafe at 11-17 Church Street, Nelson Bay.

Council staff that assessed the DA recommended councillors approve its development and support the "variation request to the building height".

The reason that the DA went before councillors for approval is that it included included a "request to vary a development standard by greater than 10 per cent".

At its highest point, the proposed development is 30.18m, which exceeds the 28m height limit and represents a 14.9 per cent variation to the development standard.

Crs Leah Anderson, Giacomo Arnott, Peter Francis and Jason Wells opposed the DA and voted to defer it to allow for "conversations between council staff and the proponent" with the aim of "reducing the building height by one floor so the infraction against the building height limit is negligible".

Mr Salmon said it was the stylised roof that "took the height up".

The design has wings of a sea eagle to "make the building look more interesting" and to house solar panels and a wind turbine.

He said he would not "waste time" taking the roof off the building and sending the design back to planners.

"All the learned people in council and architects have recommended it strongly for approval. I've never seen a project more recommended for approval in my life," he said. "Redesigning a building isn't cheap and not as easy as councillors think it is."

Cr Tucker said the proposed apartment building, known as Ascent Nelson Bay and for the crane that has sat on the site for five years, had an "outstanding design" that was evenly spread over 11-17 Church Street so that it wasn't "over developing the site".

"You either go up or you go out," he said. "I think in this case, Nelson Bay already has the infrastructure... now we need to turn it into a liveable town."

Cr Palmer said he did not see the extra height on the building having a negative impact on the town but some "great benefits".

"We've been chasing, for a long time, investment in Nelson Bay. I know a lot of people will be happy to see that crane go, hopefully when there a building is on that site there. There will be a lot of positives that come out of this development."

Cr Anderson also commended the design of the building and supported an extra 81 dwellings being built in Nelson Bay that would increase the "housing stock" in the town. But, she ultimately refused to support the DA based on community concerns about overshadowing and loss of view, and that approving it could set a development precedent.

"What I can't get past is that it wasn't that long ago that the community went through a huge consultation process and agreed to set a height limit of 28m," she said.

"Then here's the next development coming to us almost 15 per cent above [the maximum height limit]. It makes me really worried that this will be the start of what will become the norm for Nelson Bay CBD high rise."

In assessing the DA, council staff noted that while the development exceeds the height limit, the development is "consistent with the vision of the Nelson Bay Town Centre Strategy as the exceedance does not interrupt any important view corridors".

Key issues identified throughout the assessment of the latest DA relate to building height, bulk and scale, overshadowing, view loss and visual impact. In its report to councillors for the September 13 meeting, planning staff addressed the concerns and concluded that the development should be approved.

"Following a thorough assessment of the relevant planning controls, issues raised in submissions and the key issues identified... it is considered that the application can be supported," Kate Drinan, the council's development and compliance section manager, said.

"On balance, the proposed development is suitable for the site and adequately responds to environmental, social and economic impacts from the development and therefore, is within the public interest."

COHO Property is behind four developments in Nelson Bay - apartment buildings in Yacaaba Street, Government Road, the sold out Talmora development in Stockton Street and Ascent in Church Street.

WHAT DO YOU THINK? We've made it a whole lot easier for you to have your say. Our new comment platform requires only one log-in to access articles and to join the discussion on the Newcastle Herald website. Find out how to register so you can enjoy civil, friendly and engaging discussions. Sign up for a subscription here. 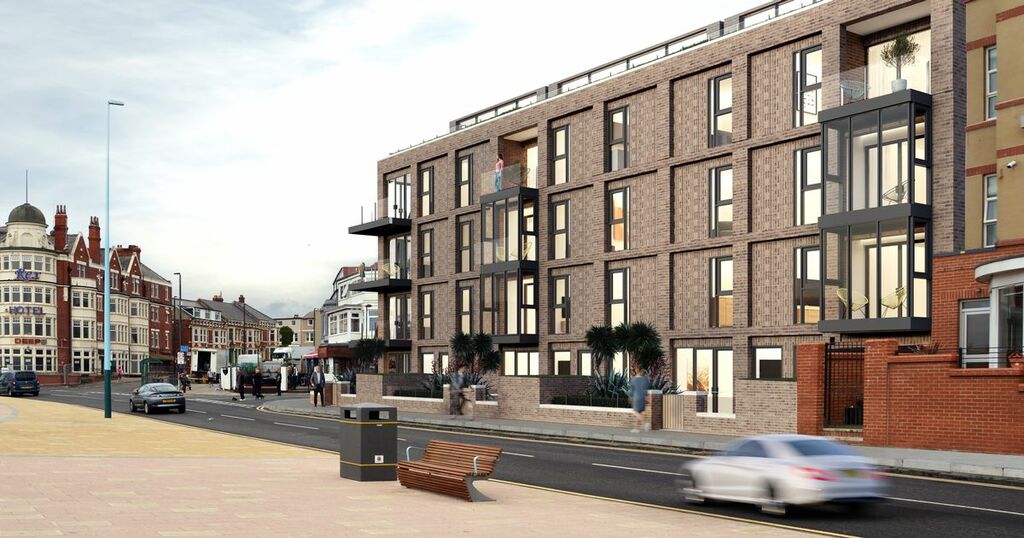 Chronicle Live
From analysis to the latest developments in health, read the most diverse news in one place.
Work begins on residential development Sovereign Park at The Hill

The low-rise development will comprise 155 apartments and 11 townhouses with an infinity pool, outdoor gym and wellness deck.

Council approves plans to build a 145-room luxury hotel near Cataract Gorge, despite fierce opposition from community groups and local…

A public consultation on the plans has been launched

Manchester Evening News
One place to find news on any topic, from hundreds of sites.
Annoyed neighbours fight to preserve 'last view' of the Tyne in Wallsend after building plans emerge

Families on Railway Terrace, Wallsend, are taking a stand against a company's plan to erect a 50 metre high, 270…