Former prime minister Scott Morrison has spoken out for the first time since his brutal election loss – saying he’s “going back to being a quiet Australian in the Shire”.

Mr Morrison emerged from days of self-imposed silence on Thursday, to confirm he and his family were in the process of moving out of the prime minister’s official Kirribilli residence following the Coalition’s election defeat.

Just days ago, Mr Morrison was busy travelling around the country as the sitting PM, asking Australians for their vote.

With Labor leader Anthony Albanese having taken over in that role, Mr Morrison told 2GB on Thursday morning that he’s back living a relatively normal life – and doing comparatively mundane tasks like the school drop-off run for his two daughters.

“I’ve just dropped them off at school this morning,” he said.

“I’m looking forward to being a dad again. It’s been a while since I’ve been able to spend as much time as I would have liked with the family.”

Host Ben Fordham shared that Mr Morrison had previously joked about taking on a gig as an Uber driver to account for his imminent pay cut.

As PM, Mr Morrison earned about $550,000 a year (plus numerous other benefits, such as the free accommodation overlooking Sydney harbour). As the humble member for Cook, in southern Sydney, he will earn about $211,250.

“The other day I was reading an ad for Uber and explaining to people how you can make a bit of extra cash on top of your job, and you sent a message through saying ‘maybe that’s something for me’,” Fordham said.

“I mean, we all worked through a time as leaders of governments, together as part of that group, it was very difficult,” he said.

With former defence minister Peter Dutton poised to take the reins of the Liberal Party following Mr Morrison’s resignation, the ousted PM told 2GB that he was “devastated” that former treasurer Josh Frydenberg wasn’t in the running after losing his Melbourne seat.

“I’m devastated that Josh won’t be there. Josh was a huge part of the party’s future and I certainly hope he still is in some way,” Mr Morrison said

Despite his resignation as Liberal leader, Mr Morrison is staying on as a backbencher, insisting he has “no plans” to leave federal politics.

“I have no plans to go anywhere,” he said.

Dutton says he’s the right person to lead the Libs

Also appearing on 2GB on Thursday morning, Peter Dutton said he believed he was the right person to lead the Liberal Party, and was confident he could guide the Coalition to victory at the next federal election.

Mr Dutton is favourite to become opposition leader when the Liberals gather for a party room meeting next week.

While there have been suggestions the Coalition would need to become more moderate to be more competitive, Mr Dutton said the party had to return to its roots.

That meant making sure that it represented all Australians but with a particular focus on people in the suburbs.

“I’ve learnt a lot from the leaders I’ve served under and I believe we can win the next election, but there’s a lot of work between now and then.”

While former environment minister Sussan Ley is widely tipped to become the deputy Liberal leader, Mr Dutton said it would be for the party room to decide.

There were many “great candidates” for the role.

“There are a number who could serve very ably as deputy, we’re just working that out at the moment,” he said. 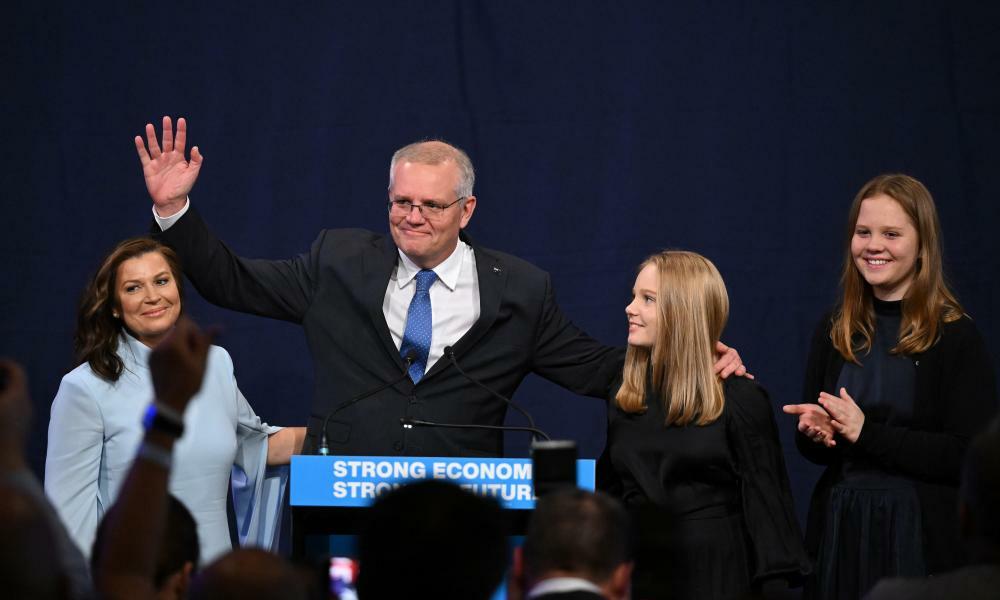 Scott Morrison confirms he will remain in politics after election defeat
Former PM says he will back new Liberal leader and downplays loss, saying party ‘will regroup’

Peter Dutton says he could guide the Liberals to win the next election, while saying the party needs to be…

Crikey
Morrison back to being ‘quiet Australian’