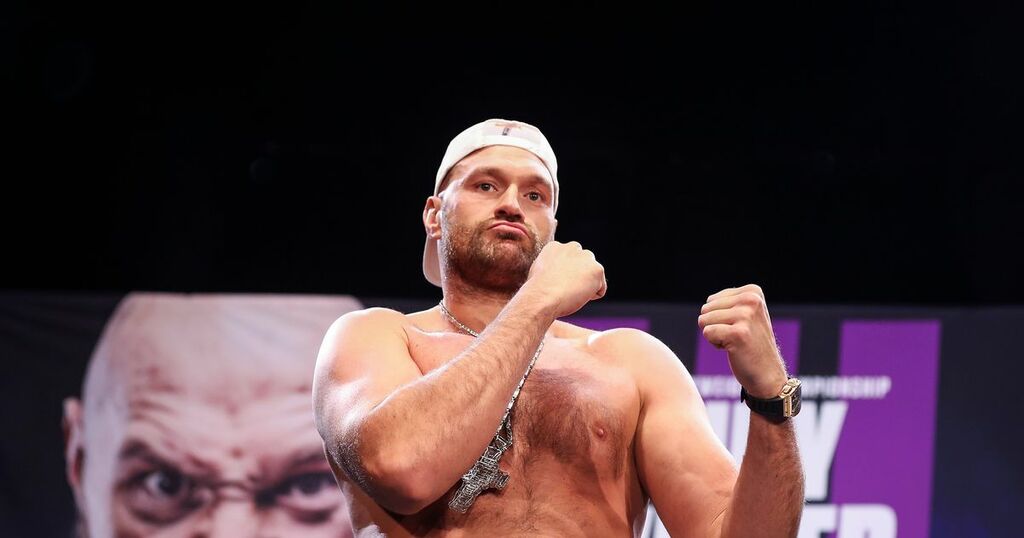 Details have emerged regarding a behind-closed-doors sparring session between Tyson Fury and Anthony Joshua in London, where the latter 'boxed the head off' his opponent.

The two heavyweight title holders are on a collision course for a fiercely-anticipated unification bout next year, with both fighters eyeing the showdown.

However, that won't be the first time that the pair have faced off in the ring as they previously met in a sparring session in 2010, where a young Joshua made quite the impression.

“He’s holding the ropes and I’m telling him, ‘No you can’t do that you can’t hold the ropes’, and he gets off. But Josh got the better of him in the third round.

"I’ve said to him for the second to just go and do what he’s done, but Tyson starts mouthing off to Josh, getting in his ear talking to him.

“So Josh is getting a bit wild, trying to knock him out, and I had to tell him to stick to his boxing and do what I told him and ignore the talking. So he’s gone out the next round, ignored it and boxed his head off.”

Speaking to BBC London after that session, Fury admitted that he was caught out and identified Joshua as one to watch.

“If I’d have had a bit of a weak chin, I’d have been knocked out for a month. He’s very, very good and he’s only young, 20, watch out for that name Anthony Joshua - he is one prospect for the future.