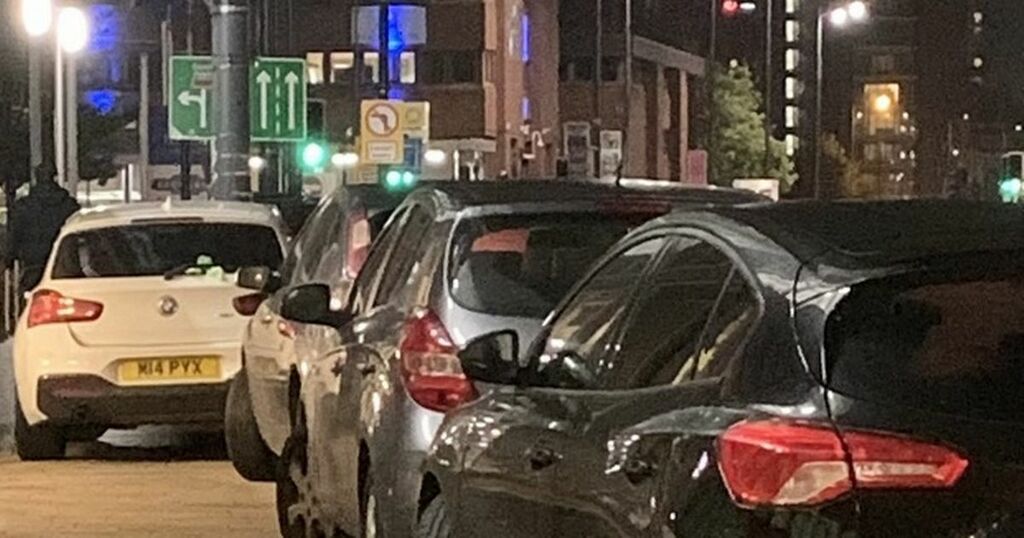 A Liverpool dessert parlour at the centre of an ongoing row about 'out of control' pavement parking has responded to complaints.

Heavenly Desserts, based on The Strand in Liverpool City Centre, has been the target of complaints from a city councillor after regular reports of large numbers of cars parking illegally on the pavement outside the business.

The dessert parlour, which arrived in Liverpool in 2017, has now applied for a premises licence and permission to sell its refreshments late into the night and early morning.

City centre councillor Nick Small has regularly been reporting the fact that cars have been parking illegally and dangerously on the pavement outside the parlour - with delivery drivers and customers among those involved.

Cllr Small has objected to the licence application, arguing that it will make what is an 'out of control' problem even worse.

Last month the ECHO published remarkable footage of around nine vehicles parked fully on the pavement on The Strand, outside Heavenly Desserts, with doors open and music blaring from some of the cars involved.

The ECHO approached the business over the complaints made and has now had a response.

Nick Gemmell, area manager for Heavenly Desserts said: "We are currently reviewing the matter in question.

"At Heavenly Desserts we always endeavour to ensure that our patrons and affiliates act responsibly, whilst on and around our premises.

"We are part of a fabulous community that we cherish and work symbiotically alongside.

"Whilst the parking situation is one which we cannot solely control, we are diligently working in unison with local authorities to assist wherever possible. Once we have reviewed the matter in it’s totality, we shall be happy to provide further response."

The licencing application for Heavenly Desserts will be heard in the coming weeks.

In his written submission, Cllr Small said: ""There have been persistent parking problems associated with these premises in the evenings with customers and delivery drivers persistently parking illegally on the pavements to access the premises. This is both take-away customers and dine-in customers.

"This causes issues, particularly for residents living at the One Park West development, in which the premises are located and also for vulnerable pedestrians. It also compromises road safety in the area.

2Although the city council’s Parking Services Team has recently put extra resources into out-of-hours parking enforcement and has actively targeted enforcement in this part of Strand Street, the problems associated with anti-social and illegal parking from these premises are already out of control.

"I fear that granting a licence for late night refreshment without strong conditions in place, backed up with funding from the business will make an already bad situation far worse."