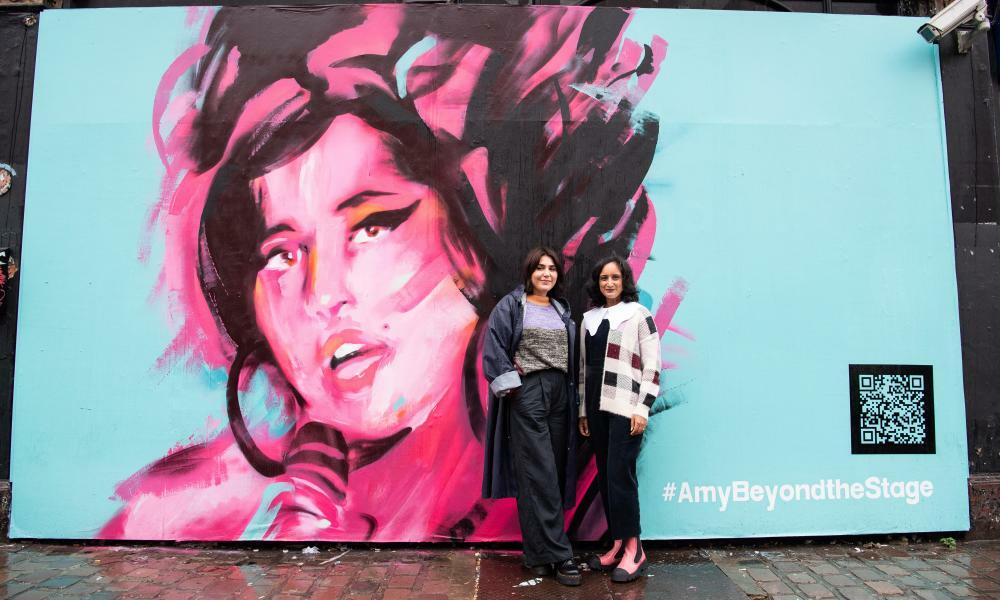 A major retrospective of Amy Winehouse’s life and career will cast her as a “music intellectual” and feature personal items displayed for the first time, including her first electric guitar and handwritten notebooks, and an immersive tour.

Amy: Beyond the Stage, which opens at the Design Museum in London on 26 November, is the first such exhibition of the singer’s life in the UK, coming 10 years after her death aged 27.

Priya Khanchandani, the head of curatorial at the Design Museum, said the show would focus heavily on Winehouse’s musicianship, fashion sense and the dozens of stylistic influences she drew from during her career, from Dinah Washington to Frank Sinatra.

Khanchandani said: “It felt like there was something that had been left unsaid about Amy’s story and about her as a serious musician – the way she’d been reflected in the media had really diminished her legacy. There’s a lot of noise surrounding her story that has engulfed it and I’ve been trying to pick away at the layers, and make sure we tell the right story.”

The immersive exhibition will include a presentation of Winehouse’s clothes and an exploration of her aesthetic, with items including the red Moschino bag and the yellow Preen dress she wore to the 2007 Brit awards, plus handwritten notes and lyrics.

The show also includes an installation inspired by the Metropolis studio that Winehouse recorded in, designed by the artist Chiara Stephenson, and will feature different rooms that focus on her music, style and influences.

The “finale” is an immersive semicircular space where multiple computer-generated figures of Winehouse and handwritten material from her archive are turned into an animated experience by Studio Moross.

Other items include her first electric guitar, a Daphne blue Fender Stratocaster that she used during the release of her debut album, Frank; and the show will detail how Winehouse wrote and recorded her seminal album Back to Black, which made her an international star.

Winehouse’s friend and creative director Naomi Parry, who worked as a special adviser on the project, said she hoped the exhibition would clearly define Winehouse as an artist rather than the media portrayal. “I hope this is the definitive narrative and that it gives her younger audience the opportunity to experience her, because they’re never going to see her on stage.”

In 2020 the Grammy Museum in Los Angeles held the exhibition Beyond Black, which looked at Winehouse’s fashion sense, but this is the first major look back at her life and work in a British institution.

London’s Jewish Museum also hosted an exhibition of the singer’s personal items, including shoes, CDs and photographs in 2013, with her brother Alex contributing the captions for the show.

Amy: Beyond the Stage is the latest cultural event to mark the 10-year anniversary of Winehouse’s death and comes after a BBC documentary, Reclaiming Amy, that offered her family’s take on her life and legacy.

The documentary was seen as a riposte to Asif Kapadia’s 2015 documentary Amy, which was critical of her family and was labelled “a disgrace” by her father and “a tragic masterpiece” by the Guardian.

Winehouse’s estate is also working on releasing new early music by the singer, as well as a stage musical and a biopic.