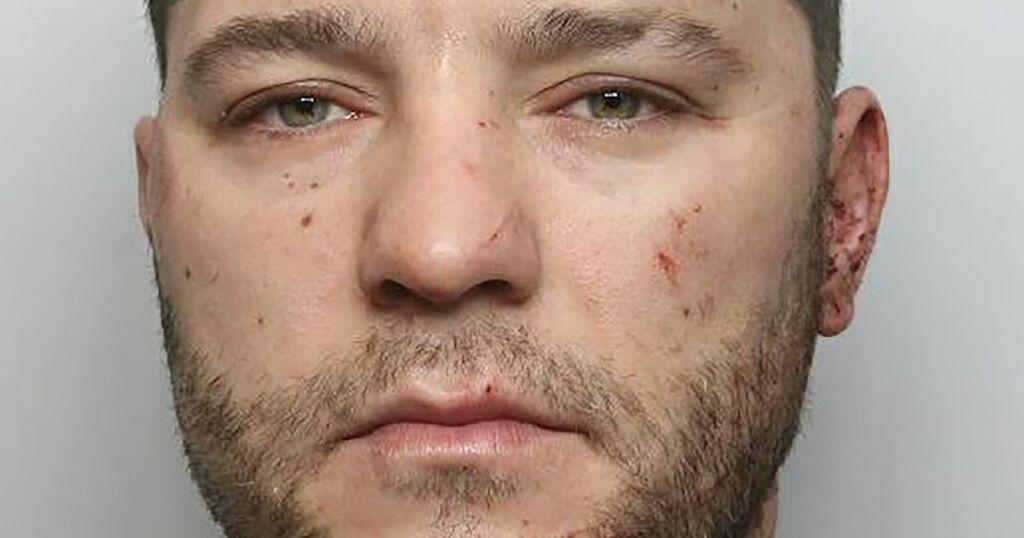 A list of offences were catalogued in Sutton-in-Ashfield during what a criminal's barrister has called "a drug-induced descent into madness".

Derby Crown Court heard how 37-year-old Stewart Proctor attacked a woman who decided to leave his property after he told her "I am God, I am a wizard".

He went on to stop traffic in the street offering to fight men in a van and then dropped his trousers and exposed himself to strangers, Derbyshire Live reported.

The defendant assaulted a second woman, racially-abused a third who was a neighbour whose CCTV cameras he stole.

And Proctor also spat repeatedly at a police officer who had gone to his home amid fears the defendant would harm himself.

Jailing him for a total of 28 months, Judge Nirmal Shant QC said: "It is quite plain you have had a very difficult background and in addition to that there is a history of mental health issues.

"But you have not helped yourself by your consumption of drugs."

Outlining each of them in chronological order she said police went to his address on April 15, 2019 and found him standing on a window sill.

Miss Wilson said believing Proctor was going to harm himself officers talked him into getting down but he then spat at one of them in the face.

She said the racial abuse and theft of the neighbour's CCTV camera happened in June of that year and then the assault on the first woman happened in Derbyshire in December 2019.

Miss Wilson said on July 14, 2020, the defendant was seen by drivers in Stoneyford Road, Sutton-in-Ashfield.

She said: "He was holding a bottle of wine, threw it at a car causing it to smash on its bonnet.

"He was arguing with anyone in the immediate vicinity, shouting and swearing at men in a van and wanting to fight with them.

"He was not wearing a top and then dropped his trousers and exposed his genitals."

And Miss Wilson said the assault on the woman took place after she had been at his address in Elder Street, Sutton-in-Ashfield, on December 21, 2020.

She said: "All were intoxicated and he began starting to make odd chants saying 'I am God, I am a wizard'.

"She decided to leave because he was being weird but he followed her outside, began shouting at her and then attacked her, punching her to the face and then kicking her while she was on the floor."

But he took one of the cases to trial meaning one of the women he assaulted had to relive her ordeal giving evidence at Derby Crown Court.

On that occasion, a jury found him guilty of assault occasioning actual bodily harm.

As well as the jail sentence, Judge Shant handed Proctor a five-year restraining order not to contact her.

Christopher Brewin, defending, said: "There is background that led to demons being released during a drug-induced descent into madness.

"He knows he is going to be spending some time in custody and he is worried about losing his accommodation."