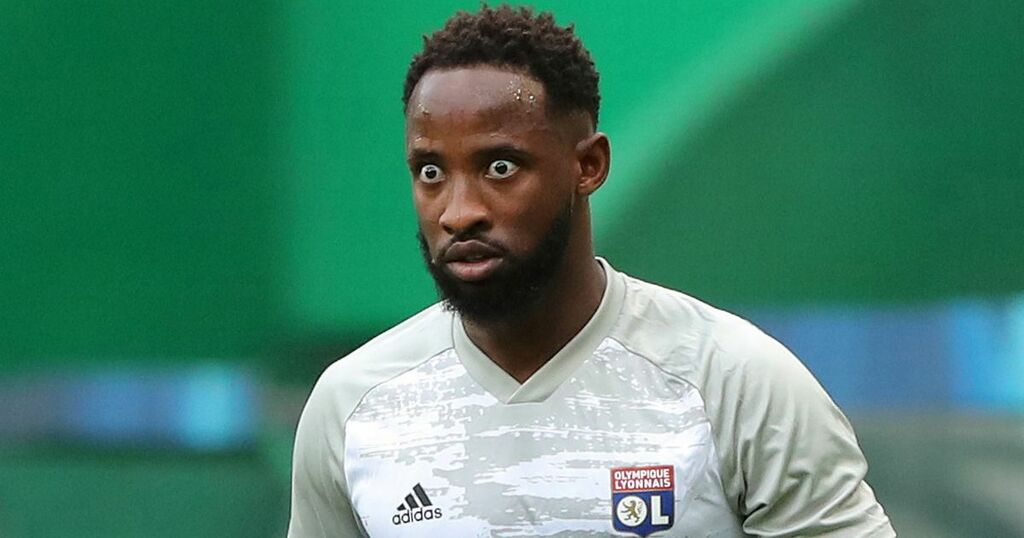 Derek McInnes reckons Moussa Dembele’s trolling of Rangers on social media proves he’ll be desperate to put one over his old rivals at Ibrox on Thursday.

The French striker might have left Celtic fo Lyon in a £20 million move three years ago but the Hoops never left him.

And Dembele never missed an opportunity to put the boot into the Light Blues with a succession of cheeky digs.

When Celtic sealed their Treble Treble in 2019, he wrote on Twitter:"Few weeks ago Rangers threw a party for their 6 wins in a row, today we celebrate making history and our 9 trophies in a row.”

And when the Parkhead club asked on Twitter what fans’ favourite derby memories were, offering four options, Dembele replied: "That’s a tough one... what about when we SMASHED them for the title at home?

“The double nutmeg back-heel? The Lustig Top hat celebration? Jozo tackle? or when we kept the ball by the corner flag with @patrick7roberts? too many memories! So... I’ll pick them all #DerbyDayIsCelticDay”.

The tables have since turned in Glasgow with Rangers now champions and Dembele, after a loan spell at Atletico Madrid last season, is set to return to Ibrox with Lyon for their Europa League group opener.

And writing in his Mail on Sunday column: McInnes said: “If Moussa Dembele’s social media output is anything to go by, then Rangers can expect to face a highly-motivated striker at Ibrox on Thursday night.

“The Frenchman has made no attempt to hide his affection for Celtic since leaving for Lyon in 2018 and posts regularly about his time in Scotland.

“He had a knack of scoring in the Old Firm games and I’m sure the prospect of returning to Glasgow on Europa League duty this week will hold plenty of appeal to him.”

But former Rangers midfielder McInnes knows his old club have handled some daunting Euro challenges in recent years under Gerrard.

And he said: “Lyon have not started the season at their best but they are one of the top clubs in France and were the obvious favourites for this group when the draw was made.

“But Rangers have dealt with high-profile opposition well over the past few seasons. Rangers should go in with a lot of confidence.

“The Rangers players have thrived on these special atmospheres, this showcase for their talents and these nights certainly bring out the best in Alfredo Morelos.”

Morelos and Dembele were often compared during their time as rivals in Glasgow and McInnes said: ‘While Dembele got his big- money move, Morelos is still here.

“By all accounts, there were no serious offers for the Colombian this summer. That’s a surprise because Morelos has been a key player for Steven Gerrard, not least in Europe.

“There doesn’t seem to be any secret that he wants to challenge himself in a better league.

“Speaking as a manager, his temperament wouldn’t put me off signing him. Managers always feel they can be the one to sort that out, although the clubs themselves may feel differently.

“By continuing to play well on the European stage, he can enhance his chances. But there’s another side to that.

“Rangers can offer a player like Morelos an awful lot. The fans adore him and he is playing in front of full stadiums. It was vital they hung on to him for that title-winning season.

“His profile is high and provided he keeps thriving on that responsibility I’m sure Rangers will receive offers.”