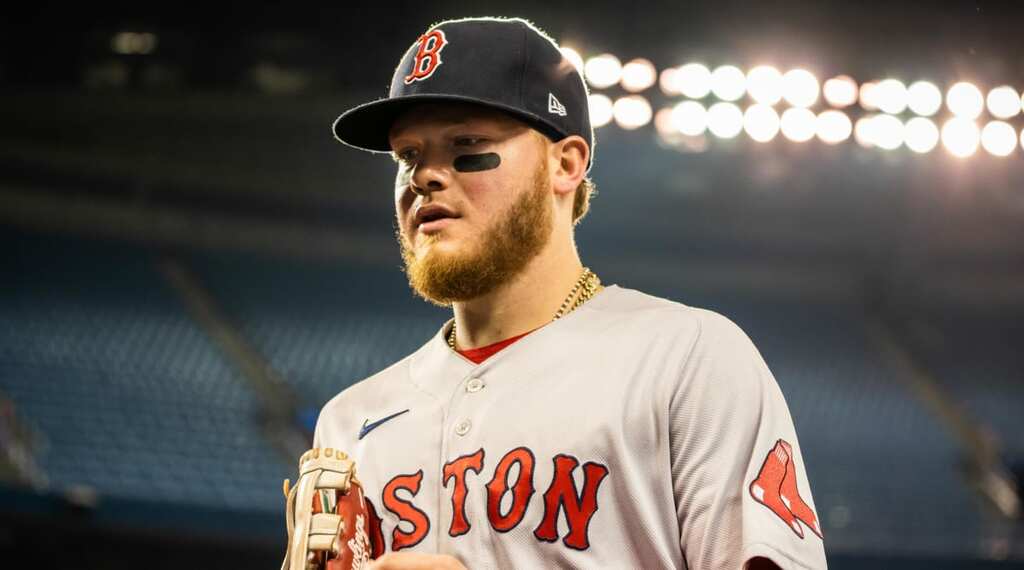 The last six weeks have not been good for the Red Sox. They fell out of first place on the final day of July after losing four of five games to finish the month. Then, they proceeded to lose eight of their first 11 games in August. On Aug. 31, exactly one month after they first dropped to second in the AL East, they were 10 games behind the Rays.

Toward the end of this free fall, Kiké Hernández, who is vaccinated, tested positive for COVID-19 on Aug. 27. That day, Christian Arroyo was isolated from the team after he was identified as a close contact to Hernández, and two days later, he also tested positive for the virus. They were the first two of 11 Boston players to land on the COVID-19-related injured list over the last week and a half. Ironically, it was during this time that the Red Sox briefly returned to form, when they won six of nine games against Cleveland and Tampa Bay, including four straight to begin September.

Then, over the last few days, their sudden lack of depth was exposed in a pair of losses that could end up making the difference between a spot in the playoffs and a spot on the couch.

When Nick Pivetta was scratched from his Sunday start due to a positive test, Kutter Crawford was called up to make his major league debut against Cleveland. After arriving in Boston at 4:30 a.m. on Saturday due to a hellish-sounding layover while on the team’s taxi squad, Crawford, a former 16th-round pick, allowed five earned runs in two-plus innings. The ball was then handed to Geoff Hartlieb, a reliever who’d allowed 11 earned runs in nine innings for the Pirates and Mets this year and was just claimed off waivers the day before in a rush to restock the roster. The next guy out of the bullpen was Stephen Gonsalves, who before being called up last week had last pitched in the majors in 2018. Boston went on to lose, 11–5.

On Monday, a defeat to the Rays was even more crushing. In a game the Red Sox led 7–1 after two innings, Tampa Bay trimmed the deficit against Chris Sale in large part due to a Little League grand slam from Nelson Cruz. A fly ball that Alex Verdugo lost in the sun bounced off his glove. He recovered and threw it to the relay man, replacement second baseman Taylor Motter, who was claimed off waivers from the Rockies last week. The 41-year-old Cruz was chugging around the bases and on his way to third. Motter tried to nail him, but the throw sailed into the stands, allowing Cruz to score.

Tampa Bay tied it up later on Austin Meadows’s legitimate inside-the-park homer in the ninth inning off fill-in closer Garrett Whitlock—usual closer Matt Barnes is one of the 11 players unavailable due to virus protocols. The Red Sox had a golden opportunity in the bottom half of the frame to walk it off with men on first and second with no outs, but a bunt pop up from Christian Vásquez and a double play from fill-in infielder Jonathan Araúz squandered the chance and sent the game to extras. In the 10th, Cruz and Brandon Lowe knocked in two runs. With Boston down one in the home half, backup catcher Kevin Plawecki pinch hit with the bases loaded, but grounded out to end it.

Boston’s lead over the Mariners and Blue Jays for the second spot in the AL wild-card game is now down to three games, with Oakland a half-game behind them. The Red Sox are given a 79.4% chance of qualifying for the playoffs by FanGraphs, which is far better odds than most gave them before the season. But essentially they are relegated to the wild-card game after Monday’s loss to the AL East-leading Rays, if they weren’t already. And those odds don’t account for this team’s depth taking a hit for the next week or two as players continue to go through the COVID-19 protocols.

The outbreak has spread to every part of Boston’s roster, but two areas stand out for being hit especially hard.

The infield has had to work around the losses of Hernández, Arroyo, Xander Bogaerts, Danny Santana and Yairo Muñoz. Both of Monday’s starting middle infielders, Motter and Araúz, are hitting below .200. The situation has gotten dire enough to merit the Monday signing of Jose Iglesias, who slashed .259/.295/.375 with the Angels this year and saw his once-elite defense fall off a cliff, accounting for -21 defensive runs saved and committing 16 errors after making 18 in the 2018-20 seasons combined.

The bullpen is without Barnes, two of the top setup guys, Hirokazu Sawamura and Josh Taylor, and the long man in Martín Pérez. Adam Ottavino has 11 saves, but after not giving up home runs in his first 58 appearances this year, he’s now allowed one in each of his last two games after Cruz launched a majestic bomb off him Monday that sailed over the Green Monster and out of Fenway Park.

The Rays’ victory over Boston, their 10th of the season against seven losses, clinched the season series victory for them. Despite the massive difference in payroll in favor of the Red Sox, it’s Tampa Bay that’s proven to have the more talented, deep pool of players to call upon. One of the front office executives who oversaw that collection of talent, Chaim Bloom, was hired away from the Rays in October 2019 to run Boston’s baseball operations. He could be the right person to rebuild Boston’s farm system, which was mostly bare of high-impact prospects during Dave Dombrowski’s tenure and is on the upswing now. But very few teams have the depth to withstand the sort of challenge Boston is facing now at the most crucial time of the season.

Maybe this is much ado about nothing. The Red Sox probably would’ve won Monday if Verdugo didn't lose Cruz's fly ball in the sun, effectively knocking Sale out of the game. Hernández, the first player affected by the outbreak, may be ready to return as soon as Tuesday. But the defeats they’ve suffered this week could also be the beginning of a unique kind of collapse that could occur only during the pandemic era.