Delhi schools for classes 6-8 to reopen or not? DDMA to decide, says Manish Sisodia 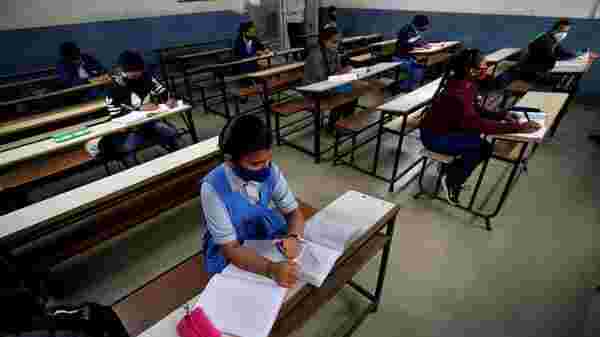 A decision to reopen schools for classes 6 to 8 will be taken in the District Disaster Management Authority (DDMA) meeting, Delhi Deputy Chief Minister and Education Minister Manish Sisodia on Tuesday said.

Schools in Delhi reopened for students of 9 to 12 on 1 September, almost one and a half years after educational institutions were shut down due to a spike in Covid-19 cases.

Sisodia had said that no student will be forced to come to schools and that consent of parents will be mandatory for children to return to schools and if they don't allow, students won't be forced or considered absent.

The city had faced a brutal second wave of Covid-19 earlier this year, prompting the AAP government to impose a lockdown from 19 April to 30 May.

After the first coronavirus wave hit India, schools were closed in March last year. They had reopened for classes 9 to 11 in Delhi on February 5, 2021, but were again shut on 9 April after Covid-19 cases rose in the second wave of the pandemic.

Meanwhile, no death due to coronavirus was recorded in the national capital on Monday, while 32 fresh cases of the infection were reported with a positivity rate of 0.06 per cent, according to data shared by the city health department.

The national capital has not recorded any fatality due to the infection in September so far.

The low number of cases can also be attributed to fewer tests (54,611) conducted on Sunday.

With the new cases, the overall infection tally in the city climbs to 14,37,991. Of this, over 14.12 lakh patients have recovered from the disease.