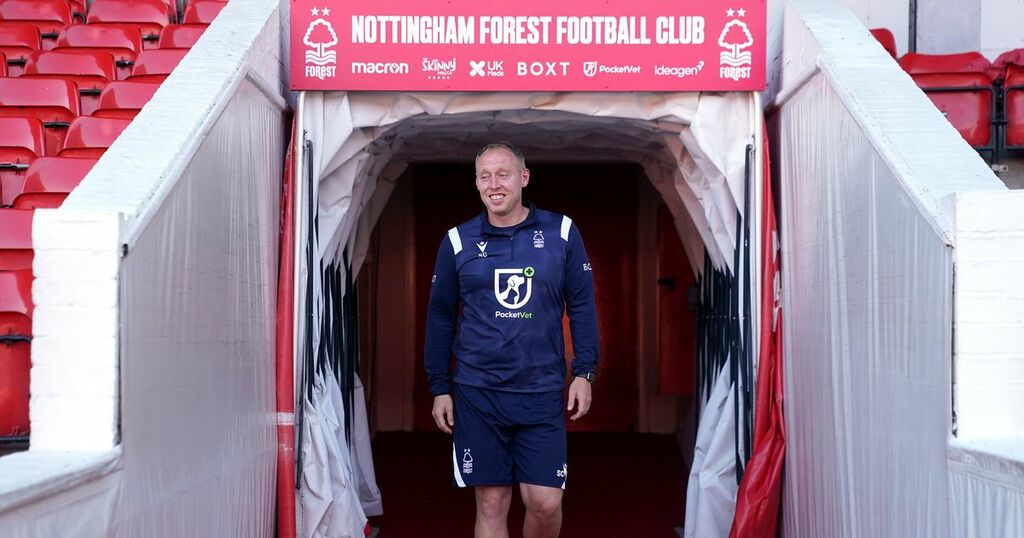 But he admits they may have to “re-evaluate” their goals for the season following a wretched start which has left them playing catch-up.

The Reds managed just one point from their opening seven league games while Chris Hughton was in charge, leaving them propping up the Championship table.

Since his departure, they are unbeaten in four, with Cooper having overseen two wins and a draw during his time at the helm, moving Forest up to 17th spot.

They registered successive victories before the international break, beating Barnsley and Birmingham City. And McKenna says it is crucial standards don’t drop now, as he pointed to a change in formation - to three at the back - as being key.

The long-term goal for new boss Steve Cooper is to get Nottingham Forest climbing the Championship table.

And to do that, he has set his players individual targets which it is hoped will lead to collective success.

It is just one of the ways the Welshman has made an immediate impact on his squad, with defender Djed Spence giving an insight into the head coach’s man-management.

Cooper was appointed last month, replacing Chris Hughton at the helm, and has picked up seven points from nine in a promising start to his time with the Reds.

Nottingham Forest have turned their form around under new boss Steve Cooper, putting a miserable start to the season behind them.

Four unbeaten prior to the international break, the Reds have clawed their way out of the relegation zone up to 17th in the Championship table.

A number of players have been putting in good performances, too, while others have struggled to get going.

With 11 games gone, Forest reporter Sarah Clapson gives her ratings for the campaign so far, for players who have featured in the league and who are still at the club.

Former Nottingham Forest left-back Jim McInally opened up on his time at the club and the weight of its history as he celebrates becoming the longest-serving manager in Scotland.

McInally moved to the City Ground from Celtic in 1984 with the Reds having already won the European Cup twice under manager Brian Clough.

When the left-back signed for Forest, he recalled Clough inviting him round for Christmas dinner with his family.

Speaking to BBC Scotland, he said: “First and foremost, he [Clough] was a good human being - something a lot of people tend to overlook. He knew I was alone and staying in a hotel in Nottingham and he didn't want that to be the case."