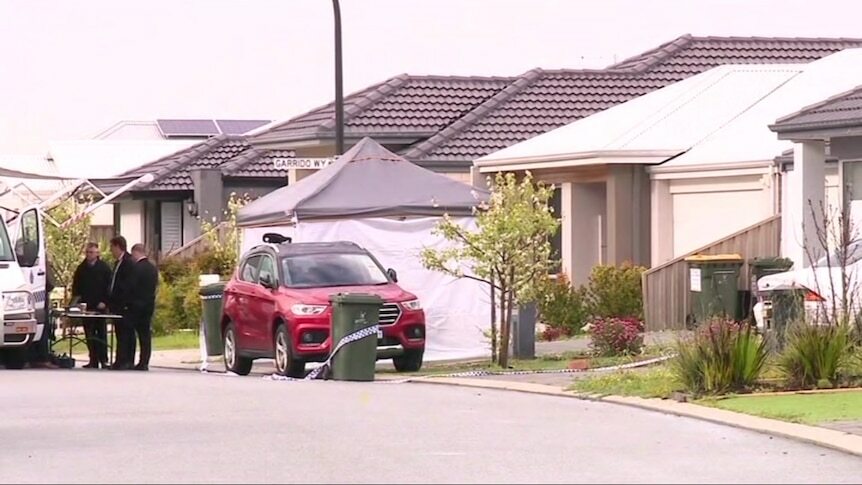 A mother of three with another baby on the way has been found dead at a home in Perth's north-east.

The pregnant woman's body was found in the suburb of Dayton after police were called to a house on Mataro Drive about 6:00pm last night.

In a statement police said the death was being treated as suspicious until it could be determined otherwise.

A family member speaking to journalists at the scene said the woman, an aged care nurse, had just finished her last shift at work before going on maternity leave.

It is understood she had three children aged 15, 10 and seven.

Homicide Squad detectives and forensic investigators have set up a large crime scene at the house.

Part of the street has been closed off and forensics have set up a tent outside the home.

Police have been coming and going from the home with brown paper bags used to collect evidence.

Grieving family members have also been seen arriving at the scene and embracing one another.