It wouldn’t be an understatement to say that Manchester United ’s season has fallen apart in recent months. The Reds have won just three of their last 13 matches across all competitions and are at risk of finishing outside the Premier League ’s top six for the first time since 2014.

An alarming issue across that run has been the number of goals Ralf Rangnick’s side have conceded. They shipped a combined 24 across the 13 matches which included conceding four on three separate occasions against Manchester City, Liverpool and Brighton.

This has inevitably led to an increased spotlight on the United defence, which has been considered a longstanding issue at the club, although goalkeeper David de Gea has also come under scrutiny during this time.

Due to standout shot-stopping displays, De Gea has for much of the season escaped criticism despite United’s poor form. According to Fbref, he’s got the second-best overperformance in terms of post-shot xG (PSxG) for any Premier League goalkeeper this season with +7.0.

You can find a full explanation of PSxG in the glossary here, but in this case, it effectively means that thanks to the Spaniard's shot-stopping, United are seven goals better off this season.

But a lot of his best performances came earlier in the campaign, and his form does look to have hit a downward slope in more recent weeks. De Gea’s accumulated PSxG for those aforementioned 13 matches totalled 19.5. Therefore by conceding 24 goals, he’s in fact underperformed by a total of 4.5.

Is David de Gea guaranteed to start in goal for Manchester United next season? Have your say in the comments...

This could be a case of reverting to the mean for United’s number one, with his overperformance earlier in the campaign not really sustainable. He did, after all, finish last season pretty much on par (+0.1) in terms of his PSxG.

Yet if De Gea is again heading toward what could be labelled as average shot-stopping performance levels, then this done raise a bigger question for United. This is because shot-stopping is largely considered the 31-year-old’s best trait, with his ability in other areas such as distribution and coming off his goal line largely underwhelming.

This season, only two Premier League 'keepers have averaged fewer defensive actions outside the penalty area (0.22 per 90 minutes), while he has the lowest percentage (3 per cent) of any 'keeper in terms of opposition crosses stopped or collected.

While De Gea has often been a popular figure at Old Trafford, all of this should be a worry for United officials. Especially when taking into account that he’s the highest-paid 'keeper in the world, picking up a reported £375,000 per week, and because of the demands that’ll be put on him by new manager Erik Ten Hag.

The Dutchman has a philosophy that is centred around possession play, meaning distribution and being comfortable coming off the goal line will be key. De Gea has shown he’s not great at either. That combined with his waning shot-stopping abilities mean he is at risk of being cut adrift this summer following Ten Hag’s arrival. 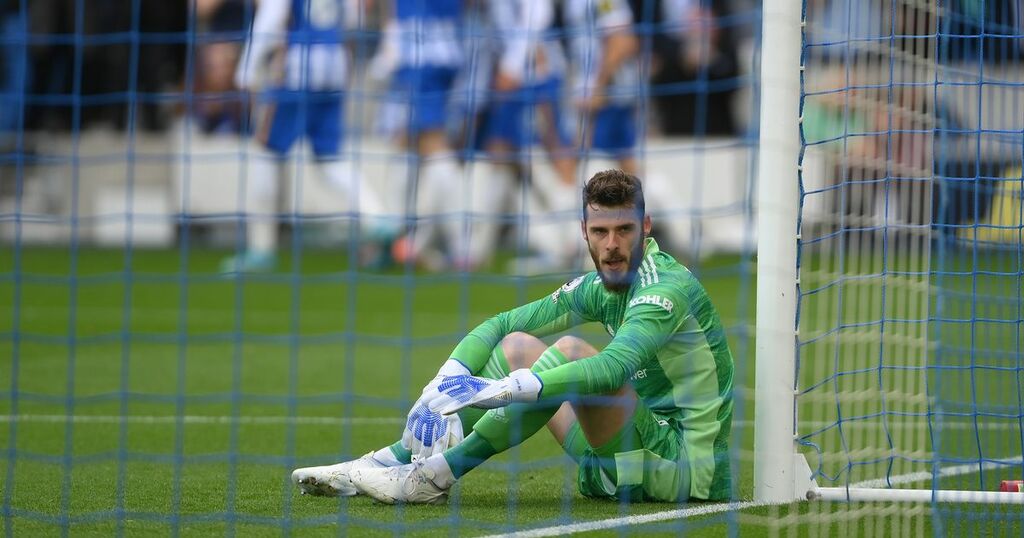