Ogier rejoined the rally on Saturday morning after a double puncture put him out of action on Friday, but the eight-time world rally champion’s return lasted only three stages.

The Frenchman carried too much speed entering a left-hander on stage 10 and clipped a bank sending his GR Yaris into a spin, before becoming beached on the edge of the road.

Unable to push the car back onto the road, Ogier and co-driver Benjamin Veillas eventually received assistance once all the Rally1 cars had passed through the stage.

The car suffered damage to the rear and a brake issue, which triggered a small fire at the start of the morning’s final stage.

Ogier admitted the crash was down to his mistake after losing concentration while distracted by a message on the dashboard when a hybrid issue struck.

The Frenchman, competing in a partial campaign this year, will return to action on Sunday in a bid to pick up some manufacturer points for Toyota, should any dramas strike teammates and rally leader Elfyn Evans and Kalle Rovanpera.

“We lost the hybrid a couple of hundred metres before I crashed," Ogier told Motorsport.com.

"It was my mistake. I was watching the screen, I lost concentration and I didn’t listen to the next pace notes for the next corner. I came in a little bit too fast, hit the bank and spun. I just got stuck with not too much damage.

“There was no spectators there, so it was a while before we got back out. We did the whole of the next road section but just before the checkpoint on my last brake I realised the pedal went to the bottom, there was a leak and just on the exhaust there was a fire [at there start line]. We had to stop that. Eventually we managed to repair the car and finished the morning.

“The team do not want to take the risk to make me restart today with a car that is not perfect so that is why we have stopped today.

“I am back tomorrow. I cannot say that the motivation will be that high but there is this possibility that if anything happens to one of my teammates tomorrow there is still some manufacturer points to catch. It is a weird situation as it is my view that it shouldn't be that if you are last in the rally that you can still score points, but the rules are like that.”

Ogier’s rare error followed a similar mistake by his countryman and long-time rival Sebastien Loeb, who crashed out of the rally lead on Friday when he struck a wall with his M-Sport Ford Puma. The last time the pair both retired from a rally was at Rally Australia in 2011.

Loeb also returned to the action in Portugal today, and again like Ogier, has been forced to retire after a suspected turbo charger issue occurred on Stage 11. The nine-time world champion won’t rejoin the rally tomorrow.

“He lost boost pressure. We can see that on the data,” M-Sport boss Malcolm Wilson told Motosport.com.

“The car sounded okay but it didn’t have any power so it is probably turbo charger, but I will be quite surprised as I can’t remember last time we had a turbo failure.” 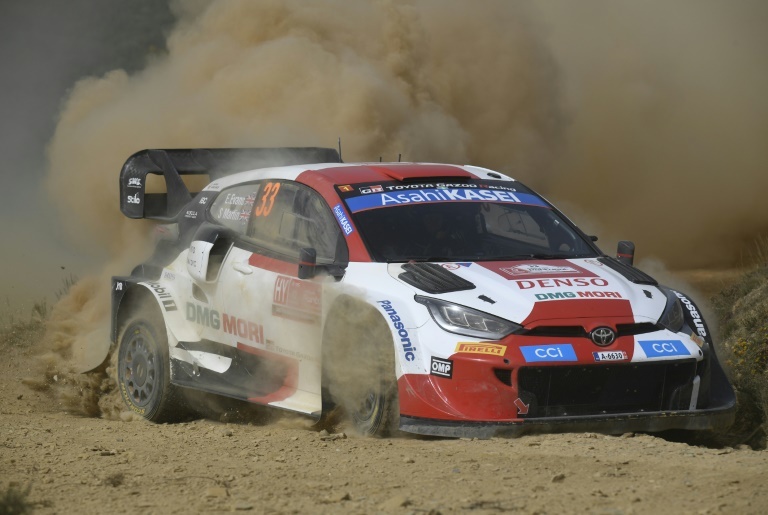 AFP
One subscription that gives you access to news from hundreds of sites
WRC Portugal: Rovanpera beats Evans to take third consecutive win