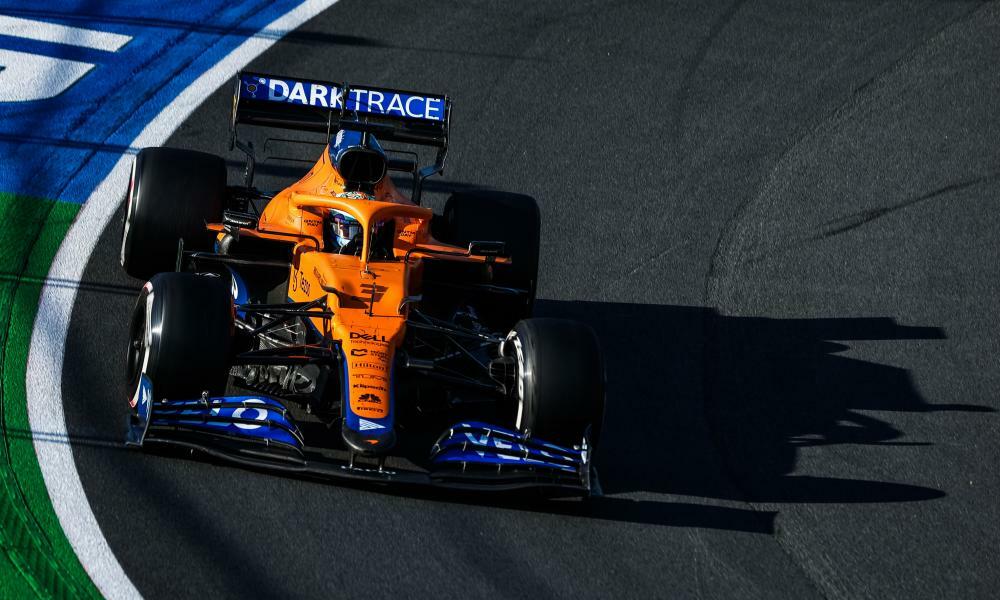 Darktrace, the cybersecurity specialist, is not a company that lives in the shadows. Its logo has a prominent place on the rear wings of McLaren F1 racing cars, thanks to a sponsorship deal that will not be cheap. And, since it entered the FTSE 100 index last month, its shares have been notable for regularly being among the top 10 daily risers or fallers.

Indeed, volatility has been the pattern since its IPO in May, at 250p. The shares had quadrupled by September, briefly giving it a £7bn valuation, but have almost halved since then. Last week’s closing price of 528p still looks pretty if you got on board at the stock market debut, but those who took the plunge before the shares turned south may feel less enamoured.

Darktrace’s first annual meeting as a public company, on Wednesday, will inevitably provoke another round of debate about the value. It’s a classic technology conundrum: the Cambridge-based business, led by chief executive Poppy Gustafsson, may be losing money today, but how do you value rapid sales growth and the possibility of huge growth?

Darktrace’s core products are “network detection and response” tools. They work by using artificial intelligence (AI) algorithms to learn and absorb an organisation’s regular “digital fingerprint” and then spot abnormalities that could indicate a cyber-attack. If an attack is under way, the technology neutralises threats, and prevents or minimises damage.

The incentive for organisations to buy such products is obvious. As well as dodging data theft and criminal extortion demands, firms also want to ensure that daily operations can continue. The vast majority of Darktrace’s 6,000 customers are in the private sector.

That tally of clients hints at the company’s potential. In theory, given the predicted growth in the cybersecurity market, customers could eventually be counted in the tens of thousands. As it is, Darktrace has been improving its revenues at a clip of almost 50% a year for the past four years. Analysts expect revenues of about $400m this financial year.

So why the share price wobble? Probably for three reasons. First, analysts at Peel Hunt punctured the bullish consensus in October with a “sell” note, arguing that there was “a disconnect between the valuation and the ultimate revenue opportunity”.

Darktrace says its AI tools are very efficient at learning, and there’s no disgrace in being good at marketing

The share price at that point was 950p, so Peel Hunt’s call reinforced its argument that Darktrace’s sales and marketing operation was more impressive than its technology. Is spending 10% of sales on research and development – when rivals are allocating 20% – storing up trouble? Darktrace’s view is that its AI-based tools are simply efficient at learning and that there shouldn’t be any disgrace in being good at marketing. The debate will run.

Second, the thrill of the IPO period is over. Six-month lock-up periods for Darktrace’s private equity backers expired at the start of this month. In practice, selling has been modest, but the possibility of disposals can infect the market’s mood.

Then there’s the Mike Lynch factor. He is the former Autonomy chief executive whose $11bn sale of the company to Hewlett-Packard in 2011 led to the UK’s biggest-ever civil fraud case (judgment is still awaited). Lynch, who is fighting extradition to the US, owns 16% of Darktrace with his wife Angela Bacares, having been a founding shareholder. He does not have a day-to-day role – he sits only on the company’s science and technology committee – but the relationship will continue to draw attention as long as it survives.

Gustafsson will, one suspects, avoid all mention of Lynch, the share price, or Peel Hunt’s note at Wednesday’s meeting. But any update on revenue growth will be devoured in the City. Not only does Darktrace carry many of the hopes of the UK tech sector, it is also a high-profile member of the “Covid cohort” of London IPOs. And, if you splash a few million on F1 advertising before you’re even profitable, expect scrutiny.