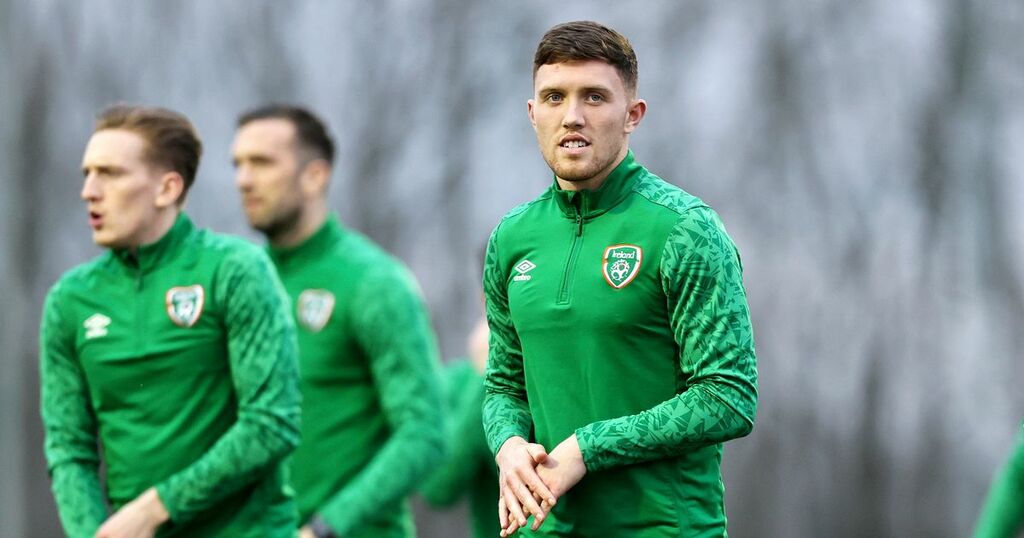 Ireland defender Dara O’Shea is making ‘massive progress’ on the road to recovery and has returned to first-team training with West Brom.

O’Shea fractured his ankle in the first-half of the World Cup qualifying defeat away to Portugal in September when Cristiano Ronaldo scored twice at the death.

And the Dubliner, 22, was ruled out for up to six months at that point.

But Baggies boss Valerien Ismael has revealed that O’Shea is on track for an earlier than expected return and could play for the club’s Under-23s in the next fortnight.

That will be music to Stephen Kenny’s ears as the Ireland boss promoted the versatile defender into senior ranks during 2020.

And he would welcome a fit and ready O’Shea back with open arms when Ireland go into two March friendlies and a Nations League campaign in June.

“But he needs a very good week with the squad to get that feeling and to be completely free in his movement, in his skills on the pitch.”

Speaking to the local ‘Express & Star’ newspaper, Ismael said: “He needs a good week of team training - seven to 10 days - and then we can go from there.

“If he’s able to keep that intensity every day, come back, recover, after that we go from there.

“It’ll be more likely that one week later he can play for the 23s. That’s the plan and afterwards we go from there.”

O’Shea could make his comeback in the Baggies Under-23s clash with Birmingham City on January 24.