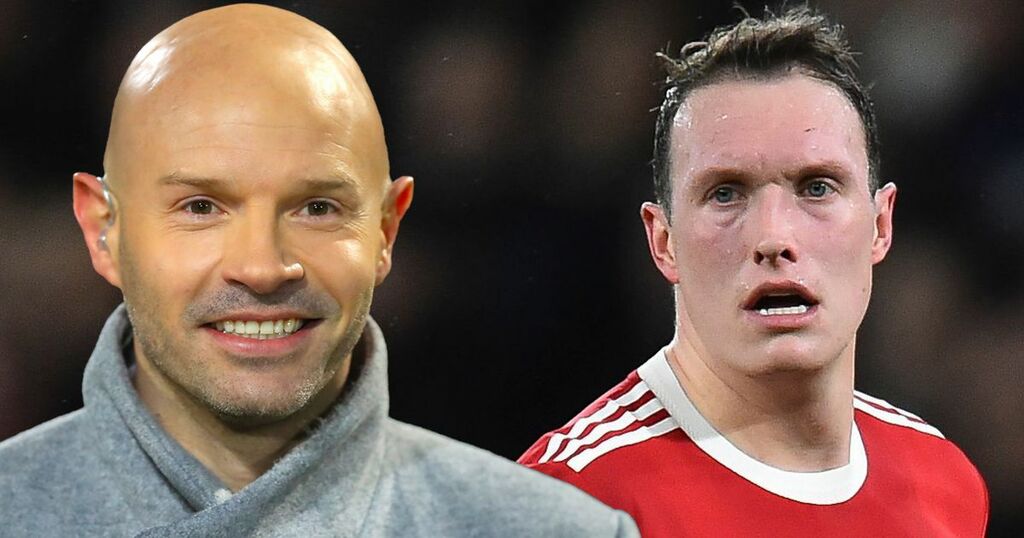 Ex- Manchester City defender Danny Mills has described the fact that Phil Jones is still a Manchester United player as “bizarre and incredible”.

The former England international explained how Jones must leave Old Trafford after more than a decade at the club if he is to revive his career and play regular football.

Jones had gone nearly two years without a first-team start before he finally donned the United shirt once again for the recent home defeat by Wolves in the Premier League.

After once being told he could go on to become United's best ever player by Sir Alex Ferguson, Jones' time in Manchester has been scuppered by persistent injuries that have curtailed his entire career.

HAVE YOUR SAY! Should Jones leave United this window? Comment below

Jones had originally been phased back into the fold with some action for the United U-23 side in September of last year before eventually being granted his first fist-team action earlier this month.

Though he impressed for the most part and showed little signs of any rustiness, Mills remains adamant that Jones remaining a United player helps nobody.

"To be honest I have no idea how he’s still at the football club,” Mills told Football Insider. "I know he’s had his injury problems but surely he would want to be getting away and playing.

"I just find it bizarre and incredible that he’s still there and hasn’t wanted to leave and go and play, even if that’s a loan deal somewhere.

"He needs to play football, he’s not particularly old. Get out and play some football."

While not everyone is clearly a fan of Jones' United return, the player in question was overwhelmed with emotion come the full-time whistle and was spotted in tears as he made his way off the pitch.

Jones shed light on what was going through his mind after playing in a packed-out Old Trafford for the first time in a long time.

"You know, I spent so long out, off the pitch and out of the squad – it's been horrible at times, but it's nice to be back out with the lads. I feel like a footballer again," the defender told Team Viewer.

"It's just a great feeling. As soon as you step out, I think I was on the bench for West Ham in the (Carabao) Cup.

"Even for a cup game at Old Trafford it was absolutely packed and it was just - was sat on the bench and I was thinking 'God I've missed this.'

"I've missed this feeling of being involved with the stadium and the fans there, the excitement, the buzz. It all came flooding back straight away."