'Dangerous driver' caught on same road girl, 4, was killed in hit and run 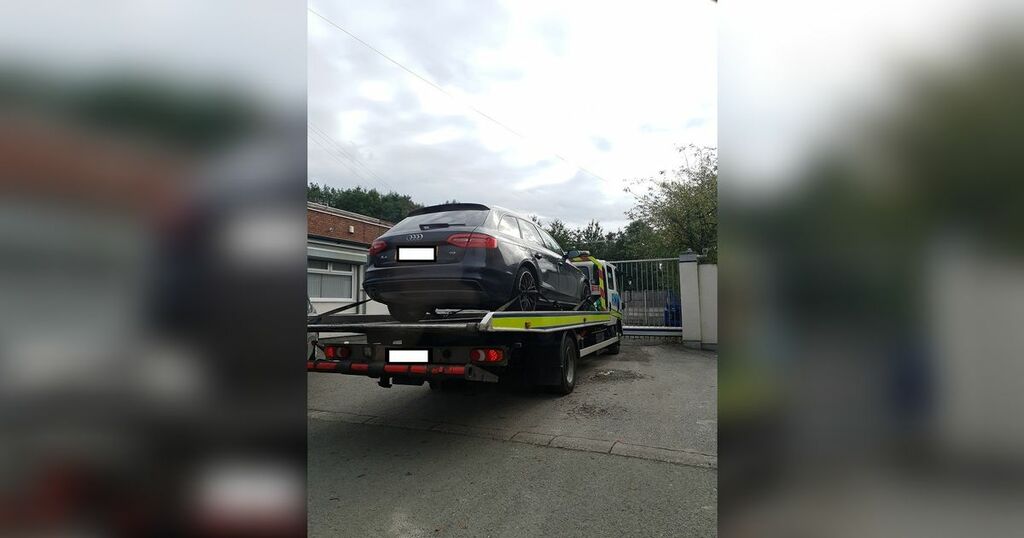 Police have slammed a driver who was driving 'dangerously' in the 'exact location' where a four-year-old was killed by a speeding motorist.

Officers from Merseyside Police said today that a vehicle was seen 'speeding' along Prescot Road in St Helens and was 'driving in a dangerous manner'.

In a statement on Facebook, police said that the car failed to stop and increased in speed, overtook vehicles and was driving on the wrong side of the road.

Officers added that today's incident on Prescot Road was the 'exact location' where four-year-old Violet-Grace Youens was struck and killed by a Ford Fiesta driven by Aidan McAteer in 2017.

The vehicle had been careering along at 83mph in a 30mph zone at primary school picking up time on Prescot Road.

Violet's grandmother Angela was also hit and injured by the speeding car and suffered life-changing injuries on March 25, 2017.

In today's incident, police said the driver was located nearby and was found to be driving without insurance and was reported for dangerous driving, failing to stop for police and driving a vehicle without a valid M.O.T.

In a statement, officers from the St Helens team for Merseyside Police said: "This vehicle was seen by response officers speeding along Prescot Road, St Helens.

"The vehicle failed to stop increasing in speed, driving in a dangerous manner, overtaking vehicles and driving on the wrong side of the road.

"This was in the exact location where Violet-Grace was tragically killed in 2017.

"The driver was located nearby and was found to be driving without insurance and was further reported for dangerous driving, failing to stop for Police and driving a vehicle without a valid M.O.T."

McAteer, who admitted causing death by dangerous driving, was jailed for nine years and four months.

Violet-Grace's parents have fought to bring in life sentences for killer drivers, and in September last year, the government finally took steps to put in place a new law to do that.

After running through two red lights, the Fiesta struck Ms French and Violet-Grace, who had just been picked up from her great-auntie’s, at 3pm.

McAteer, 23 when he was sentenced, fled to Amsterdam after the killing, prompting his mum to make a public appeal to hand himself in.

The car involved in the tragedy had been stolen from Toxteth about five days before the crash.

McAteer was banned for 10 years, while passenger Dean Brennan, who helped his friend flee abroad, received a six-year ban.