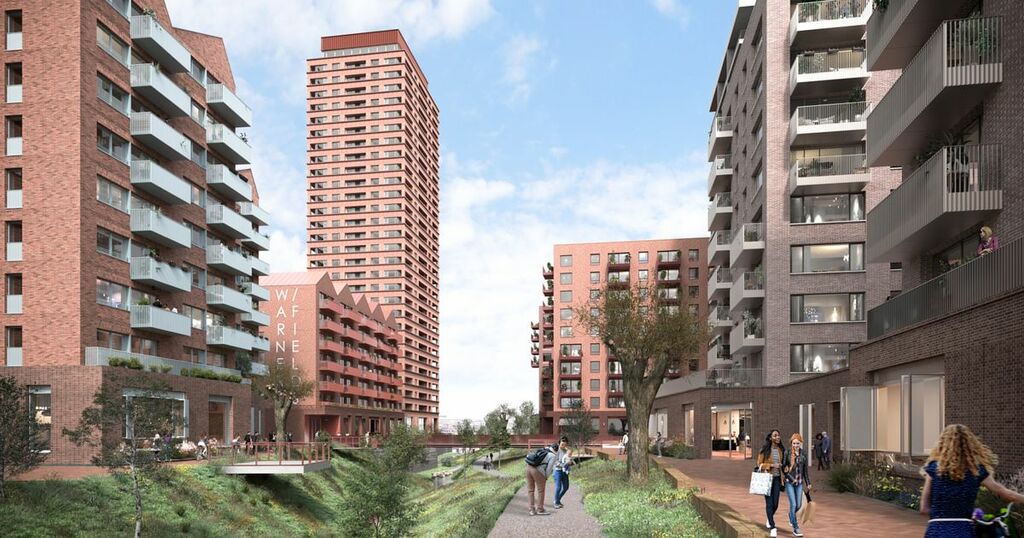 New plans have been lodged for a major redevelopment of industrial land in Birmingham which would initially see more than 1,300 apartments built.

The overall masterplan, called Warners Fields as a nod to the Digbeth area's early industrial past, contains proposals for up to 3,000 residential units, flexible workspaces, shops, restaurants and other facilities for residents.

Two separate applications have now been lodged with Birmingham City Council - a hybrid plan with detailed elements for the majority of the site which would enable construction to start as soon as possible on land in developer Dandara Living's ownership.

A second outline application is for the wider masterplan area which will set the context for future applications to be submitted, expected to include a series of buildings ranging from six to 29 storeys.

The development site is to the south of the huge Smithfield regeneration scheme on industrial land bounded by Moseley Street, Lombard Street, MacDonald Street and Barford Street.

Dandara is planning to open up the River Rea, which runs through the middle of the application site, to make it a key part of the scheme.

There will also be cycle ways, public space on both banks of the river and a potential linear park in Moseley Street.

The first phase of Warners Fields will include 1,351 new apartments to rent which will be managed by Dandara Living.

It will also include the Henry Bradford Centre which has been designed to support start-ups and small businesses and whose name is a reference to the 18th century landowner and business figure who helped bring trade to this part of Birmingham.

There will also be the Apollo Building, a flexible hub for cycle storage, bike repairs, vehicle sharing, electric vehicle charging, residents parking, a gym and a rooftop garden and community space.

This element has the potential to be converted into residential uses once nearby public transport improvements such as HS2 Curzon Street station, Eastside metro extension and the expansion of Moor Street station are complete.

It is being led by Dandara, which built the two Aston Place apartment blocks next to Alpha Tower in the city centre, with planning consultancy from Turley and design from Birmingham-based Glenn Howells Architects.

Dandara Group director Ed Tynan said: "We are extremely excited to now be able to submit these planning applications to Birmingham City Council.

"This is testament to all of the hard work the team has done over the last couple of years and demonstrates our commitment to a city that is at the top of its game.

"This submission marks a major milestone for Dandara and we can't wait to get started creating a new neighbourhood that will transform this part of the city and be treasured for generations to come."