Two drug dealers have been jailed after they were caught in a car with nearly a kilo of cannabis worth up to £10,000.

Officers recovered nearly a kilogram of cannabis split into 'deals' of various sizes along with two sets of scales and a roll of bags.

Jack Griffiths, 25, and Jordan Bailey, 26, were in a car stopped by police in Trentham, Stoke-on-Trent in January 2020.

Now the pair have both been jailed for their crimes.

At Stoke-on-Trent Crown Court, prosecutor Andrew Wallace said: "They were both involved in heavy scale dealing. Bailey supplied Griffiths who supplied 20 to 30 people on the street. A kilo was recovered in one day alone."

He said police went to Bainbridge Road, Trentham, at 8pm on January 15, 2020 after receiving reports of men wearing dark clothes looking at cars.

Mr Wallace said: "They saw a black Ford Fiesta pulling off on to Brook Lane. It was stopped and these two defendants were in the vehicle. There was a strong smell of cannabis.

"They found a substantial quantity of cannabis in various weights and packages. Some appeared to be in a two ounce bag, there was a one ounce bag, a quarter of a kilo, and a quarter of an ounce. There was also a couple of sets of scales, a roll of plastic bags, £3,510 and their phones."

They also recovered £1,000 from Griffiths's home meaning the total cash seized was £4,510.

An analysis of the phones showed Griffiths was selling in various quantities on the street.

Mr Wallace said: "Griffiths said he bought around 300 grams from Bailey every week. He said he dealt to 20 to 30 people a week. Some weeks it was the same people, other weeks it was the friends or associates of those. He accepted he was supplying for personal gain.

"It is accepted Bailey was the upstream supplier of Griffiths."

Griffiths, of Reeves Avenue, Milehouse, Newcastle, and Bailey, of Wenger Crescent, Trentham, pleaded guilty to being concerned in the supply of cannabis.

Mark Moore, representing Griffiths, said his client became involved in drug use at a heavy level.

He said: "His use of cannabis increased. If you swim in dirty water you are going to get dirty. He found himself in a position where there was a way out. He went on to make profit from the operation."

Mr Moore said the defendant's partner is expecting their first child and the offending is of 'some antiquity'. He added: "He has not taken cannabis and is building a life for himself, his partner and their child."

Robert Holt, mitigating for Bailey, said his client has grown up considerably in the two years since his arrest.

He said: "He started as a user. His usage increased. He was approached by his supplier to assist him in supplying large amounts of cannabis. It is unfortunate that he decided to do that.

"It came very much as a surprise to his mother and step-father. His mother is deeply distraught by the knowledge she has acquired about her son and his behaviour. He was never brought up to be a participant in the drugs culture."

Mr Holt said Bailey has no previous convictions and works full-time. He added: "A two-year period has elapsed. He has demonstrated an ability to turn away from criminal activity.

"He became embroiled in a foolish activity. He was told there would be threats made if he did not repay the money."

"You were arrested in Trentham. Griffiths was driving. You provided a positive roadside drug test for cannabis.

"Bailey you had £2,500 stuffed in the waistband of your trousers and inside the vehicle a significant amount of cannabis was found, getting on for a kilogram.

"Griffiths, you were a street level dealer. Bailey, you were above that.

"Both of you played significant roles in the distribution of cannabis. The evidence points to Bailey as being higher up the chain. You were plainly able to access significant quantities. Griffiths then sold the drugs for financial gain.

"We are not dealing with a one-off transaction but regular supplying of significant quantities."

A Proceeds of Crime hearing will be held later in the year. 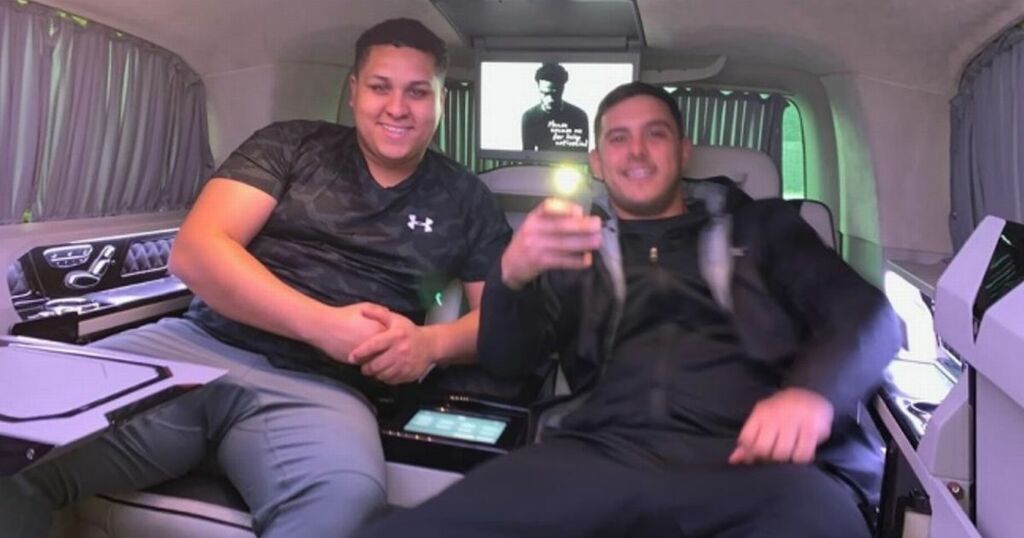 Daily Mirror
From analysis to the latest developments in health, read the most diverse news in one place.
'Polite young man' unmasked as Encrochat dealer who flogged drugs and luxury Mercedes to live lavish lifestyle

Remez Caffrey, 24, and John Chean, 33, were both using the 'FrostJacket' handle to buy and sell drugs across the UK

Remez Caffrey, 24, and John Chean, 33, were rumbled dealing class A and B drugs around the UK on the chatting device Encrochat.

The offender was previously jailed in 2016 for a similar offence

A Queensland man who trafficked guns and drugs to pay two mortgages after losing his job has been sentenced to nine years' jail.

AAP
One place to find news on any topic, from hundreds of sites.
'Largest-ever' cocaine bust in Tasmania

Tasmania Police say they have pulled off the largest cocaine seizure in the state's history after intercepting a truck that had returned from Victoria.