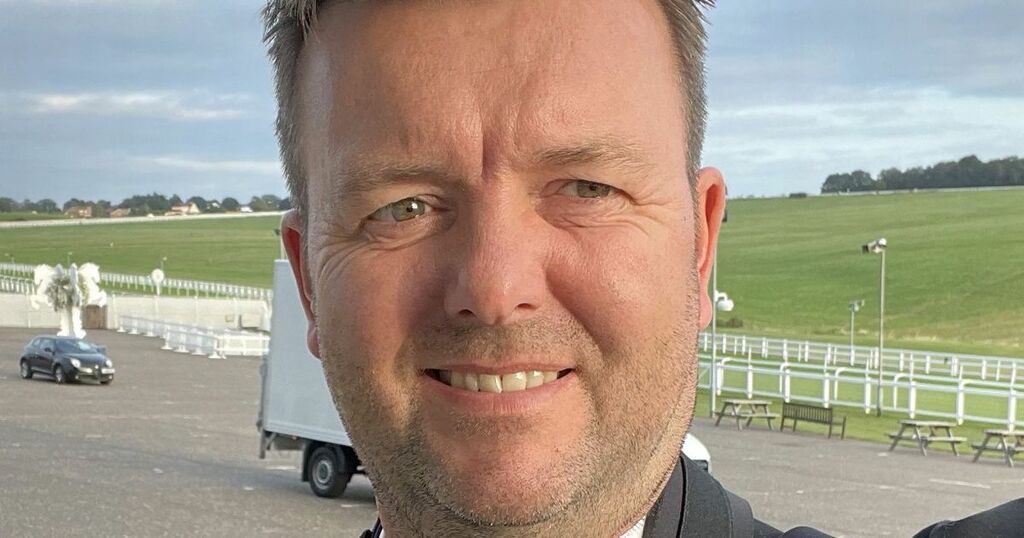 A dad says he looks so much like Ricky Gervais that he's regularly heckled by strangers - and his daughters were left mortified after he went viral over his likeness.

Dad, Matthew Walker, from Tunbridge Wells, Kent, says strangers love to heckle him in the streets because of the resemblance - much to his fiancé Annette Chatfield's amusement.

But his teenage daughters were recently left red-faced after he went viral after his sister posted a photo comparing him to the Hollywood star.

The 49-year-old says he even has people say 'there's David Brent taking photos' as he goes about his work as a photographer.

He said: "People always point at me and call me Ricky in a jokey way. It's been going on for years.

"I went on holiday and a Greek waiter said I reminded him of a comedian, so I immediately knew who he meant and for the rest of the three weeks, he called me Ricky and had a laugh to himself.

"I'm a photographer so people will say 'look, they've got David Brent taking the photos' or they'll start saying I remind them of someone and I immediately know what they're going to say.

"I don't see it myself, but Annette [51] thinks it's great. I haven't had anyone come over who doesn't like him and had a go at me. I've always had positive and funny reactions so there are worse people to look like.

"Although, he is a bit older than me which is unfortunate. Annette thinks it’s funny when I come home and tell her someone on the tills at Sainsbury’s just said 'you know who you really remind me of?'."

Although he isn't as strongly opinionated as Ricky Gervais, the dad says he's been told that the pair share the same dry sense of humour.

Matthew said: "I don’t really have strongly held views on animal rights, obviously that doesn’t mean I’m out hunting foxes at the weekend.

"I’m not really very vocal with my opinions. People who think I look like him tend to be people who don’t know me that see me for the first time and say how much I look like him when I'm just doing everyday routines like in the pub or at the supermarket."

Matthew recently went viral on social media after his sister shared a photo of him, to the embarrassment of his daughters, Grace, 18, and Daisy, 14.

The tweet, which racked up more than 7,000 likes, even got a response from Ricky Gervais himself.

Matthew said: "The other day I was at my sister's house, and I was telling her about how some men had been taking photos of me and laughing so she took a photo of me and put it on Twitter to find out if people did think I look like him.

"Ricky Gervais liked it. My fiancé thinks it's amazing, but she doesn't see it herself and my daughters get really embarrassed.

"Teenagers, particularly girls, are always embarrassed by their dad and parents.

"So I guess when their friends Snapchat them and tell them their dad is all over Instagram it’s going to cause an eye roll or two.

"It doesn't bother me because I think that you can't take yourself too seriously and I can't change my face.

"I think Ricky is great, I really like The Office and Extras and he's a good comedian."