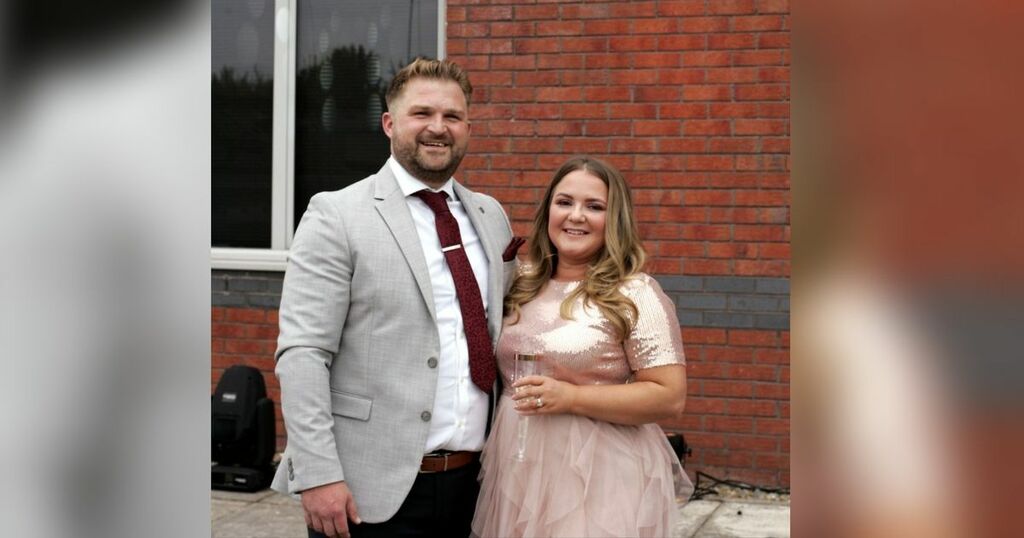 A dad who quit his job went from his broken desk in his spare room to a modern new office employing a team of 26.

Mike Dunn said he had always told himself he "could do it better" and after friend said "what are you waiting for?", he changed his life.

The 33-year-old said he had worked for a few telemarking companies and became increasingly frustrated but thought branching out on his own could put too much strain on his family.

READ MORE: New mum, 26, 'seconds from death' as midwife notices something wrong with her legs

Dad to Scarlett, five, said: "My wife Sian has always been my biggest supporter and backed me doing it myself and I used to moan to her about how I could do it better.

"Then I spoke with my friend who just said 'what are you waiting for?', and he was right."

Mike quit his job and the Excel TM Group in Ellesmere Port was set up, it specialises in construction telemarketing, if a construction business has a product to sell they often outsource the sales to a team like Mike's.

He said: "When I started I had a borrowed laptop, a broken desk, a phone and a wipe board, I still have a photo from when I first set up."

Things had started well, then as is true of so many stories starting in January 2020, the pandemic hit.

Mike said: "Because I was a new business I was not eligible for any of the government support and grants.

"A few companies pulled out, which I understood. So I decided to work for free for three months in the hope that the companies I helped would want to keep me on afterward."

His bold move paid off and alongside having Dulux and Victoria Plumbing, as well as a host of small businesses on his client, lists Mike also has a modern office at Pioneer House, Pioneer Business Park, North Road with pool table and a fridge stocked with beer for Friday socials with a team of 26 people.

He said: "We have just gone from strength to strength and the competitors took notice, we have even had some trying to take some of our staff.

"I think the key to our success is we are a young team, I recently took on a 17-year-old straight from school and he has been one of our top performers.

"We are also very approachable, we never look down on anyone and we are always honest about what we can deliver.

"I think the wellbeing of my team is very important and I am just in the process of appointing a new head of people and culture.

"There job will be solely on the team's wellbeing, I think so much has happened in the last 19 months that we really need to focus on that.

"We have monthly socials and we have a pool table, fully stocked bar and people get their birthday off work.

"We are not doing anything special, just things I thought would work."

Mike who lives in Chester, is a finalist in the Great British Entrepreneur Awards and had some advice for anyone thinking of setting up their own business.

He said: "I don't really switch off, but you don't when it is your business

"You have to use that fear of going into business as your driving force, if you don't try you will never know.

"I have had a lot of help, but you have to trust your decisions and be prepared to accept failure and learn from those mistakes.

"I have made mistakes, but you will.

"Never think you are the smartest person in the room and do not micro-manage people.

"You need to trust your team. Your business will always be your baby, but when you drop your child off at nursery, you are not ringing them every hour to check on them, you trust them, that is what you have to do with your team."