Actor Salman Khan has shared the video for the first song from his upcoming film, Dabangg 3. Titled Hud Hud, this may just be his most over-the-top, weirdest song yet.

The song opens with Salman, once again, asking his fans to welcome him. The welcome was followed by a dance routine in the middle on a sunny street in Lucknow, where Bhai dances with a hundred men. They follow his every dance step even as the moves get progressively weirder.

Salman makes a crack in the ground with a single punch, shoots fire from his mouth, rolls up his sleeves and... flexes his butt. His admirers gaze at his strong behind but make sure to look hard and long, the flexing is easy to miss.

The third instalment in the Dabangg franchise will see Salman opposite Sonakshi and with veteran actor Mahesh Manjarekar’s daughter, Saiee Manjarekar. The film is directed by Prabhudeva and will release on December 20.

Salman has already shared the audio for six songs from the film. One particular song is sung by Salman himself. Titled Yu Karke, it is a dance number filmed on the lead pair, Salman and Sonakshi. The poster of the song features the two hugging. Salman is seen in his usual Chulbul Pandey avatar, while Sonakshi is seen draped in a bright pink sari paired with a shimmery blouse.

Payal Dev has sung the track with the Dabangg actor. The music has been given by Sajid-Wajid and lyrics have been penned by Danish Sabri. Prior to its release, the makers have shared the love anthem Naina Lade and the film’s title track. 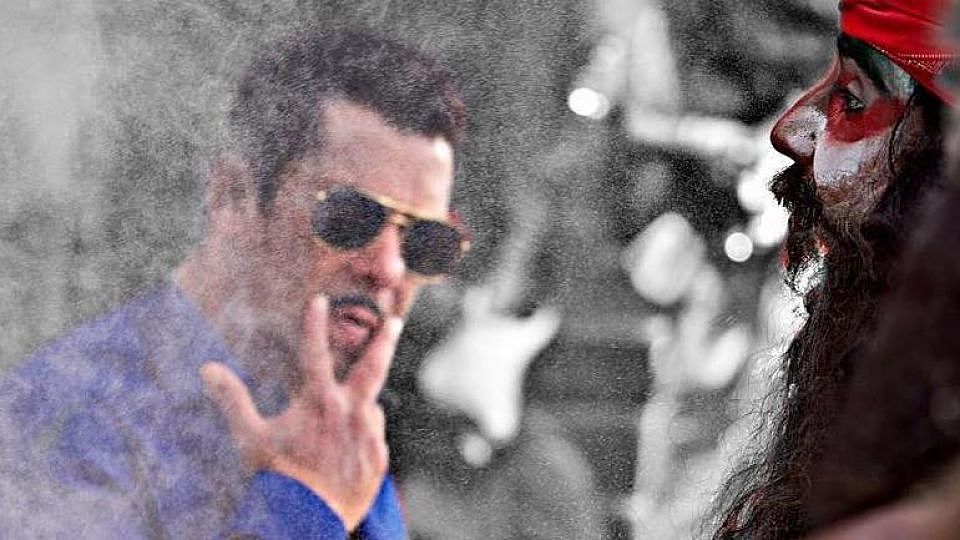 Rishi Kapoor shared a throwback picture of his father Raj Kapoor and Nargis with cola bottles. It came after Rishi’s…

While Salman Khan has been solely credited for the story of Dabangg 3, he shares the credit with Prabhudheva and…

Hindustan Times
One subscription that gives you access to news from hundreds of sites
'The Body' trailer: Emraan Hashmi hunts for truth about his wife's missing body

After dropping the cryptic teaser of 'The Body', Emraan Hashmi on Friday shared the trailer of the flick, which is…