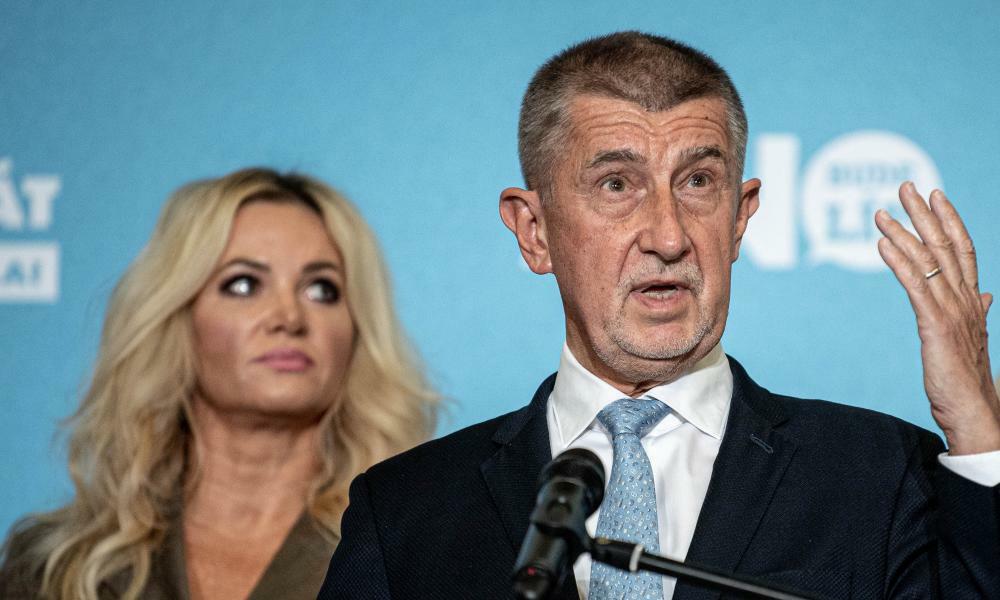 Prime minister Andrej Babiš’s centrist party on Saturday narrowly lost the Czech Republic’s parliamentary election, a surprise development that could mean the end of the populist billionaire’s reign in power.

The two-day election to fill 200 seats in the lower house of the parliament took place shortly after details emerged of Babiš’s overseas financial dealings in the Pandora Papers. Babiš, 67, has denied wrongdoing.

With all the votes counted, the Czech statistics office said Together, a liberal-conservative three-party coalition, captured 27.8% of the vote, beating Babiš’s ANO (Yes) party, which won 27.1%. In a second blow to the populists, another centre-left liberal coalition of the Pirate party and STAN, a group of mayors, received 15.6% of the vote to finish third, the statistics office reported.

“The two democratic coalitions have gained a majority and have a chance to form a majority government,” said Petr Fiala, Together’s leader and its candidate for prime minister.

The winning coalition won 71 seats while its partner captured 37 seats to have a comfortable majority of 108 seats. Babiš won 72 seats, six less than in the 2017 election.

The five opposition parties, which have policies closer to the European Union’s mainstream compared with the populist Babiš, put aside their differences in this election to create the two coalitions, seeking to oust the Eurosceptic prime minister from power.

On Saturday night, the two coalitions announced they have signed a memorandum of their will to govern together.

The result appeared to signal a highly symbolic final consignment to historical oblivion for the communists, who ruled the former Czechoslovakia with an iron fist for more than 40 years before being toppled in the 1989 Velvet Revolution, amid the collapse of communism throughout eastern Europe.

Jiří Pehe, director of New York University in Prague and a Czech political analyst, hailed the results as a triumph for liberal democracy and said they signalled the end of the post-communist era.

“The two opposition groupings were formed because they wanted to be sure that liberal democracy would not be under the same attack as in Hungary and Poland. So we are certainly not going in the same direction as those countries.”

Babiš fought a fear-mongering campaign that vowed to protect the Czech Republic from illegal immigrants and involved maligning the EU – whose subsidies have flowed into Agrofert, a giant industrial conglomerate he owns, prompting successive conflict of interest investigations. In recent weeks, he attempted to deploy Viktor Orbán, Hungary’s far-right prime minister, as a campaign aide, taking him on an electioneering trip to the northern city of Usti nad Labem, where Babiš is a constituency MP.

Babiš was set for an informal meeting with Zeman on Sunday morning, before a formal encounter scheduled for 13 October.

As president, Zeman, 77, had repeatedly promised to give Babiš first option at forming a new government, if ANO finished as the biggest party, deeming other coalition groupings as “fraud” on the electorate.

“We’ll see what the president will say,” Babiš said as he conceded defeat.

However, Zeman’s political powers have appeared diminished by ill health. Having spent eight days last month at Prague’s military hospital, the president – now in a wheelchair and suffering from neuropathy in his feet – did not vote in public as is customary on Friday but was instead photographed casting his ballot in a private booth at the countryside presidential retreat in Lany in central Bohemia. A televised interview on the election results with the local Czech CNN outlet scheduled for Sunday was cancelled because of his ill health.

Speculation about the gravity of his condition grew so intense that his office was even forced to deny rumours that it was concealing news of his death.

Agence France-Presse contributed to this report