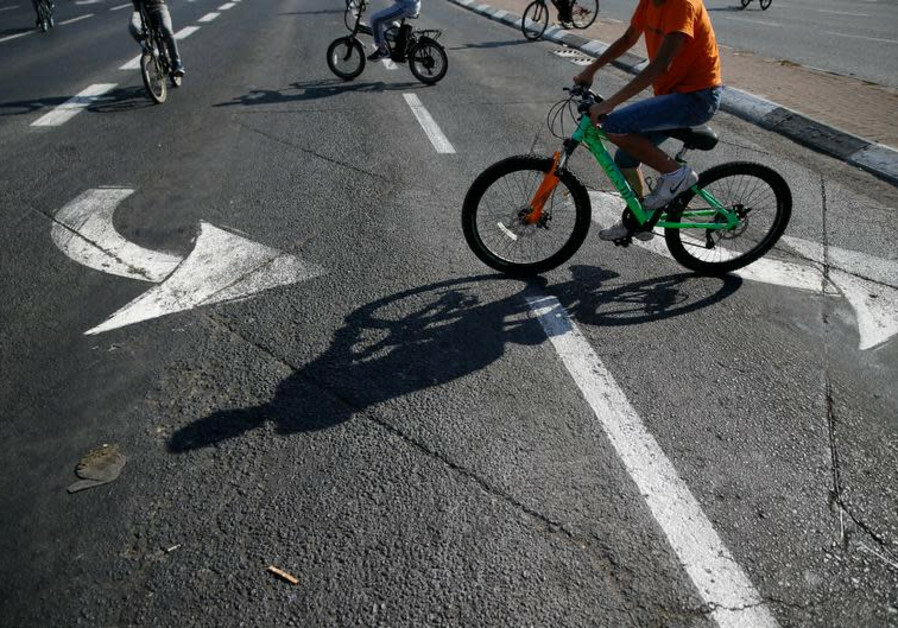 The Economy Ministry's Regulatory Administration released their safety and security protocols ahead of Yom Kippur, which will begin on Wednesday evening.

In Israel, Yom Kippur is the annual bike-riding day for secular Israeli children. Beterem, an Israeli organization dedicated to the safety of Israeli children, reported that 470 children were injured during Yom Kippur from 2010-2016.

In 2020, Amir Abu Laban was sentenced to nine years in prison after he ran over and killed eight-year-old Itay Margie in Yom Kippur 2019.

To prevent such incidents from occurring on this years' day of atonement, The regulatory administration released its recommendations regarding the safe purchase of bicycles, as well as safe riding and purchases of rollerblades, skateboards and scooters.

According to the safety instructions issued, all bicycles, rollerblades, skateboards and scooters sold are required to be labeled with a warning regarding the maximum body weight allowed.

In addition, it will be mandatory to wear a safety helmet, in addition to the constant supervision of an adult.

Bicycles for babies and toddlers will be accompanied by assembly and maintenance instructions. A warning, detailing the dangers of riding a bicycle and precautions that must be taken, will also be added.