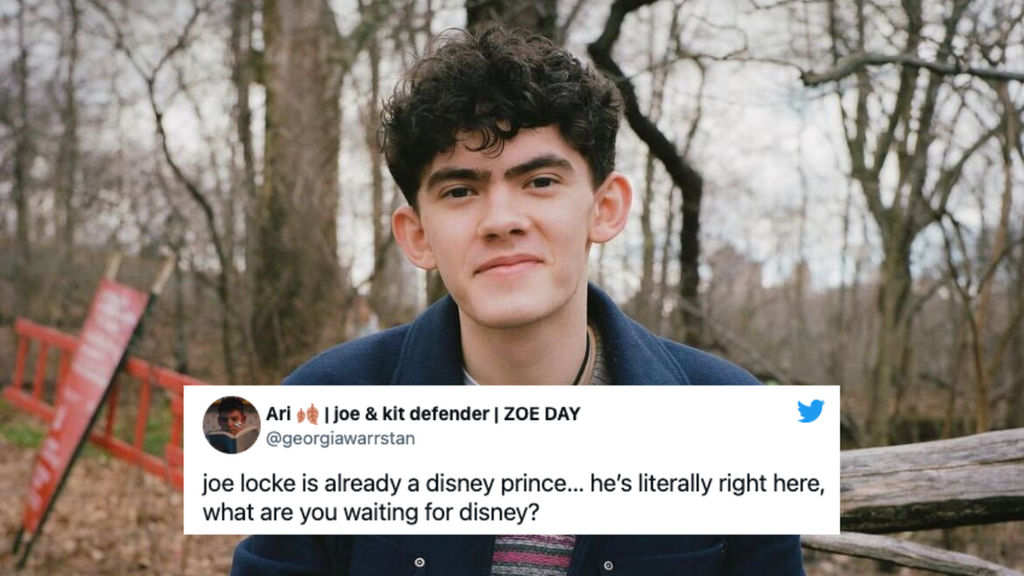 Heartstopper’s Joe Locke Is Keen To Be Disney’s First Gay Prince & Consider My Heart Stopped
"That would be a dream."

Netflix's adaptation of Heartstopper has topped charts around the world, featuring surprise cameos from A-list actors. Here's the show's full…

Daily Mirror
When is Conversations with Friends becoming a TV show? Release date and cast for Sally Rooney's novel

The series is based on Rooney's first novel which was first published in May 2017. It follows the success of…

Once known for its ‘traditional’ values, the entertainment giant is battling US conservatives over an anti-gay bill. Indeed the House…

Pedestrian.tv
Read news from The Economist, FT, Bloomberg and more, with one subscription
Learn More
Activision Blizzard's ‘diversity tool’ impressed exactly no one

The Guardian - AU
From analysis to good news, read the world’s best news in one place
I was ready to play 'Horror Tycoon,' then I saw the developers' Nazi simulator

Is an adorable, chaste romance between two teenage boys the antidote to our current incendiary culture wars that threaten to consume all media attention that isn't focused on the Russian invasion of Ukraine?

No, it's not. But the immediate success of Netflix's young adult offering Heartstopper means something in the grander scheme of things: It's a reminder that, in reality, most people aren't collective identities or members of teams but individuals looking for ways to connect with each other and be happy.

Heartstopper is an eight-episode adaptation of what began as a series of web comics by Alice Oseman in 2016. It follows the lives of two British high school boys, Charlie and Nick, as they meet and eventually fall for each other. Charlie had been out of the closet for a year. Nick, until he befriended Charlie, had always seen himself as heterosexual.

What follows is a familiar young romance story; it's just with two teen boys instead of the typical heterosexual pairing. It has the same earnestness, the same teen emotionality, the butterflies-in-the-stomach moments (occasionally illustrated with actual cartoon butterflies flittering about on screen), and the same carefully curated messiness—chaotic but not too chaotic. The two boys have the requisite opposite personalities that attract. They have friend drama that serves as a source of conflict. They live in a kind of bubble of their own lives with adults playing a very minor role in the plot as sounding boards. With the exception of the teens' use of social media and Instagram, the show feels nearly removed from any particular time period. They and their friends all go out bowling. One date actually involves going out for milkshakes. There is no sex. Nobody even talks about sex. It doesn't get any racier than kissing and hand-holding.

Essentially, if you've seen any young adult romance story, you've seen Heartstopper. And the show, released in late April, is a critical and audience hit on Netflix. It was ranked fifth globally on Netflix in the third week after its release, with nearly 24 million hours viewed. It has ranked in the top 10 most-watched Netflix shows in 54 countries. It has somehow even avoided trolls trying to screw with its audience score on Rotten Tomatoes.

Part of the appeal is certainly in the performances, which are stellar and remarkably natural from a realistically young cast—these are not 20-somethings pretending to be teens. In the lead roles, Joe Locke and Kit Connor have an easygoing, unforced chemistry that could make even jaded viewers root for them to connect. Their friends—who include a lesbian couple who attend the nearby girls school, a trans girl who just started transitioning in the last year, and Charlie's overprotective straight friend who worries about being abandoned—make for a deliberately diverse cast that does not feel overly manufactured.

That's partly because the show is mostly content to let the characters live and breathe, and it resists moments of preachiness in favor of self-discovery. Yes, there's a bully. Yes, there are moments of homophobia. Even in a world where the majority are now supporters of LGBT inclusion, there are still pockets of assholish behavior. In Heartstopper's case, confronting a bully is an important growth moment for Nick and a point of self-realization of who he truly is. It serves the story.

But Heartstopper is not didactic. It doesn't have a lesson plan. It is not here to lecture anybody or piss anybody off. It's notable that a lot of coverage of the show discusses "queer" representation, but you won't hear that word tossed around on Heartstopper, and it's all the better for that. "Queer" was once a slur that activists reclaimed but now has become a sort of weird collectivist nonword that fails to serve as any sort of identity at all. Even heterosexual people want to call themselves "queer" these days. There's even a Wikipedia entry for it.

Charlie doesn't call himself "queer." He calls himself gay. Eventually, Nick realizes he's bisexual. The female couple they're friends with come out as lesbians on Instagram. They choose individual identities, not a collective label, that help themselves and others understand who they are. In that sense, Heartstopper is similar to other books and shows in the young adult genre in its emphasis on its protagonists figuring out their identities. We used to call them "coming of age" stories. They still are, and nowadays sexual orientation and gender identity exploration is a part of the journey of self-discovery.

And if those teen years are so important for kids to hammer out their identities, that makes legislation to censor LGBT discussions in public schools so insidious. The kids of Heartstopper were not "groomed" into identifying as gay or trans. They just are, and they are the ones who tell the adults, not the other way around. That's typically how it all goes in the real world.

When Florida passed H.B. 1557, the alleged "Don't Say Gay" bill, defenders of the bill insisted that it was only about exposing children up to third grade to inappropriate sexual discussions. In reality, the bill censors LGBT content and discussions in all grade levels if it's in a "in a manner that is not age-appropriate or developmentally appropriate for students." The bill does not define what's appropriate, and that's one of the many problems with it.

If we take the bill's defenders at their word, though, there's absolutely nothing inappropriate about discussing Heartstopper in Florida public high schools in the right educational context. Again, there's no sexual activity in the show, not even through suggestion. It's only inappropriate to those people who think any representation of LGBT identities in public schools is inappropriate.

The greatest success of Heartstopper is how it demonstrates that it's fundamentally wrong to approach LGBT culture collectively—that it's either all about sex or that it's all about "representation." It's fundamentally always about individuals and each individual's pursuit of happiness, even if what sometimes makes you happy is an unrealistically cheery and upbeat romance.

Heartstopper’s Joe Locke Is Keen To Be Disney’s First Gay Prince & Consider My Heart Stopped
"That would be a dream."

Netflix's adaptation of Heartstopper has topped charts around the world, featuring surprise cameos from A-list actors. Here's the show's full…

Daily Mirror
When is Conversations with Friends becoming a TV show? Release date and cast for Sally Rooney's novel

The series is based on Rooney's first novel which was first published in May 2017. It follows the success of…

Once known for its ‘traditional’ values, the entertainment giant is battling US conservatives over an anti-gay bill. Indeed the House…