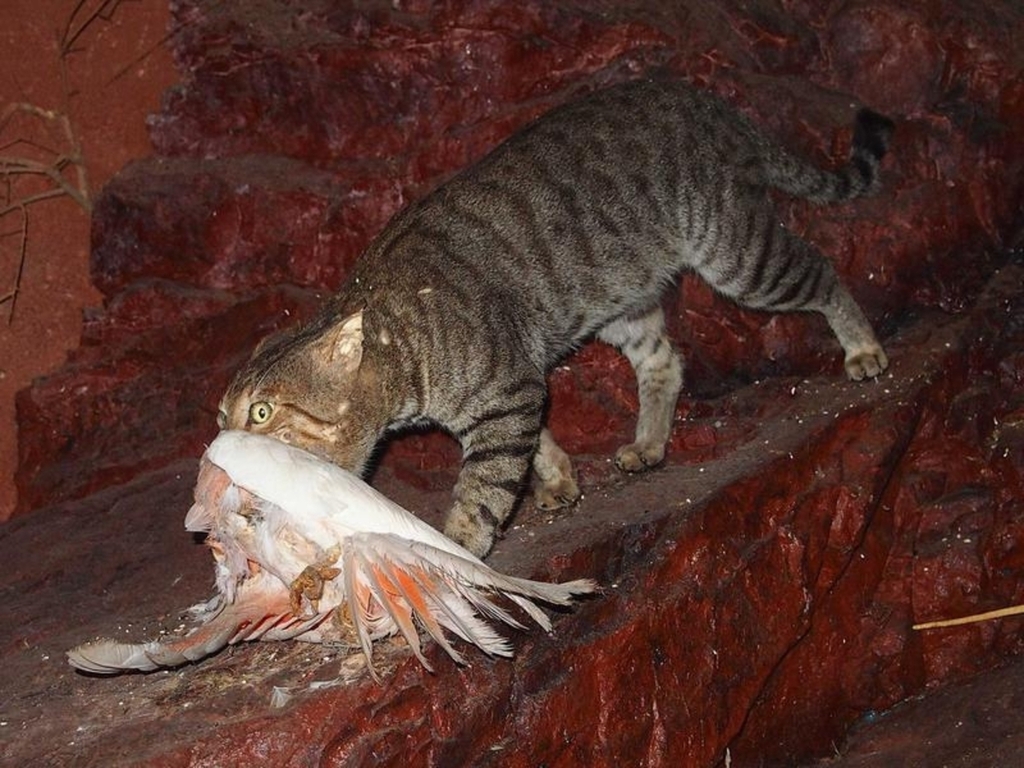 Australia is facing a brutal new wave of extinctions but there's still time to limit how many native species are killed off by foreign invaders, the CSIRO has warned.

The national science agency has released a report detailing what the country has already lost - and stands to lose in the future - to an army of exotic enemies.

The numbers are sobering, both in terms of ecological and financial losses.

Invasive species have played a role in wiping out 79 native animals and plants since European settlement.

But since the 1960s exotic invaders have been the dominant driver of nearly all extinctions, making them "worse than habitat destruction and climate change".

Australia is spending an estimated $25 billion a year - conservatively - dealing with alien species, from agricultural impacts to eradication and control efforts.

However, that's expected to increase up to six-fold every decade, meaning the annual bill could hit $150 billion a year by 2031.

CSIRO scientist and report co-author Andy Sheppard says Australia is facing a "sliding doors moment" on invasive species that will profoundly effect what happens to native ones.

He says a truly national plan is needed, one that combines world-class biosecurity controls to keep new pests out with cutting-edge technologies to detect, track, trace and suppress the ones already here.

There's also an opportunity to turn Australians into citizen scientists who can help track invaders with their smartphones, while professionals work on genetic editing technologies that could one day ensure feral cats can only have male offspring.

Australia is losing an average of four threatened and endangered species every decade.

But Dr Sheppard says the number of species on that list is increasing every year, "well beyond our national capacity to protect them all".

"We argue that if you actually tackle the main driver of those extinctions, which is the invasive, alien species problem, then you provide a more generic solution."

The report details how climate change is already compounding the invasive species problem in ecosystems across the country including in northern Australia.

Rising sea levels and the movements of exotic water buffalo there have combined to threaten freshwater wetlands and paperbark swamps that sustain native waterbirds.

The buffalo have created swim channels allowing seawater to intrude into the wetlands, turning them saline and allowing salt-tolerant weeds to move in.

Another killer combination involves bushfires and feral cats. Studies have shown that when wild cats hunt in open environments, like scorched fire grounds, their kill rates skyrocket and they can wipe out any native bushfire survivors.

But there are opportunities too, Dr Sheppard says, after events like bushfires, which are expected to become more frequent and severe as the climate changes.

"It is generally the exotic species that are the first to come back, so fires can be an ideal opportunity to go in and manage them," he said. "Because of the fire, entire seed banks germinate and you can go in and control them."

Dr Sheppard says a reasonable amount of bushfire recovery funding was used for that purpose after the devastating 2019-20 fire season.

"It's happening, it's just not happening in a coordinated way across states."

The report says there is no time to waste to address what it called "an unprecedented attack" on Australian wildlife.

"More than 1250 (eight in 10) of Australia's land-based threatened species are imperilled by invasive species," it says.

"The financial cost is already enormous. Invasive species - predominantly weeds, cats, rabbits and fire ants - are conservatively estimated to have cost Australia $390 billion over the past 60 years in impacts and control measures.

"This cost will grow markedly if new pests, weeds and diseases are able to invade Australia."