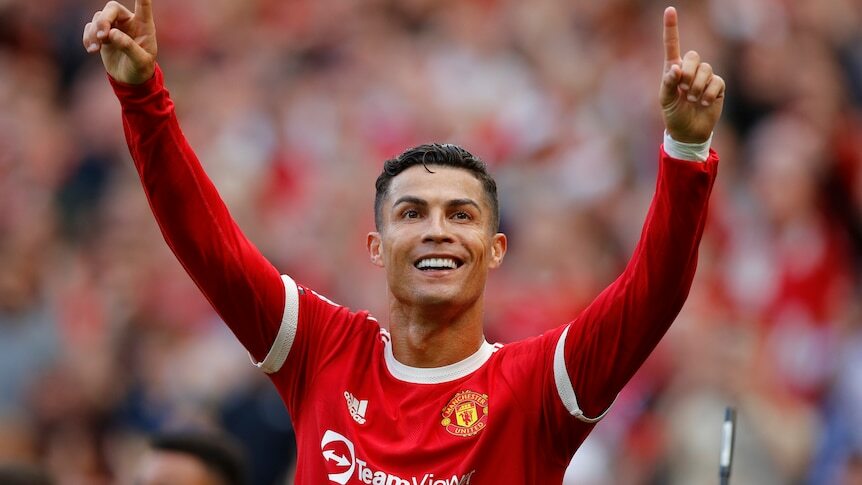 The Portuguese superstar was in the starting XI for his first game back at the club in more than a decade.

It was a dream return for the United legend, scoring twice to the delight of the home fans.

His first came at the end of the first half when he tapped the ball into the net after Newcastle goalkeeper Freddie Woodman fumbled in his own six-yard box.

Ronaldo lapped up the cheers of the crowd who were in raptures as half-time came.

But those celebrations were put on hold in the 56th minute when Newcastle right back Javier Manquillo finished off a brilliant counterattack to level the game.

That set the scene for Ronaldo to be United's hero once more, scoring six minutes later to restore the lead.

The win was sealed 10 minutes from fulltime when Bruno Fernandez, another Portuguese, scored with a strike outside the box.

Another United goal to Jesse Lingard, his first for the club in over a year, ended what was a special day in Manchester.

The victory has moved United to the top of the Premier League table after four games, with previous leaders Tottenham going down to Crystal Palace 3-0.