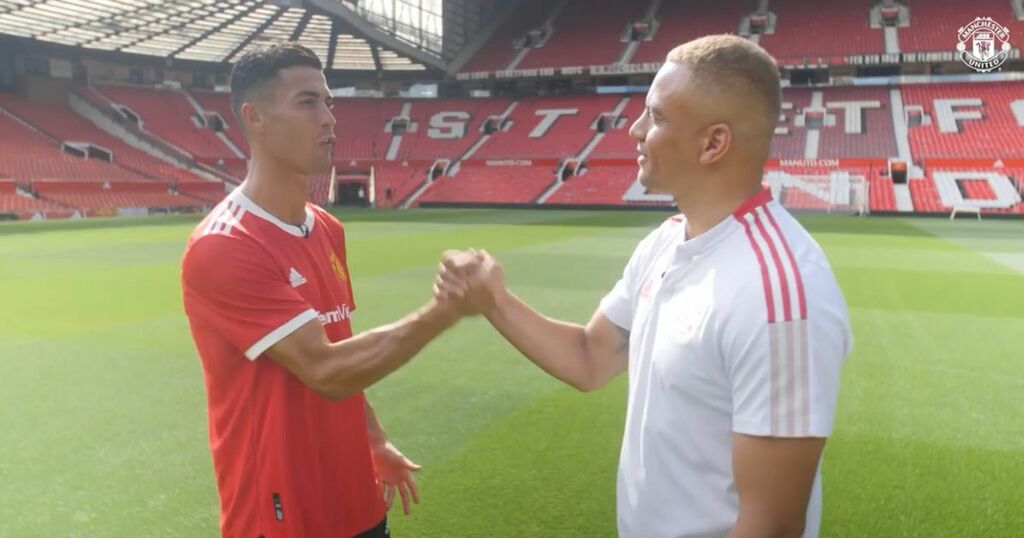 Manchester United striker Cristiano Ronaldo has outlined why he is "different" to players of a similar age ahead of making his eagerly-anticipated second debut for the club on Saturday.

After sealing a sensational return to the club on transfer deadline day, agreeing to rejoin United on a two-year deal from Italian outfit Juventus, Ronaldo is poised to feature for the Reds against Newcastle United at Old Trafford.

The former Real Madrid man, who left United back in 2009, has been training alongside his new team-mates since Tuesday after spending five days in quarantine, following his arrival in Manchester last Friday.

With the likelihood of him making his second United debut now less than 48 hours away, the Portuguese ace, who is 36 years old, has been discussing his personal shape with former team-mate Wes Brown, insisting that he "shows off all the time" and that this season "will be the same."

"People speak about the age but they should know I'm different," Ronaldo told United's club website. "I am different. I'm different than the rest of the people.

"I show off all the time year by year and this year will be the same."

As well as explaining why he believes is different to players who are of a similar age to himself, Ronaldo, who scored 26 goals in his last season at Old Trafford, has also detailed just how happy he is to have returned to his former stomping ground for a second time.

"So glad, so happy to be back - I never thought I would be back again, but I'm so proud, I'm so excited and I'm looking forward to starting in the best way," Ronaldo continued.