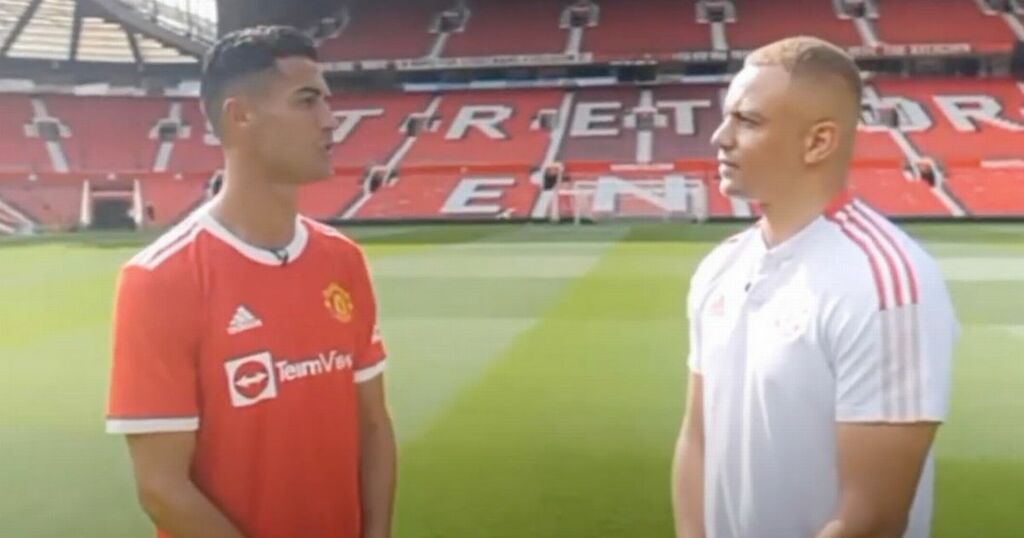 Cristiano Ronaldo insists he has returned to Manchester United to help their younger generation triumph amid suggestions he will halt their development.

The Portugal star, now 36, has moved back to Old Trafford after 12 years away.

His stature, goalscoring exploits and salary strongly point to him playing on a weekly basis.

Some have suggested that Ronaldo's arrival with affect the likes of Mason Greenwood, with their minutes set to be slashed.

But the five-time Ballon d'Or winner insists he wants to see United's latest crop of stars realise their potential and prove that, despite his age, he is capable of performing at the highest level.

"I'm here to win, to make history," Ronaldo said in an interview with the club.

"I have great memories. We won the Champions League, we won everything here. To be back here again, I'm here to help the team win, to show I'm capable of winning again.

"The new players, the young lads, I think they have huge potential. This is a new time, a new generation, and I'm here to help them win.

"I'm feeling good. People think I've come back here from the heart, blah, blah, blah, but I'm coming to show I'm still capable, to smash it and do my best and show that.

"People speak about my age but they should understand - and they know - that I'm different, I'm different to the rest of the people.

"I show off, all the time, year by year, and this year will be the same, I know it 100 per cent and I will do it good, with the boys, my team-mates, and the supporters will be on our side.

"These supporters are special, I hope they can push the team when the team needs it, and we will be here on the pitch, the players, to give our best and win important things.

"I was so nervous on my debut. Of course I will be nervous on Saturday, but of course I'm more mature, more experienced.

"I will be prepared, and I hope - I'm going to put pressure on Ole now, to be in the starting eleven! So I'm ready, I'm ready to go.

Ronaldo is set to make his United debut at the weekend against Newcastle at Old Trafford.