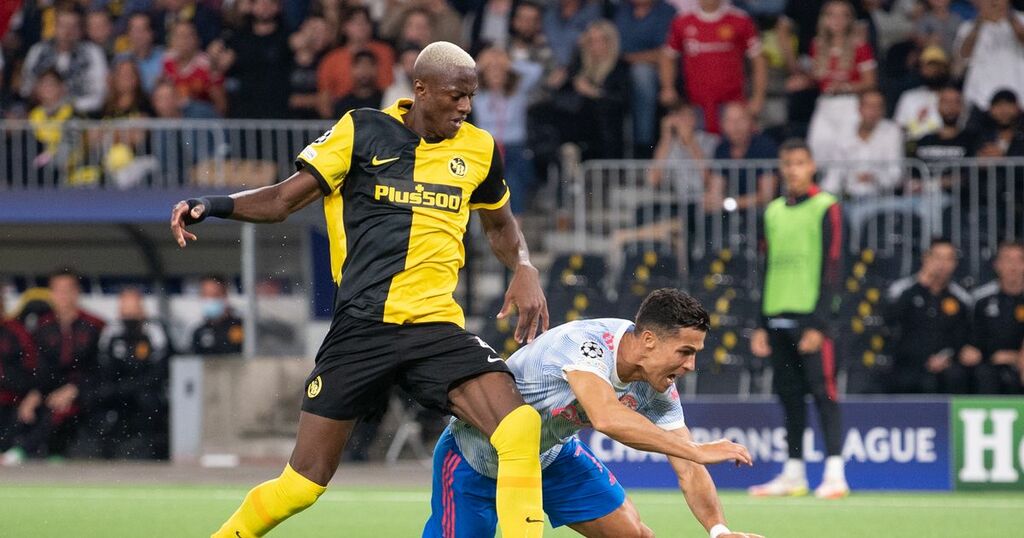 Cristiano Ronaldo enjoyed a goalscoring return to the Champions League for Manchester United on Tuesday night.

After grabbing a brace in his second debut for the club on Saturday against Newcastle United, the 36-year-old struck in the 13th minute against Young Boys to seemingly set up what would be a routine win for the Premier League side.

However, a red card for Aaron Wan-Bissaka shifted the momentum back in the home side's favour and in the second half they grabbed a deserved equaliser through Moumi Ngamaleu.

Then, dramatically, United conceded deep into injury time, as Theoson Siebatcheu latched on to Jesse Lingard's poor pass to win it for Young Boys.

Ronaldo was substituted after 72 minutes, as United manager Ole Gunnar Solskjaer opted for a safety-first approach in the final stages, attempting to preserve a point for United.

There was a moment when it looked as though Ronaldo would get a chance to double his tally though, as he was bundled over inside the penalty area in the 53rd minute under pressure from Mohamed Camara.

The former Real Madrid and Juventus man was unhappy that a penalty wasn't awarded, as was Solskjaer on the sideline.

Speaking on BT Sport's broadcast of the game, former referee Peter Walton suggested awarding a penalty would have been harsh.

"Not every contact is a foul and in this instance I do think Ronaldo was blowing out of steam there and used that slight contact to go over and has asked the referee for his opinion," he said.

Had the penalty been awarded and converted, it would have been difficult for Young Boys to fight back into the game, even with a man advantage.

The loss represents a hugely disappointing start to the Champions League campaign for United against arguably the weakest team in their group.

They still have to face Villarreal, who beat the Reds in the Europa League final last season, and Serie A's great entertainers Atalanta.