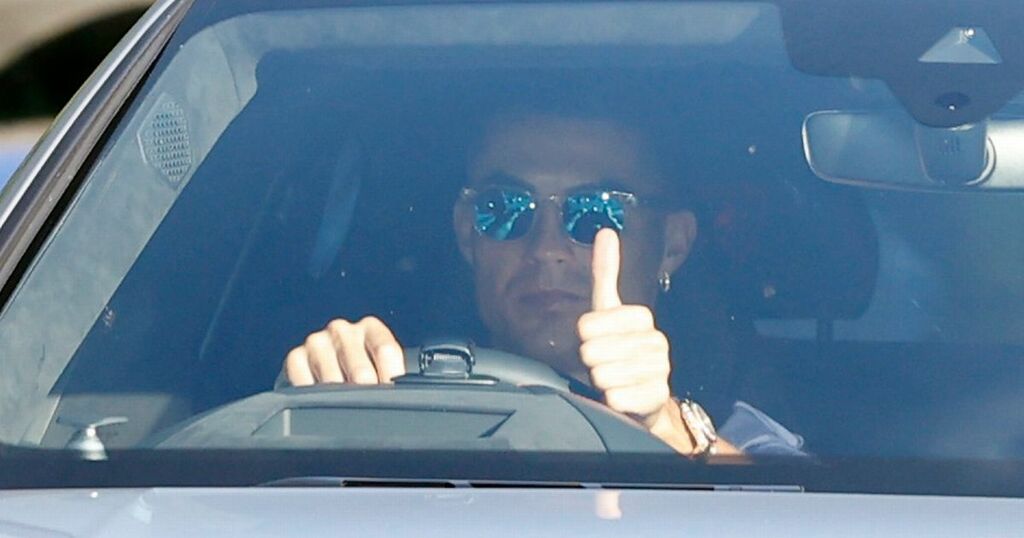 Cristiano Ronaldo is officially back at Manchester United and is already making his presence known at Carrington.

On Tuesday, the 36-year-old completed his first session since signing a two-year contract with the Red Devils.

Ronaldo had to complete a five-day period of isolation after landing in the United Kingdom, after the government rejected Old Trafford bosses’ appeal for a quarantine exemption.

After completing the time at his new house, Ronaldo was back at the club’s training ground, meeting up with manager Ole Gunnar Solskjaer and his new teammates.

The forward had a face-to-face chat with Solskjaer in his office, before swiftly getting into his training gear to ramp up his preparations for this weekend.

And following his introduction, Ronaldo is now on the same schedule as the rest of the United squad, appearing for training bright and early on Wednesday morning.

He was spotted driving into Carrington in his £170k Lamborghini Urus, one of a number of supercars the car-loving superstar has in his possession.

According to the Sun, Ronaldo ensured that any property he moved into had ample space for his fleet of luxury cars, with a total value of £17million.

Despite costing almost £200k, Ronaldo’s Lamborghini is merely a runaround compared to his other cars, with a Ferrari Monza valued at £1.4m, a £2.15m Bugatti Chiron and a £1.7m Bugatti Veyron Grand Sport.

Ronaldo was also gifted a £516k Brabus G-Wagon by his girlfriend Georgina Rodriguez last year, with the Portuguese superstar posting an image of the car on his social media.

His prompt return to training has fuelled speculation that he will make his debut this weekend, when Man Utd take on Newcastle at Old Trafford.

After his deal was confirmed, the five-time Ballon d’Or winner quickly turned his attention to winning trophies at the club he helped to three Premier League titles and a Champions League crown in his first spell.

"I have a fantastic history with this amazing club,” he said last week. “I was there at 18 years old and of course I'm so happy to be back home after 12 years. So I'm really glad and looking forward to starting my first game.

"I think it's the best decision that I have made. It's right on point in my opinion.

"I moved from Juve now to Manchester, it's a new chapter, I'm so happy and glad, and I want to carry on again, to make history, to try to help Manchester achieve great results, to win trophies and number one of them, to win great things."