The defamation battle between Private Media’s Crikey and Lachlan Murdoch had its first day in court on Friday and although mediation is compulsory both parties appear resolute to battle it out in court.

Murdoch’s barrister Sue Chrysanthou SC and Private Media’s silk Michael Hodge KC will have to settle their legal arguments in a case management hearing on 10 October after failing to reach an agreement over part of Crikey’s defence, which Chrysanthou wants struck out because it is “embarrassing and irrelevant”.

“It’s disappointing given Mr Keane’s PhD and his so-called expertise on Fox News, that he doesn’t know that my client has never been CEO of Fox News,” Chrysanthou said. In reply, Justice Michael Wigney said the parties should not engage in “hyperbole”.

Hodge returned fire by saying that Chrysanthou had inadvertently “pleaded Lachlan Murdoch denies that Joseph Biden won the 2020 presidential election and that Donald Trump lost it”.

“I think, as our friend [Chrysanthou] is indicating, that’s not what she has intended by the pleading, but that is in accordance with the rules, the position that’s been taken.”

The court heard Murdoch may give evidence but if he did it would only be to the extent of his hurt feelings over the article headlined “Trump is a confirmed unhinged traitor. And Murdoch is his unindicted co-conspirator”.

Back to you, Canberra

The ABC Insiders host David Speers tells Weekly Beast he is selling up his Melbourne home and moving back to Canberra, where he was based when he was political editor of Sky News.

But it doesn’t mean he won’t be hosting the Melbourne-based Sunday morning political show. Speers, along with many of his guest panelists, faces a weekly commute as the program is part of the ABC’s Melbourne production house, which includes ABC News Breakfast.

“I lived in Canberra for 20 years covering parliament,” Speers said. “I love the city, and this means returning home.”

After more than 20 years, the show this year became the most-watched morning show on Australian TV, with a year-to-date average of 803,000 viewers.

In May the program’s post-election special episode set records with a first-run audience of 1.2 million viewers and a total audience of 1.4 million.

ABC News Breakfast’s Tony Armstrong proved again this week that he is more than just a sports presenter. And we don’t mean his star turn as an entertainment reporter interviewing Oprah Winfrey about her Apple documentary, Sidney.

His personality and versatility has seen him pop up across the ABC, and next month he sits down with Zan Rowe to share his love of music in an episode of Take Five. Armstrong tells Rowe he used to be really self conscious, which is quite the admission for someone who won a Logie for best new TV talent. “Being a kid who was an only child, also being an Indigenous kid, you already stand out … and you’re always trying to kind of not stand out,” he said. “When I was a kid I was always obsessed with making new friends and meeting people because it was just mum and I.”

On Wednesday, in a moving few moments on the News Breakfast couch, Armstrong adopted a sombre tone and addressed First Nations people who have been affected by a series of distressing news events, including the blanket coverage of the death of the Queen, and of course the allegations that First Nations players were mistreated by AFL club Hawthorn.

“Earlier on this week I think we had the banning of spit hoods. They were disproportionately used on First Nations people.

“We currently are seeing what’s happening in the Kumanjayi Walker case and some text messages that have been sent to and from different people who serve in the police.

Journalists at the Sydney Morning Herald, the Age, the Australian Financial Review, WAtoday and the Brisbane Times fought hard for a 15.5% pay rise over three years but settled for 4% in the first year followed by 3.5%. They had already pocketed a $1,750 one-off recognition bonus.

But now, after Nine Entertainment CEO Mike Sneesby’s remuneration was unveiled in the 2022 annual report this week, staff might be a little less sanguine about their recent win.

Sneesby, who was appointed in March last year, took home more than $3m. His predecessor Hugh Marks had a final payout of $4.1m. Nine’s chief sales officer Michael Stephenson got more than $2m after a 10% pay rise. The chairman of the board, Peter Costello, who is coming up to his 10th anniversary on the Nine board, was paid $357,000.

The Queen’s funeral did not end up being the most-watched broadcast in Australian, or even British, television history.

In the UK it was watched by 29.2 million people and in Australia about 3.5 million across all the broadcast channels.

The ABC’s average audience was 1.07 million across the two channels in metro areas and another 470,000 in regional areas.

Sport consistently draws the most viewers in Australia. Last year’s AFL grand final between Melbourne and the Western Bulldogs had an audience of 3.9 million on Seven.

The New York Times’ Australia bureau chief Damien Cave has apologised for the “lack of context and clarity” in the newspaper’s coverage of the death of Indigenous actor and activist Uncle Jack Charles.

When the NYT posted the story on Twitter it highlighted the acclaimed actor’s “heroin addiction and penchant for burglary”, sparking furious responses and accusations of racism and disrespect.

The beloved Boon Wurrung, Dja Dja Wurrung, Woiwurrung and Yorta Yorta elder was a member of the stolen generations and endured multiple incarcerations for burglary and drug offences in his younger years, and struggled at times with heroin.

Over at the Australian its Jack Charles obituary published on 17 September also emphasised the negative with the headline, Jack Charles would rob from houses after acting on stage, but no-one appears to have noticed.

In the comments history and obituary writer Alan Howe, a lifelong Murdoch lieutenant, made his attitude crystal clear in a response to a reader.

“I would never defend Jack Charles’s life of crime,” Howe said. “He was no Robin Hood-like figure, just a drug addicted thief. I think Charles sought to diminish the seriousness of his actions by emphasising that he stole from houses in mostly wealthy suburbs. But it doesn’t wash with me.”

Russell Jackson, the ABC journalist who broke the Hawthorn racism review story, has accused Eddie McGuire of attempting to smear his reputation.

On Wednesday Jackson revealed allegations that key figures at the AFL club demanded the separation of young First Nations players from their partners, and pressured one couple to terminate a pregnancy for the sake of the player’s career.

Discussing the news on Nine’s Footy Classified program, McGuire implied that Jackson didn’t give former Hawthorn coach Chris Fagan enough time to respond to the claims in his article.

“Eddie McGuire has attempted to smear my reputation here and I will not stand for it,” Jackson said on Twitter.

“I sent detailed questions to Chris Fagan’s Lions email address with 24 hours’ notice. He didn’t respond to my email, nor when I called his phone and left a message offering him more time.”

When fellow AFL commentator Caroline Wilson said she understood Russell had contacted all parties, McGuire replied: “My understanding is that it was sent to Brisbane to the general number on the email.”

Wilson: “But he still contacted them.”

McGuire: “It was an email that went to the club, went to the general number. It doesn’t matter.”

Both Fagan and Clarkson have denied any wrongdoing at the club. Fagan has said he is “deeply distressed” about the allegations and both coaches say they will co-operate with the AFL’s independent investigation. 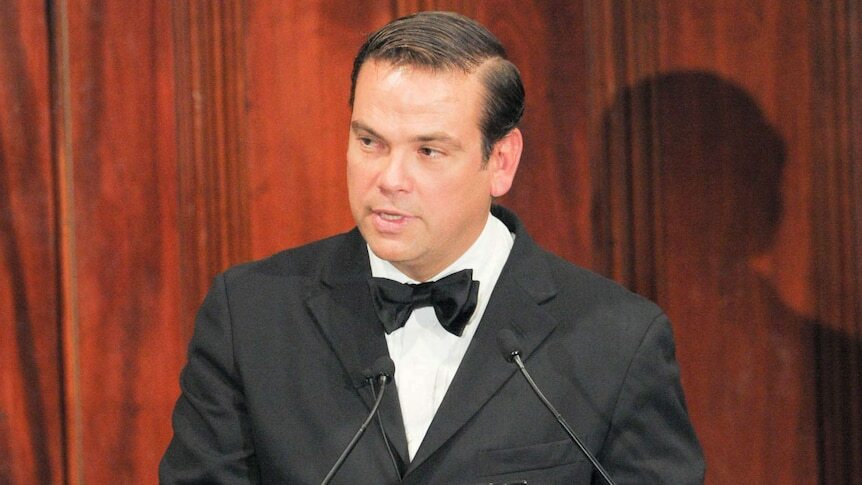 ABC News
From analysis to the latest developments in health, read the most diverse news in one place.
Lachlan Murdoch faces off with Crikey in defamation row

The Guardian - AU
Queens gets a Black mark

As dignitaries came to praise Queen Elizabeth II, thousands of others around the country came to bury her memory, and…

Pedestrian.tv
One place to find news on any topic, from hundreds of sites.
Hawthorn racism allegations are harrowing, but AFL’s investigation is wide of the mark

The ABC’s report into racism allegations at Hawthorn appears to stem from a private internal investigation. But how was it…