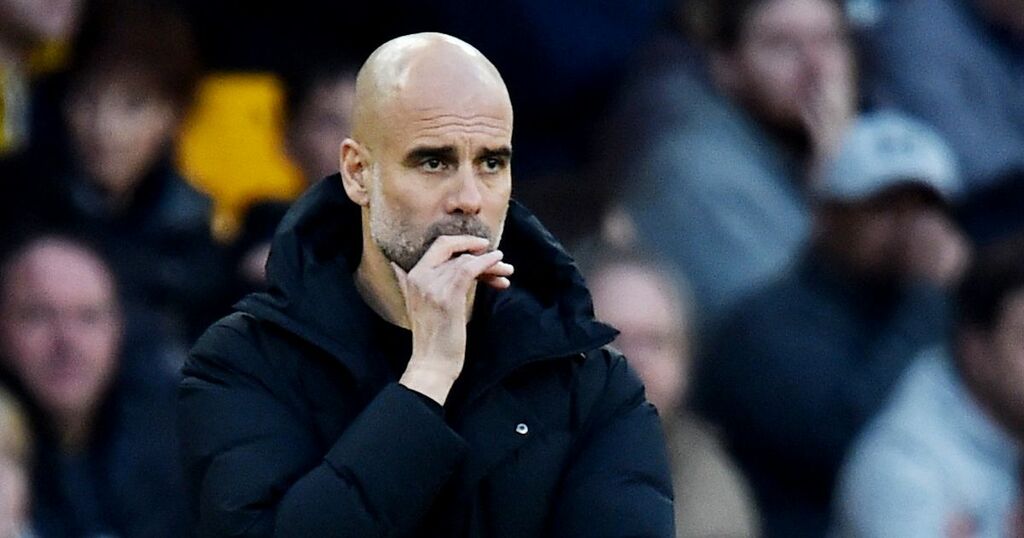 United will be hoping that City can beat West Ham on Sunday.

When Martin Tyler appeared on stage at Manchester City's 93:20 anniversary event on Friday, it quickly became clear that someone on the club's PR and events team had never heard of ' the agenda' .

Tyler, Sky Sports' lead football commentator and the voice of Sergio Aguero's famous title-winner ten years ago, was welcomed onto the stage to give his perspective on arguably the most dramatic moment in Premier League history.

The 76-year-old appeared genuinely happy to be at Manchester's Mayfield Depot, but the feeling was not reciprocated by the 2,000-strong crowd. Tyler was roundly booed as he walked on stage and while attempting to answer the questions posed to him.

Things turned ugly when an audience member hurled a pint of beer towards the stage, which actually ended up landing on former City left-back Gael Clichy.

So, why such a hostile reception for a broadcaster intrinsically linked to the greatest moment in City's history? It's all in ' the agenda' .

In recent years, a growing number of City's fanbase have come to believe that large swathes of the mainstream media, be it print, online or broadcast, are biased against their club. As a City fan and journalist myself, I feel I'm in a unique and unbiased position to comment.

From Tyler's supposed penchant for bringing up the issue of the club's finances during his commentaries to comparing his enthusiasm to Liverpool goals compared to those scored by City, plenty of Blues are starting to paint the media as a big bad wolf going after little old City.

There are a few different ways in which the alleged bias manifests itself. The primary one regards coverage of the club's owner - Sheikh Mansour - and human rights issues in the United Arab Emirates, the country of which Mansour is the deputy prime minister.

Issues surrounding the ethics of City's owners and the morality of supporting the club are too nuanced and complex to go into here. But, over time, more and more fans have adopted the stance that any article that raises even the most legitimate concerns about the UAE's regime is some sort of attack on the entire fanbase.

In some cases, Blues are right to feel vilified. There is a clear platform for meaningful, intelligent discussion that can and should be had, but that doesn't need to involve antagonizing remarks and petty point-scoring.

However, journalists reporting on the nature of City's ownership and in some instances using it to caveat City's on-pitch success, does not mean that the media is biased.

The same can be said about City's astronomical finances. It would take an astounding level of ignorance to deny that City hold a huge advantage over most football clubs, yet whenever the cost of City's squad is mentioned, cries of bias can be heard from the rooftops.

It's true that City's expenditure is weaponised against them more so than with other clubs - the coverage of Chelsea's Champions League triumph last season focused on the brilliant work of Thomas Tuchel, rather than the questionable financial backing of a Russian oligarch. It's unlikely Pep Guardiola would be given the same free pass.

Talk of an anti-City agenda was previously consigned to online forums and Twitter, but in recent weeks Guardiola himself has brought the conversation out into the open. "Everyone in this country supports Liverpool, the media and everyone," Pep claimed after City's 5-0 dispatch of Newcastle last weekend.

It might have simply been Guardiola's way of creating a siege, us-against-the-world mentality ahead of a run of must-win games, a tactic to galvanize the players and fans that Sir Alex Ferguson - or any elite-level manager - would be proud of. Alternatively, the environment to which he's been exposed for the past six years might have finally rubbed off on him.

There are a few examples of this being true. In March 2021, a column in a national broadsheet read: 'Manchester City might win the quadruple - and this is not good for English football.' Fast-forward 13 months, to April of this year, and the same paper and author led with the headline: 'Neutrals should be cheering on Liverpool's quadruple hunt - they are one of the greatest teams ever.'

It's easy to see where claims of bias come from but, agenda or not, the issue is fast becoming a key part of the club's identity. When Micah Richards was introduced to the stage on Friday, at an event designed to celebrate the greatness of that 2011/12 team, host Natalie Pike immediately broached the issue of agenda by thanking Richards for "representing us in the media."

The whole thing isn't healthy. Personally, I think the claims of bias are massively overplayed. There is undoubtedly some utter toilet, garbage reporting on the club out there, but the idea that most of the media are out to get City is, frankly, ludicrous.

But who cares? City fans argue that pundits and journalists should spend more energy analysing and praising City's excellent football, yet they themselves spend hours and hours arguing with journalists, rival fans and each other about a supposed media conspiracy.

When we're on our death beds, our lives flashing before our eyes, do we want to remember the hours spent spewing vitriol into the void? I certainly don't.

Let's just enjoy Guardiola's brilliant Blues while we can, and stop getting so wound up about things that, in the grand scheme of things, don't matter in the slightest.

United will be hoping that City can beat West Ham on Sunday.