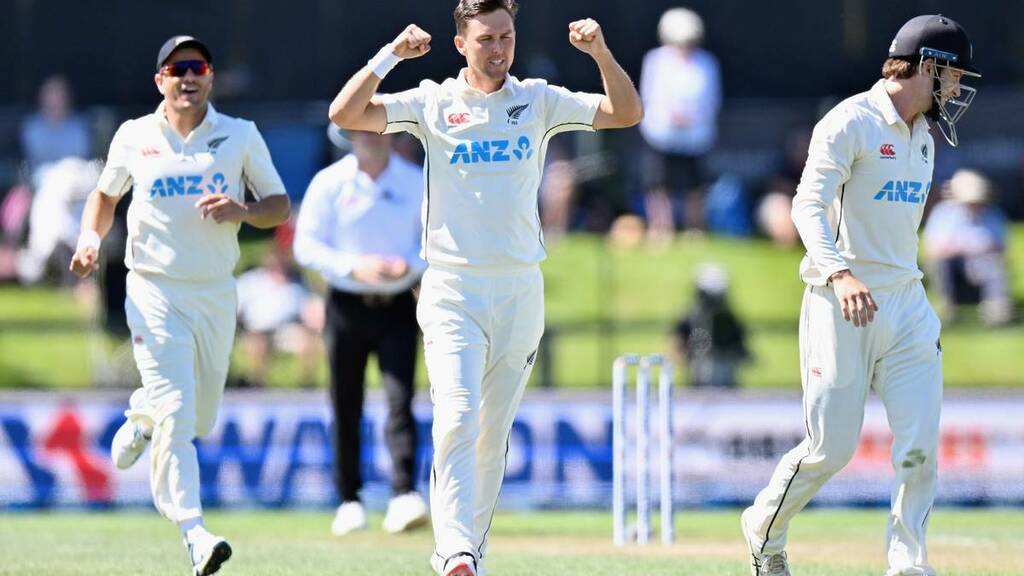 With his parents celebrating in the crowd and his long-time fast bowling friend rushing over to congratulate him, there were few better places for Trent Boult to reach a famous milestone.

Boult became the fourth New Zealand bowler to claim 300 test wickets, reaching the milestone on day two of the second test against Bangladesh at Hagley Oval, the ground where he has been most successful.

Having Southee on the park to celebrate made the milestone even more meaningful for Boult.

"To join him and Daniel and Sir Richard is very special," Boult said.

"I think we met towards the end of under-17s cricket. I'm always learning off him, I think he has an incredible work ethic and his record speaks for itself. That comes from a lot of hard yards and his desire to be better every day.

"It's always a great feeling when both of us are taking wickets and really enjoying it."

Boult put his success at Hagley down to the conditions, which the Kiwi bowlers found favourable on day two, with Southee taking 3-28 to move to 328 test wickets, while Kyle Jamieson claimed the other two scalps.

"The game plan generally doesn't change too much," Boult said. "I'm usually trying to pitch the ball up and get a bit of movement in the air, but the wicket offers a bit of bounce, generally a good grass covering, and the wind is the biggest thing – it's generally left to right and suits me and Timmy nicely.

"That's the beauty of test cricket, just the little subtleties that come with different grounds, different winds. The wicket offers a little bit of bounce with a bit of grass on it.

"We went out and did what we spoke about – get them playing on the front foot and bowl for each other at each end."

Boult indicated that he'd be keen for captain Tom Latham to enforce the follow-on and give him a chance to attack the Bangladesh batsmen with the new ball tomorrow morning, but ultimately stressed the importance of team victory to give himself two reasons to celebrate.

"The feeling of winning test matches in New Zealand and getting back [to 1-1] in the series is going to be special as well – that's definitely the focus."