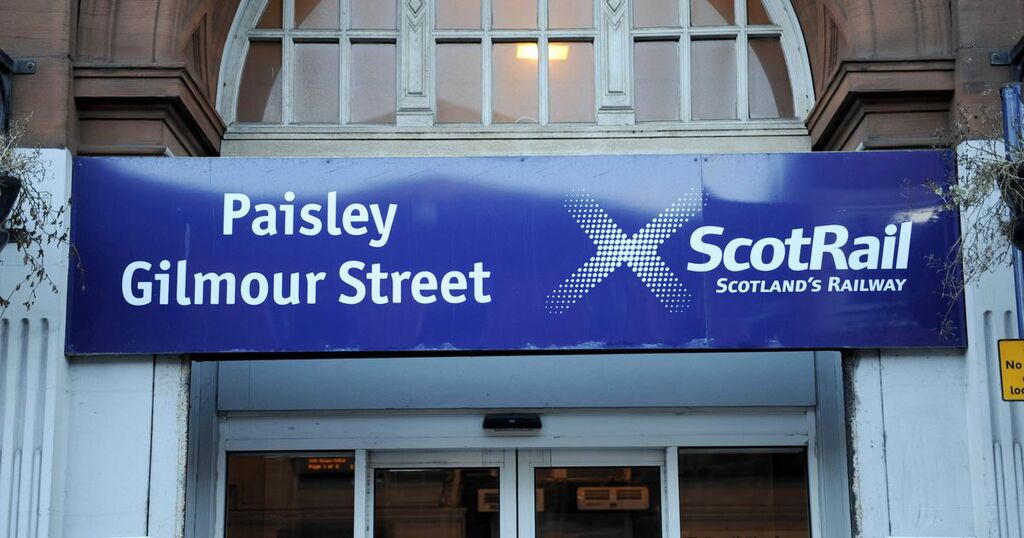 A creep who sexually assaulted a man on a train has been fitted with an electronic tag and placed on a curfew.

Graham Watret, 37, targeted the complainer, who cannot be named, on a service travelling between Glasgow Central and Paisley Gilmour Street.

Watret approached the victim, placed his hands inside his clothing, touched his buttocks and attempted to touch the man’s private parts during a journey which took place on August 31 last year.

He appeared at Paisley Sheriff Court yesterday for sentencing after pleading guilty to a charge of sexual assault against the complainer.

Watret of Linwood, also admitted another charge where he caused public disorder and left the owner of a house in Thrushcraig Crescent, Hunterhill, in the town in a state of fear and alarm.

He pleaded guilty to behaving in a threatening and abusive manner at the property on October 21, last year, when he repeatedly shouted, kicked a door, banged windows, and refused to desist when asked to, and threatened to injure himself.

Defence agent Tony Callahan said his client was also admitting breaching a community payback order handed him for a previous offence transferred from Hamilton, when he appeared before Sheriff Eoin McGinty.

He described Watret “as a vulnerable man” who receives assistance to live independently.

And he told how he “suffers from mental health difficulties,” and urged the court to consider imposing a community based punishment so he could continue to receive treatment from those working with him.

He admitted behaving aggressively, shouting, swearing, uttering threats of violence and struggling violently with police, while challenging them to fight.

He also previously sexually assaulted a paramedic, throttled a police officer and bit another cop during a series of incidents in Hamilton.

He grabbed a male paramedic repeatedly by the buttocks and attempted to kiss him in an ambulance on August 8, 2019.

He also attacked a police officer on a landing in Hamilton, on June 30, 2019.

He grabbed her and, during a struggle, he compressed her neck, restricting her breathing.

He also bit another cop on the face and body and punched him repeatedly on the head and body on June 29, 2019.

Sheriff McGinty told him he was prepared to place him on an electronic tag, and ordered that he remain indoors between 7pm and 7am each day for four months.

He also deferred sentencing him on the latest Paisley cases for the same period to see if he could be of “good behaviour.”

He warned him: “I will tell you with a great deal of certainty that if you breach this order you are almost certain to be remanded in custody.”

Watret will discover his fate when he appears for sentencing on February 8 next year.