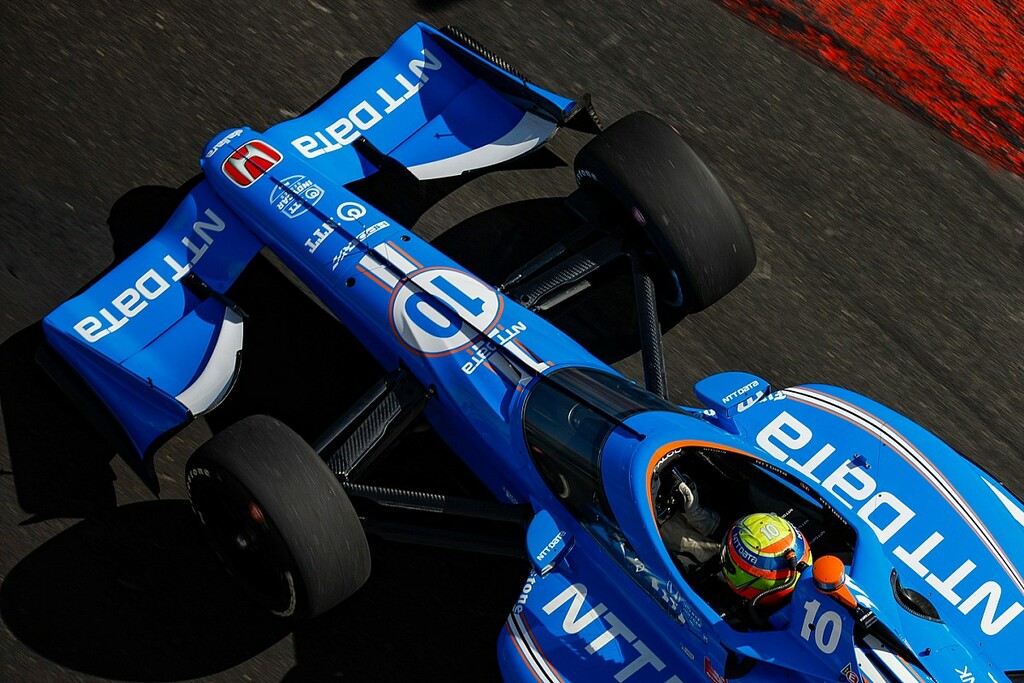 How IndyCar's newest champion is becoming even more formidable
Other IndyCar drivers may have stolen the headlines so far this year, but reigning champion Alex Palou heads the points…

Autosport
Why Alex Palou is more formidable than ever in 2022

Other IndyCar drivers have stolen the headlines, but four rounds into the 2022 season, it’s the defending champion Alex Palou…

Motorsport
Palou: It would be “amazing” for IndyCar to return to Japan

Stefan Wilson will enter the Indianapolis 500 for the fourth time in his career, as Cusick Motorsports backs him for…

The RotY title is not automatically given to the top-finishing rookie on race day, but is instead voted on by judges including media members and racing historians. Thus Fernando Alonso earned RotY honors in 2017 despite his car expiring with 21 laps to go, whereas fellow newbie Ed Jones finished third for Dale Coyne Racing-Honda yet missed out.

That’s a heavy statement in a year when not only is he tackling rookie full-timers such as Christian Lundgaard of RLL, Callum Ilott of Juncos Hollinger, Kyle Kirkwood (AJ Foyt Racing) and Devlin DeFrancesco in an Andretti Autosport machine, he’s also going to be facing two big shots who didn’t run Indy last year, namely, Romain Grosjean (Andretti) and Jimmie Johnson (Ganassi).

“Yeah, I think David’s definitely capable of being top rookie at Indy,” Coyne told Motorsport.com. “So long as his stamina – mental and physical – is there, he’s definitely got the talent to deal with the driving side of it.

“He’s sharp, so he can deal with big stuff, like the way the track evolves through the race. That’s often the biggest challenge – how the changing temperature and track conditions affect your car on a clear track, how it affects your handling in traffic… It’s a long race, a lot can happen. But I think David learned a lot in Texas, and learned a lot during the Indy test.

“There’s still a lot more to learn in the week of practice, but I think we’ve given him a fast car and I’d say he has a good shot at being top rookie at the 500, for sure.”

Asked if Malukas could also beat Lundgaard, Ilott, Kirkwood and DeFrancesco to the full-season IndyCar Rookie of the Year honors, Coyne said, “Yeah, I think so, although it’s going to be tough. It’s a strong rookie bunch this year. But, you know, David’s very talented and quick – that’s why we picked him – and he understands the task, knows the tracks, and I think we can give him a good car.”

For his part, Malukas was left reasonably satisfied by the test at Indianapolis Motor Speedway two weeks ago in which he finished 22nd fastest, ahead of previous Indy winners Alexander Rossi and Juan Pablo Montoya.

“Yeah, I think it was quite good,” he said, “but I wish there had been more track time. Mother Nature wasn’t working with us on the first day, so that was annoying. Then when we did get out there on the second day, we took it easy, quite slowly, in terms of the changes we were making between runs. We get so much practice before the race, and me being a rookie, the team wanted to just get me familiarized with the Speedway at IndyCar-type speeds.

“As soon as I left the pits, Rossi spun on the warm-up lane, and it was almost like I was meant to see that to remind me to keep a nice easy pace! I thought, ‘Even one of the best guys can lose it, so let’s just stay calm here.’

“So we left a lot of downforce in the car at first and then just kept taking little steps forward. We had Takuma [Sato, two-time Indy 500-winning teammate] giving us a lot of information and that was so helpful.”

With 31 cars on track on the second day, the ultimate lap speed tables were of course distorted by who got a tow, how much of a tow, what time of the day, and how far into a run, with regards to tire wear and fuel load. However, Malukas said that the more important thing was learning how to get a tow.

“It was extremely hard,” he said, “and when I spoke to other rookies they were saying the same thing – ‘I just couldn’t get the timing right’. I think one of the key things that veterans have over us rookies is figuring out the tow – how to get close enough to the car in front so you benefit down the straights but you don’t lose too much in the turns. I was watching some of the experienced guys in front and I could see they knew what they were doing.

“It didn’t help at one point, when I was following some other cars, I think there was something leaking out the back of the car in front, so I had to pit to remove a tear-off from my windshield, and I lost the pack I’d been trying to pick up a tow from. So we eventually gave up trying to find a tow, and I started focusing on all the tools you have in the cockpit in an IndyCar.”

Despite his frustrations, Malukas is confident that “Dale Coyne cars are very quick at the Speedway.”

He said: “Takuma was second quick, so that was great, but looking at all the data, I think my car was very quick too, considering how much downforce we’d left in it. I am very excited for the Month of May.”

Asked whether he agreed with his team owner’s assessment that he can take on the likes of Grosjean, Johnson, Lundgaard etc. and win the Indy 500 Rookie of the Year award, Malukas replied, “Ooo, well… I definitely think we’re in the running. We have the car for it. It’s not going to be easy. It’s insanely close. In terms of qualifying, even with a great car, I’m going to have to give it 110 percent to outpace those guys. And then the race, it’s down to focus, keeping the pitstops clean and dealing with the evolving track.

“And then the ovals, even with those long straights at Indy, it’s mentally quite challenging because they give you time to relax for a moment but in fact you’ve got to keep thinking. You’re trying to make gains on the guy in front and pull away from the guy behind so you’re thinking about the cockpit tools to make the car that little bit better each lap. And you’re doing it at 220mph or whatever, so boom, suddenly you’re at the turn and you’re trying to get it absolutely perfect but you’re also trying to feel if the changes you made with the tools on the straight have been positive or negative for the handling. Yeah, your brain is busy.

“So I think that’s one of the best things from the Texas race,” he said of his first IndyCar race on an oval, where he qualified 19th of 27 cars and went on to finish 11th, despite on one occasion stalling as he left his pitbox. “Obviously a banked 1.5-mile oval is very, very different from Indy, but the speeds aren’t so different, and you’re still having to think a lot and learning about constantly running in dirty air and how to deal with it.

“And things like how the car handles on full fuel with fresh tires after a pitstop is different from how it was 20sec earlier when you brought it into the pits on worn out tires and empty tanks. It’s a massive change at Indy. All that fuel in the rear gives you understeer, and when you’re in traffic, that’s fine, that makes the car feel more secure, but as soon as I got past the car in front and went in clean air, at Turn 3 the steering felt really light and the car was pushing hard. I was like, ‘Whoah! OK, time to back up on the tools. I was not expecting that.’ It’s just another of those things you have to remember after every stop, while keeping cars behind you.

“I think as a rookie, it’s a massive challenge, but like I said, I do think we’re in the running if I take onboard all the experiences we’re going to go through in the practice days. Dale Coyne Racing has good cars, I have the perfect teammate to learn from in Takuma. Yeah, I think we’re contenders.”

How IndyCar's newest champion is becoming even more formidable
Other IndyCar drivers may have stolen the headlines so far this year, but reigning champion Alex Palou heads the points…

Autosport
Why Alex Palou is more formidable than ever in 2022

Other IndyCar drivers have stolen the headlines, but four rounds into the 2022 season, it’s the defending champion Alex Palou…

Motorsport
Palou: It would be “amazing” for IndyCar to return to Japan

Stefan Wilson will enter the Indianapolis 500 for the fourth time in his career, as Cusick Motorsports backs him for…