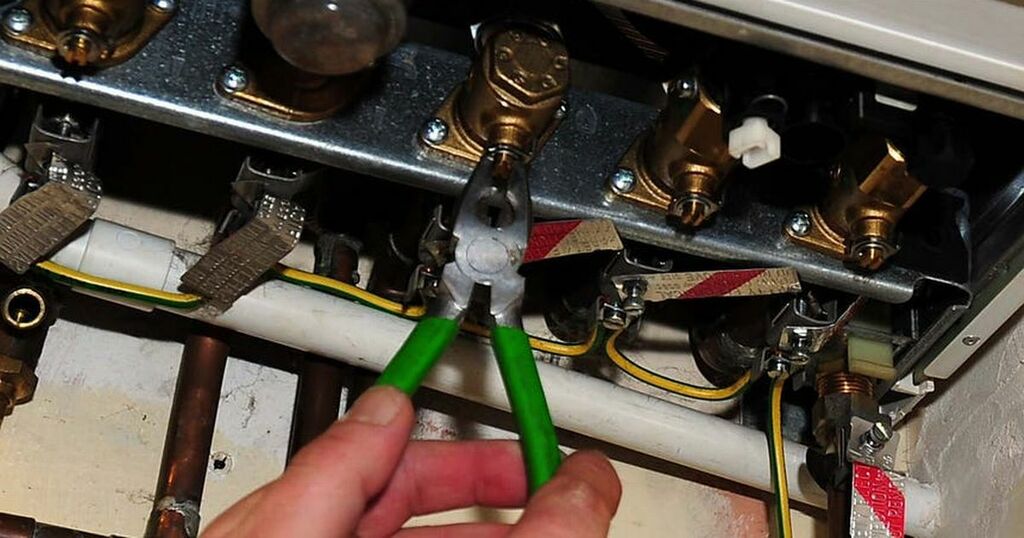 A cowboy gas fitter breached health and safety rules when he put his customers lives at risk by fitting boilers in backwards.

Jordan Hare, 33, of Cardiff, carried out shoddy work at the homes of four victims which could have potentially led to gas leaks.

A court heard he also took the life savings from one of his customers, who paid £31,000 for work on his home in order to help his cancer stricken son.

At one stage, Hare was made subject to a prohibition notice by the Health and Safety Executive (HSE) but he continued trading and carried out work which he was not qualified to do.

A sentencing hearing at Cardiff Crown Court on Thursday heard the defendant carried out the offences between September 1, 2016, and Februarty 28, 2018, when he was not signed up to the Gas Safe Register, which meant any gas work carried out by him was unlawful.

Prosecutor Thomas Stanway said the first victim Anthony Miles paid Hare £31,000 to carry out work on his home in Crosskeys, Caerphilly, for a walk-in bathroom for his son who had leukemia.

He persuaded Mr Miles to replace his boiler but when the work was later inspected it transpired the gas hob was unsafe and the boiler had not been properly fitted. The victim was left without heating in winter and suffered headaches from a gas leak.

In his victim personal statement, Mr Miles said: "The defendant has devastated my life in so many ways and I have lost trust in everyone. I feel foolish for allowing the defendant to manipulate me at a time of hardship.

"He was callous and heartless in his execution and befriended me and my son to get our trust and take all my savings. I have been totally destroyed by events and not a day goes by when I don't think about the destruction the defendant has caused and the thought of it happening to someone else churns my stomach."

The second victim Rajma Begum employed Hare to carry out work on her home in Tremorfa, Cardiff, but he pressurised her into fitting a new gas boiler and radiators.

Ms Begum was unable to ignite the boiler once it was fitted but the defendant left her for days without heating before returning. The work, which cost £1,800, was never completed and an inspection later revealed the boiler was unsafe.

The third victims were Shemi Lloyd and Marian Merkova who had work carried out at their Birchgrove home by Hare and persuaded them to move the boiler. After work was completed the shower was left running boiling hot or freezing cold.

When they called Hare they received no answer so called another plumber who told them the boiler had been fitted in backwards. The work, which cost £12,000, was later found to fail adequate safety standards.

In his victim personal statement, Mr Lloyd said: "The defendant pretended to be from a database of reputable tradespeople and we took him on his word and put trust in him.

"We have experienced anxiety of living in an unsafe environment and the costs of putting everything right. We had to factor in a number of other costs including fixing the bathrooms and most upsetting is the effect on our young son."

The fourth victim Karen Walsh commissioned the defendant to carry out work on a property she owned in Adamsdown but she became concerned about the quality of the work and inconsistincies over payment methods.

She became more and more disatisfied and employed another contractor. An inspection of the work revealed the boiler was "immediately dangerous" and if connected to the gas supply would cause a risk to "life and property".

The court heard Hare, of Foxberry Close, Pontprennau, was imprisoned in 2019 to three years and nine months for building work carried out on Mr Miles' property and had since been released from prison.

Defence barrister Martha Smith-Higgins conceded the work was beyond her client's ability and was carried out illegally, but she said the defendant had pleaded guilty at an early stage. She also said the offences were almost four-years-old and if he had been sentenced at the time he would have served a prison sentence.

Sentencing, Judge Jeremy Jenkins said: "It almost beggars belief that you plumbed in boilers backwards causing real risk to life and safety of the proprieters by gas leaking occasionally from various appliances."

He admitted that since the defendant's release from prison he had "turned his life around" and was now working for a railway repairs company.

Hare was sentenced to 10 months imprisonment suspended for 18 months, and ordered to carry out 200 hours unpaid work and an rehabilitation activity requirement of 15 days. He was also ordered to pay £125 in compensation to Mr Miles.