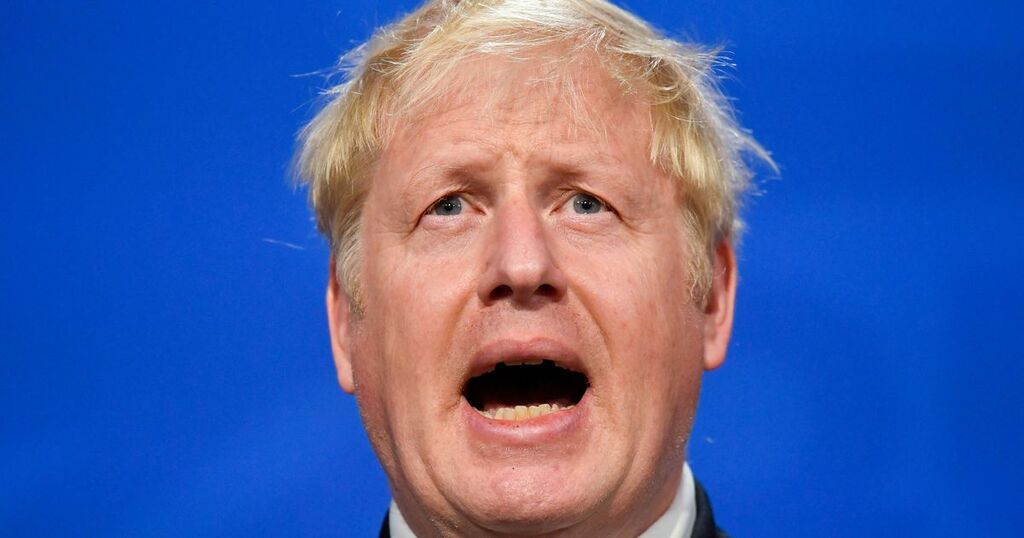 Boris Johnson was back behind the lectern twice today to put forward his government's plan to pay for social care by raising National Insurance for working people.

Facing down heckling and anger in the Commons, the PM was flanked by Chancellor Rishi Sunak and his new Health Secretary Sajid Javid in Parliament, before taking to the podium again in a press conference this afternoon.

And here's what his secret gestures really meant, according to body language expert Judi James...

Boris’s performance in the Commons this afternoon was one of his best in terms of body language delivery. The usual show-boating gesticulations he tends to use when he gets into trouble - like the constantly clunking fist and the stabbing gestures with his index finger - were kept to a minimum, and when the stubby finger was unsheathed it was during a moment when he was making a congruent point.

The synchronisation of his words and movements did hint he actually is convinced his social care funding plan is the best one. He didn’t even need to use his current get-out phrase of ‘This is the right thing to do’ that he often trawls when it might not be, and when he hit a crescendo of narrowed eyes and raised voice to stamp his authority across the session, it looked convincing - and even he looked convinced.

Rishi Sunak and Sajid Javid sat one either side like nodding book-ends in a display of unity that, although it didn’t look entirely convincing, certainly suggested it had been agreed as an intentional gesture in the face of rumours of rifts.

Sajid nodded every time Boris looked back at him, regardless of the script but Rishi didn’t need to bother as Boris rarely if ever glanced in his direction as he spoke.

At the end of the speech though, Rishi curled one hand into a fist to punch Boris on the arm in a mock-attack signal of congratulations and unity. It might have been performed as a compliment but it was still a punch nevertheless.

Boris still kept his eyes to his right during this non-verbal victory roll and it wasn’t until the press conference, where the three men took to their lecterns side by side, that we could tell whether Boris and Rishi are the new Thor and Loki of the political world or not.

Still looking surprisingly fresh and perky and rather like a candidate on First Dates in his well-fitting, uncrumpled suit and radical short haircut, Boris retained the air of a man both convincing and convinced about his plan throughout this press conference, maybe even more so than when he was pitching his Brexit plans.

All three men adopted the body language gestures of a building site as they built their case. Sajid held both hands out to mime stacking and moving invisible bricks. Boris’s cupped hands appeared to be shovelling away rubble, and he performed an illustrative measuring gesture at one point, while Rishi’s expansive, winding hand gesture looked like a cement mixer in action.

Rishi leant over his lectern in what looked like an attempt to convince and his key words were ‘honesty’ and ‘trust’. Sajid made his speech with his eyes direct to camera and his key word was an emphatic ‘together’ with a hand falling out towards the PM and Chancellor to signal unity.

Boris did appear more easy with Sajid - or ‘Saj’ as he calls him - and his eyes rarely turned to his Chancellor, but he was otherwise neither defensive or evasive in his delivery. At one point his direct eye contact with the press involved a rounded eye shape that did indeed seem to illustrate this new air of ‘honesty’.

The bonds between the three men appeared to factor in some signals of ambition from both Sajid and Rishi but also a sense of loyalty from Boris, who had already shown his capacity for fierce loyalty in the Commons earlier. He had praised and gazed up at ex-minister Matt Hancock when he rose to his feet to adopt a pose of angry-looking defiance as he was heckled while asking a question from the benches.

The three men made a vigorous-looking team and were clearly all pointed in the one direction... for the time being, at least.