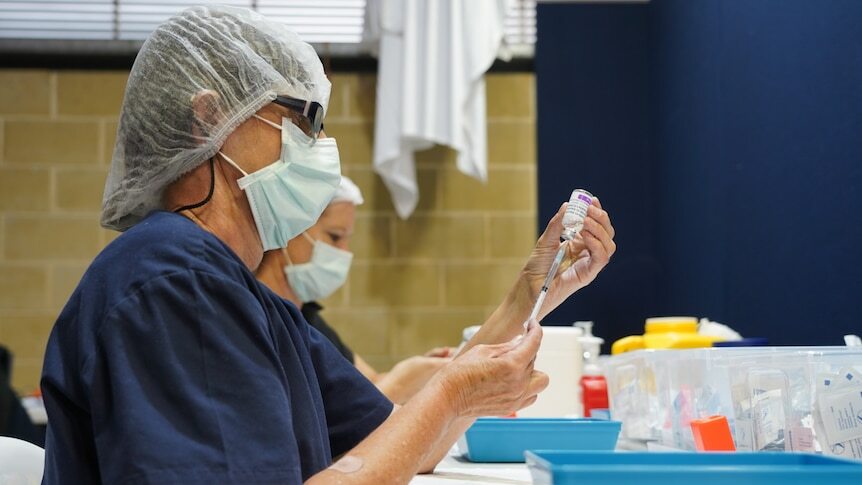 The union representing aged care workers fears staffing shortages will worsen after vaccinations become mandatory tomorrow, despite immunisation rates being above 90 per cent.

As of Wednesday, 92 per cent or 22,302 of Western Australia's aged care workers had been vaccinated, meaning around 1,700 were yet to receive a shot in WA.

While the rate has rocketed up since the deadline for mandatory vaccination was announced, WA still has the lowest rate in the country.

The overall rate across Australia is sitting at 94 per cent, with the ACT leading all other jurisdictions at 97 per cent.

"Aged care is so understaffed right now," she said.

"Currently, almost every day a shift won't be filled in an aged care facility.

"You take even 5 per cent of staff out when it is already understaffed, I think we've got a bit of a crisis.

"That is going to mean that older Australians currently in aged care in Western Australia are going to suffer.

"I think providers are going to be scrambling to fill shifts and have enough staff on the floor, particularly in those areas where there are lower vaccination rates."

On Tuesday, WA Health Minister Roger Cook said aged care providers had assured him they would be able to meet any staffing issues related to the mandatory vaccination deadline.

"We have been liaising with the aged care sector very closely over the last few weeks, [and] they are confident that they will be able to make sure that all their facilities are staffed," he said.

"I would urge all aged care workers to get themselves vaccinated.

"They care for a very vulnerable cohort in our community."

Ms Smith said there should be an exemption or a moratorium for providers who would be left short-staffed after Friday.

"So we can go in and talk to those staff, ease their fears and their concerns, give them access to the vaccine, so we can have a safe and positive aged care sector," she said.

"What we need is more clarity and more time. There has been absolutely not enough work, not enough planning and not enough communication from the federal government about this."

Mr Cook said WA's Chief Health Officer had the capacity to create exemptions in certain situations if he was convinced that vaccination was imminent.

At the beginning of September, a federal Health Department spokeswoman told the ABC it was working with every residential aged care facility to ensure every worker had access to vaccinations before September 17.

"Workers also have priority access for a COVID-19 vaccination at primary care sites and state and territory clinics.

"The department is engaging frequently with aged care and disability providers, focusing intensively on facilities with lower vaccination rates and providing additional assistance to help workers get vaccinated.

"All aged care and disability workers are strongly encouraged to get vaccinated as it is the best protection against hospitalisation and death from COVID-19."