Covid vaccine booster shots: why are third jabs needed and who in Australia is eligible? 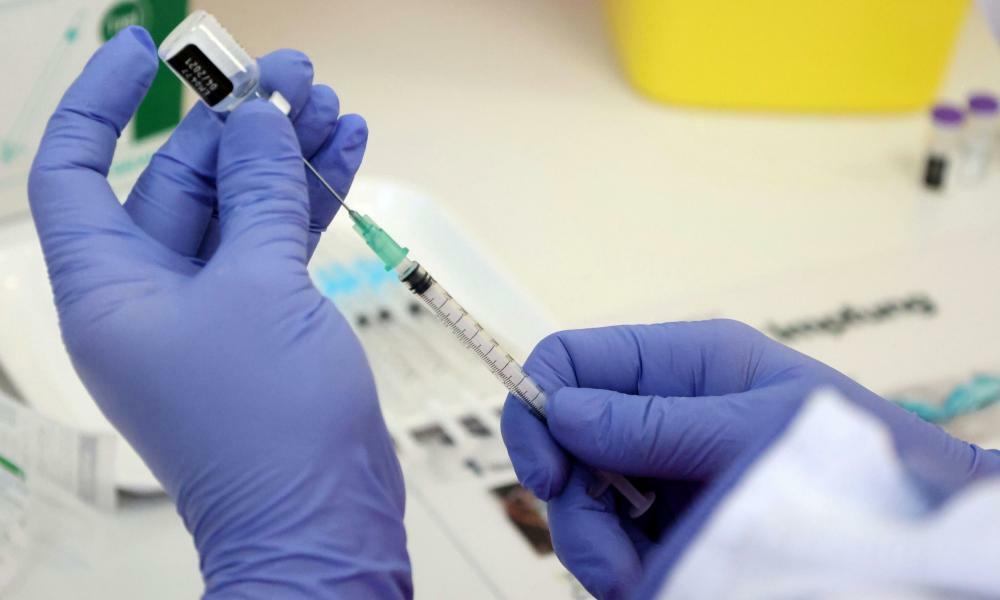 Severely immunocompromised Australians will be able to get Covid-19 vaccine boosters from Monday, after Australia’s vaccine regulatory body approved the jab for the vulnerable section of the community.

In advice released on Friday, the Australian Technical Advisory Group on Immunisation (Atagi) recommended the third vaccine dose for all people aged above 12 who either have conditions that severely weaken their immune defences, as well as patients receiving cancer treatment and other therapies.

The government expects about 500,000 Australians to be eligible for the initial rollout of booster shots.

However, not all of the older Australians who were first to receive vaccines in early 2021 will be eligible for the early booster shots, and it’s less clear how and when boosters will be administered for the rest of the population.

Here is everything we know about Covid-19 vaccine booster shots.

When announcing the booster program on Friday, chief medical officer Paul Kelly said the severely immunocompromised group would include people who were already seen in phase one of the vaccine rollout to be priority groups.

“There are people … who have had transplants that have medications to dampen their immune system. But there are others on certain types of arthritis medication and steroids, for example. Those that are born with immunodeficiency, there is a group of those as well as people that are living with HIV who are not controlled under therapy.

“The recommended interval for the third dose is two to six months after their second dose of vaccine,” Kelly said.

If I’m eligible, when and where do I get it? Is there a recommended interval between the second and third dose?

You can book your third vaccine from Monday if you’re eligible, and receive it from any of the settings already participating in the rollout.

The recommended interval for the third dose is two to six months after their second dose of vaccine.

Do I have to get the same type of vaccine as my first two doses?

It depends. The Atagi advice is that third doses are of an mRNA vaccine – which are currently the Pfizer or Moderna options.

Kelly also said that, in the above example, if Pfizer is not available, Moderna can be substituted, and vice versa.

However, Kelly said there may be certain circumstances where you need an AstraZeneca vaccine as your third dose, giving the example of someone who had side effects after receiving a second mRNA vaccine.

Who will be next in line? And when?

Health minister Greg Hunt said the government is expecting advice from Atagi about the general population’s stage of the booster program “before the end of October”.

The government will consider advice for health workers, as well as people with less severely compromised immune systems.

There are likely to be further stages of eligibility which correspond to eligibility in the initial rollout, as opposed to the entire population becoming available at once. Hunt said “how we roll out the boosters will follow time”.

Does this put everyone else without the booster at risk?

The urgency behind booster shots for severely immunocompromised people is ensuring all of the vaccinated population has antibodies in their system.

Robert Booy, a University of Sydney professor of vaccinology told Guardian Australia that vaccine data had suggested “at least half of severely immunocompromised people may not have had an immune response to either of their first two doses of vaccine”.

“The question is, does it make antibodies and t-cells in your system? The combination of those protect you, because they will provoke your immune system to respond.

“The third dose increases the chance of an effective response in severely immunocompromised people,” Booy said.

It is for this reason that Booy believes most Australians won’t need third doses until at least March next year, before the winter season.

Even older Australians who were vaccinated in the first months of the rollout don’t necessarily require a third dose immediately to be protected, Booy said, because an older immune system alone does not pose the same issues.

“If they’re old, provided they’re a robust person who is still walking about in the community, that’s fine. But if they’ve got chronic diseases, then that becomes a problem.

“We haven’t got winter coming for another six months in Australia, so we can wait and look at the evidence coming out of the United States, Canada, Europe and Israel to know more about the effectiveness and safety of booster shots. It’s an advantage for us,” Booy said.

How are other countries using boosters?

While Covid vaccine booster rollouts are taking shape in the United Kingdom and the United States, Israel’s vaccine program is the most advanced.

Israel began administering third doses for its general population months ago, and the first data evaluating the impact of its booster program has found that two weeks after more than 1.1 million over-60s had received their third dose, they were 11.3 times less likely to become infected with the Delta variant that currently predominates in Israel and across the world.

As a result, Israel’s government has moved to incorporate booster doses into its vaccine freedom “green pass” system. Green passes are only valid for six months after their second, or third booster shot, or after recovering from Covid.

Does this mean years of booster shots?

It’s unclear, according to Booy, who says there hasn’t been sufficient time for enough real world data.

On Friday, Paul Kelly said: “At the moment, it appears the third dose will be enough, but we’ll just need to see”.

The emergence of new Covid-19 variants could influence the need for booster shots into the future.

Booy said governments must work to vaccinate those without an immune response to Covid so far, including their own severely immunocompromised residents as well as the populations of developing nations without significant vaccine uptake.

“It’s people without the benefit of the vaccine where mutations can occur, because it keeps replicating, … and imperfect copies are made more often in immunocompromised people.

“So it’s our local half million of severely immunocompromised people, but also the two billion people in the world who haven’t been vaccinated, before we start giving third doses to people with mildly compromised immune systems in Australia,” he said.