A New Zealand teenager has broken a Guinness World Record for the most carriages in a Lego toy train, beating the previous record by 32 carriages, after he was inspired to break a record during boring Covid lockdowns.

In order to qualify for the record attempt the train had to pull the weight of the trailing carriages along a 10-metre plastic track. It also had to be made with a specific type of Lego, be publicly displayed, captured in one single video and have witness statements from an independent judge.

The high school student made his record attempt in May, with the Guinness World Records confirming his success on its official page this month.

“Even though I had the high idea that it was done, it still wasn’t official,” Blong said on Wednesday after a nerve-racking wait for the confirmation email. “I woke up one morning and checked my emails and it said I was now the official record holder. I was pretty ecstatic.”

Blong has been a keen Lego builder since he was four years old and has long followed Guinness World Records attempts on YouTube. The inspiration for the toy train record came during one of New Zealand’s Covid-19 lockdowns.

“I was bored, as most people were, and watching Netflix. There was this show I really liked called Snowpiercer which was about this really long train that goes around the globe.”

He wanted to replicate the train and, in the process, thought to himself that someone may have already done this for the Guinness World Records. He was right – the previous record was set in 2019 by KK Cariapa​, John Seemon​ and Nexus Malls​ of India and The Lego Group of Singapore in Maharashtra, with their 69-carriage train.

“It was pretty cool that I was able to beat the record held by these massive corporations,” Blong said.

Blong was personally in charge of building the carriages and designing the train – including adapting the locomotive so that it could pull the weight of the carriages – but called on a team of 10 people to help him connect the track and carriages for the official event, which was held at Auckland’s Britomart train station.

Blong credits his win to the wider Lego community.

“It was cool to see that when a large group of people come together, you can create these really big things and then the Guinness World Record is basically a way to certify the scale and importance of it.”

The train will travel with Blong to Lego shows around the country to be put on display so “other kids can enjoy it and it [doesn’t] sit in some basement or cupboard”.

The teenager’s room now sports an official certificate and frame, but Blong is taking the win in his stride and looking to his next challenge – competing in the 2022 Pokémon world championships in London, another of his major passions.

“When I achieve these things, I don’t tend to dwell on them – it’s really great – but I always look forward to the next accomplishment.” 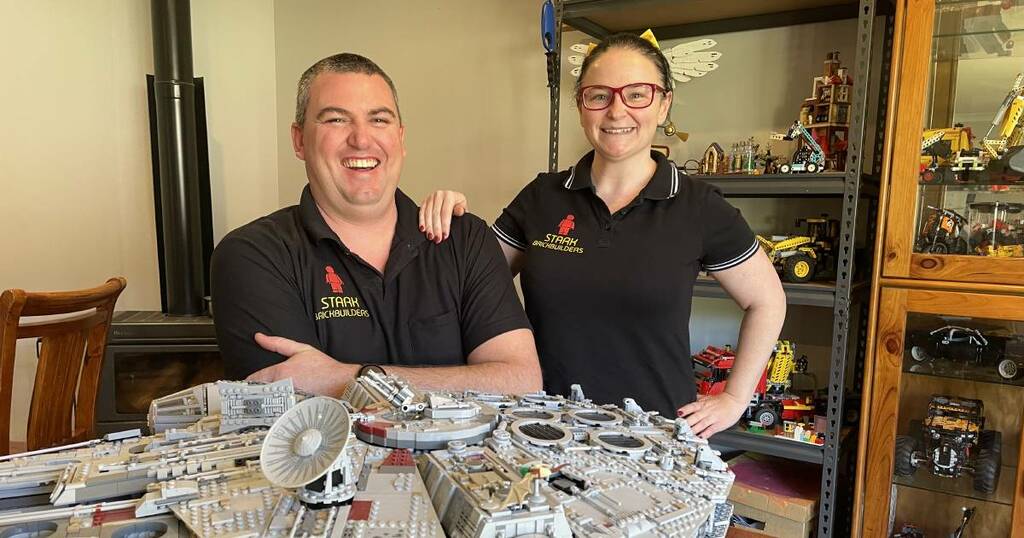 Changing the world, one brick at a time: Stark-raving mad about Lego
A mutual interest in Lego two years ago led Neville and Jacquie to form Stark Brick Builders.

Newcastle Herald
From analysis to the latest developments in health, read the most diverse news in one place.
Carly McNaul taking inspiration from Northern Ireland teammate after missing out on gold

"This drives me on so much. I still haven't got what I want and I will keep going until I…

Village cricketer Mark Pankhurst attempted to recreate Joe Root's stunning reverse scoop shot while batting in the nets, but his…

As NZ win their first SailGP event in Plymouth, Kristy Havill goes behind the scenes of the team and the…

The Guardian - AU
One place to find news on any topic, from hundreds of sites.
Talent Unearthed: Callaghan's Theo Landish is taking off

"Even my school teacher, she interrupts class to play my music."